Is Constant Ketosis Necessary – Or Even Desirable? 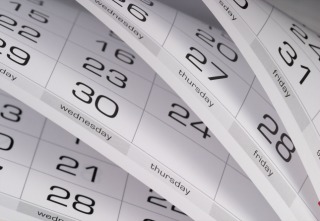 Every day I get links to interesting papers. It’s hard not to when thousands of new studies are published every day and thousands of readers deliver the best ones to my inbox. And while I enjoy thumbing through the links simply for curiosity’s sake, they can also seed new ideas that lead to research rabbit holes and full-fledged posts. It’s probably the favorite part of my day: research and synthesis and the gestation of future blogs. The hard part is collecting, collating, and then transcribing the ideas swirling around inside my brain into readable prose and hopefully getting an article out of it that I can share with you.

A while back I briefly mentioned a paper concerning a ketone metabolite known as beta-hydroxybutyrate, or BHB, and its ability to block the activity of a set of inflammatory genes. This particular set of genes, known as the NLRP3 inflammasome, has been linked to Alzheimer’s disease, atherosclerosis, metabolic syndrome, and age-related macular degeneration. In other words, it’s in our best interest to avoid its chronic, pathogenic activation, and it looks like going into ketosis can probably help in that respect.

One thing led to another, and this paper got me thinking: once we “go into ketosis,” how long should we stay? If some is good, is more better? Is there a point where the benefits slow and the downsides accrue?

What do you notice?

These are both transient states that grow problematic when extended indefinitely.

Instead, you fast for 12, 16, 24, or on the very rare occasion 36 hours, and resume your normal diet after the fasting period has ended. You introduce an acute bout of food deprivation to upregulate your fat burning, trigger cellular autophagy, and generate ketone bodies.

You can’t train every waking hour. That’s called working in a forced labor camp, and it too leads to very poor health.

Instead of training 12 hours a day, you sprint, or lift weights, swing a kettlebell really intensely, or any other type of training two or three times a week. Then, you rest and recover and eat, and grow stronger, more fit, and faster in the interim.

Ketosis isn’t fasting. It’s not starvation. You’re still eating, although your appetite may be reduced (which is why many people lose weight from ketogenic diets). You’re still taking in nutrients, even if glucose isn’t among them. And ketosis isn’t anywhere near as acutely stressful as a strong training session. But I think the principle stands: these are all stressors that exert benefits, at least in part, along the hormetic pathway. And when it comes to hormetic stressors, too much of a good thing usually isn’t very good.

What Does This Mean for Indefinite, Long-Term Ketogenic Dieting?

My personal hunch (and I’ve said this for as long as I can remember) is that indefinite ketosis is unnecessary and perhaps even undesirable for most healthy people, and that occasional, even regular dips into ketosis (through fasting, very low-carb cycles, intense exercise) are preferable and sufficient. That way, you get the benefits of cyclical infusions of BHB and other ketones without running afoul of any potential unforeseen negative effects.

That’s it for today, folks! What about you? If anyone’s been on a long-term ketogenic diet, I’d love to hear how it’s worked for you in the comments below. Thanks for reading!