The Definitive Guide to Coffee 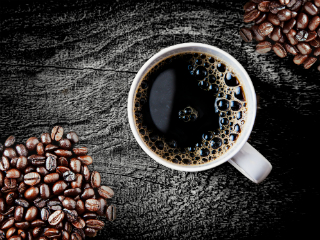 Yet it’s also considered to be a vice, one of those substances that “everyone knows” is bad for you.

Before I get into the evidence, let’s give the ending away early: it’s (probably) good for (most of) you. And yeah, I’m biased as hell. So what? It’s based on considerable evidence, and you likely share the same pro-coffee bias.

The majority of the evidence in favor of coffee consists of epidemiological studies—making observations of and gathering data from large populations. These cannot establish causation, but the trend is clear: it seems to be good for us.

Breast cancer: Consumption of caffeinated coffee, but not decaf, has a protective effect on postmenopausal breast cancer risk.

Cancer: Coffee consumption is associated with a modest reduction in cancer “at any site.”

Diabetes: Increasing your coffee intake results in a lower risk of type 2 diabetes, even if it’s decaf.

Liver cancer: Coffee has a protective relationship with liver cancer mediated by markers of liver damage and inflammation.

Mortality: Coffee consumption has an inverse relationship to all-cause mortality. Early mortality, that is; it doesn’t make you immortal. Though nurses who drink the most coffee do have longer telomeres.

Sun damage: Coffee and its polyphenols are associated with protection against photoaging.

It becomes even more convincing when you realize that coffee isn’t a conventionally “healthy” beverage. There’s very little room to make the “healthy user bias” argument.

Potential disease and death avoidance is an important feature of coffee, to be sure, but what about the shorter-term benefits? Most people don’t drink coffee to “improve their postprandial hyperglycemic response.” They drink it because it makes them feel good and improves their performance.

It boosts executive functioning and working memory (so long as the task isn’t highly dependent on working memory). Coffee also improves your mood and makes you think you’re drawing from a bottomless well of mental energy, an effect that may be even more important than the actual physiological effects on cognition. I call it productive optimism, and I rely on it for quick bursts of creation and idea generation in the morning. Even decaf works, as the chlorogenic acid present in both decaf and caffeinated coffee have been shown to improve mood.

Coffee is great for workouts

Whether it’s endurance, HIIT, sprint, badminton, resistance training, or almost any athletic pursuit you can name, a cup or two of coffee before your workout can improve performance.

And contrary to popular belief, coffee does not dehydrate you. Studies show no difference in hydration status between people drinking coffee, water, or other beverages. One measured fluid, electrolyte, and renal indices of hydration over eleven days of caffeine consumption in human subjects, finding that doses of up to 6 mg caffeine per kilogram of body weight had no effect on body mass, urine osmolality (urine concentration), urine specific gravity (concentration of excreted materials in urine), urine color, urine volume, sodium excretion, potassium secretion, creatinine content, blood urea nitrogen (forms when protein breaks down), and serum levels of sodium and potassium.

Coffee is the biggest dietary source of polyphenols

Maybe if goji berry tea shops were on every corner, every man, woman, and child ate acai bowls for breakfast, coffee wouldn’t be the biggest source of phytonutrients. Gram for gram, coffee ranks behind most berries. But in the real world, where most people drink several large cups of coffee each day, coffee is the the primary way we get our antioxidants. That’s true for Japan, Spain, Poland, and many other countries.

You Primal folks reading this over your Big Ass Salads full of colorful veggies and typing away with your turmeric-dusted fingers get the best of both worlds: the big load of coffee polyphenols plus the antioxidants found in all the other colorful produce the world has to offer.

True, there are some negative studies. Animal studies in particular are more likely to show negative results. But it’s important to realize that animals are not habitual coffee drinkers. Giving a group of lab mice a bunch of caffeinated coffee isn’t the same as giving it to humans who’ve been drinking it for years. Caffeine, like so many other plant compounds we hold in high regard, is a natural plant pesticide that certain plants (like coffee and tea) employ to ward off and even kill small predators. The bulk of the evidence suggests that humans have co-opted this “toxin” and made it healthy, hormetic input that, in the right doses, improves our health and well-being.

That said, not everyone should start a pot-a-day habit. Depending on several variables, coffee consumption has its downsides.

Coffee has an obvious relationship with sleep: it counters it. The most common use of coffee is to stay awake. It can’t replace sleep over the long term, but in the short term it can mitigate the cognitive deficits.  And studies indicate it can have a bad effect on sleep if consumed at the wrong time:

Caffeine crosses the placenta, and numerous studies indicate it has a deleterious effect on the unborn. Some possible effects:

Studies show that coffee induces a modest but noticeable spike in cortisol that levels off as you become habituated to coffee. However, it may inhibit your ability to modulate existing cortisol levels. If you’re already stressed out, turning to the bean may make things worse and keep cortisol elevated.

Folks who drink coffee regularly probably don’t need to worry about cortisol, since their bodies have acclimated to it and no longer register coffee as a “stressor.”

In slow and medium metabolizers, caffeine lasts longer in the blood and has a stronger effect. They’re the ones who get cracked out after a half cup of coffee, or can’t have caffeine after noon if they want to sleep that night. Fast metabolizers are the opposite. They process caffeine very efficiently, and it affects them less. These are the types who can have a quad espresso before bed and sleep like babies.

Caffeine isn’t an upper in the classical sense. Instead, caffeine acts by mimicking a compound called adenosine and binding to its receptors before the real thing can. Adenosine is a byproduct of neuronal activity. The more active your brain is, the more adenosine it produces. When adenosine levels get high enough, they bind to adenosine receptors and trigger sleepiness. By blocking adenosine, caffeine counters sleepiness and increases cognitive function, but it also inhibits another, more helpful effect of adenosine: vasodilation, or widening of blood vessels.

Consequently, slow caffeine metabolizers who drink a lot of coffee appear to have higher rates of diseases linked to poor vasodilation:

These aren’t good. Research shows that slow metabolizers can get away with about a cup or two of coffee a day, but not 3+.

How to do it right.

I won’t debate the various brewing techniques. No one way is best, and everyone has their favorite method. But a new method that’s been taking the world by storm is cold brew. Try 12 ounces of coarsely-ground light roast beans (one of the “third wave” single origin fancy types featuring “laced with toasted cacao nibs” and “ribbons of nougat and hints of boysenberry” on the label) to 60 ounces of filtered water with a few splashes of Trace Mineral Drops. Sit at room temperature for at least 12 hours and filter through a French press. The result is an intense coffee concentrate, sort of a “cold espresso.” You can drink it straight up in small amounts with a dash of cream. But personally, if it’s colder out, I’m still a sucker for my dark roast brewed in a French press with a bit of pastured heavy cream and a teaspoon of sugar.

Don’t drink it first thing in the morning

Cortisol follows a circadian pattern. Right before you wake up, cortisol spikes to prepare you for the day. Right after you wake up, it spikes again, pushing you to the highest levels of the day. Drinking coffee when cortisol is high is somewhat redundant. Since you’re getting less of an effect from the coffee, you’re more likely to double up the dosage and therefore spike your tolerance. A better way is to wait about an hour after you wake up to have your first cup.

Drink coffee when you don’t need it

This seems counterintuitive, but bear with me.

Coffee works much better when you’re well-rested and those adenosine receptors are clean as a whistle. That’s when coffee truly shines. Rather than waking you up, it propels you forward to productivity, optimism, and greatness.

Coffee does help counter fatigue and sleep deprivation in a pinch, but it’s more of an equalizer than a booster. And it’s not a good long-term solution for lack of sleep. Nothing is, really, except more sleep.

Don’t worry too much about organic

Studies show that coffee processing destroys the vast majority of coffee pesticides. In one extremely reassuring study, washing the green coffee beans eliminated 15-58% of pesticides and roasting eliminated up to 99.8%. By the time they got around to brewing, none of the 12 studied pesticides were detectable.

Some people under certain contexts, or with certain genetic variants, shouldn’t drink as much coffee as the rest of us. And you probably shouldn’t drink coffee at night, or count on it to replace sleep. But all in all, coffee has some very cool effects.

It’s good for productivity and mood.

It contains a whopping dose of antioxidants.

It’s consistently associated with protection against a host of diseases and conditions.

What do you think, folks? Do you drink coffee? Is it nectar from the gods or bile from the underworld? Maybe both, depending on the day?