Zen and the Art of Calisthenics 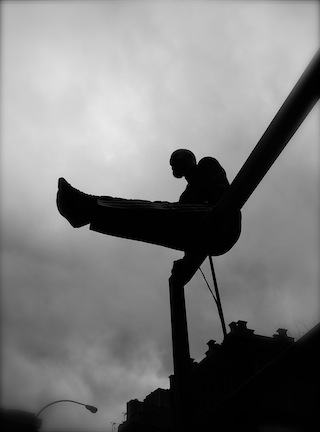 This is a guest post from Al Kavadlo of AlKavadlo.com.

When it comes to exercise, there are a lot of options. With such an abundance of fitness programs and modalities, it can get overwhelming trying to discern which method is best for you. While there are a lot of people out there who will offer you advice on your fitness journey, ultimately it is up to you to make your own decisions. That’s right—only you have the power to change your body and improve your life. Others can help illuminate the path, but the responsibility rests on the individual. Through sharing some of my experiences, however, maybe I can get you asking some questions you hadn’t considered until now.

Throughout my life, I’ve experimented with dozens of different exercise modalities. I’ve used barbells, dumbbells, kettlebells, medicine balls, sandbags, and just about every other heavy object I could think of to try lifting.

I’ve done parkour, martial arts, marathons and yoga. I even tried a triathlon.

I believe my various experiences have helped me become a more well-rounded physical specimen, but after all of those things, I always come back to the simplest, most direct way of training I’ve ever known—calisthenics (aka bodyweight training).

I love calisthenics training because it requires nothing more than your body, your mind and your warrior spirit. You don’t need to buy anything, go anywhere or put on any special clothing. Anybody can start right now. As Maya Angelou once said, “Ain’t nothin’ to it but to do it.” (Or was that Ronnie Coleman?)

There’s a lot to love about calisthenics, but my favorite thing is how it keeps you in the present. When you’re working on developing a new skill, you need to give all of your attention to the task at hand. When you are completely focused on your training, the division between body and mind breaks down and everything else seems to fall away. This is what I’m referring to when I talk about Zen mind. 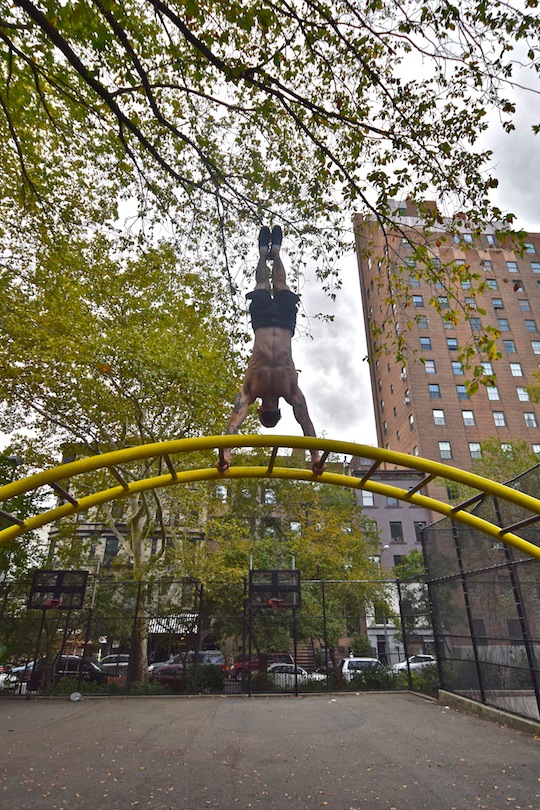 Training with nothing but your own body is about as primal as it gets. It also teaches you to become aware of the subtle nuances of movement. Using machines instead of your bodyweight neglects this key aspect of fitness. When you strip away the extraneous equipment, it directs your focus back to your own body. Don’t get me started on people who read magazines or watch television during their “workout.”

I am continually amazed at how out of touch the average person is with their body. For example, when I ask a new personal training client to try moving their shoulder blades without moving their arms, they usually cannot find the coordination to make it happen. However, these types of subtle movements can be the difference between learning to do a pull-up correctly and injuring yourself.

The term “proprioception” refers to the sensory ability to feel different parts of your body moving through space in relation to each other. This is such a crucial aspect of fitness which is often overlooked. Only once somebody truly learns to feel how their body moves, can they make significant gains in functional strength. You need to pay attention to the nuances of movement if you want to be fit.

It’s easy to get caught up in analyzing things in an attempt to find the “best” way to approach your workouts or any other part of your life. We all want to be efficient with our time and make good decisions, and that makes sense, but there is no substitute for actually doing the thing. You learn so much as you go! 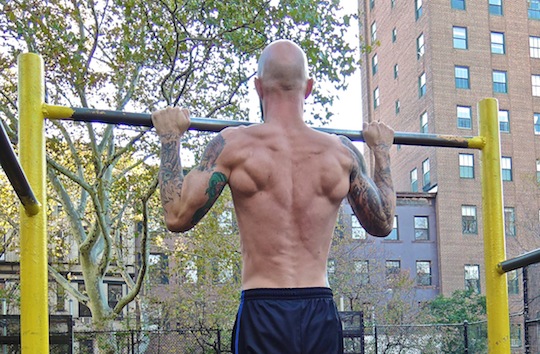 It’s also helpful to understand that strength is as much neurological as it is physical. Whenever you try to get your body to do something that it isn’t used to doing, it has to build a new neurological pathway to make it happen. Even when you ask your body to perform a familiar movement pattern, it will have a hard time if the leverage has been made less favorable than what you’ve become accustomed to. This is why there are lots of people who can yank a lot of weight on a lat pull-down machine but struggle to do a few controlled pull-ups. If your brain has never had to send that specific message to your muscle before, it must work very hard in order to arrive there. The message often comes in fuzzy.

Imagine using a machete to chop your way through the thick vines of a jungle. This is how hard your brain must work to get your body to do something for the first time. Now imagine you’ve lived in that jungle for ten years and walked the same few routes over and over, gradually clearing away the brush little by little. Eventually the path would be easy to walk and you’d arrive on the other side much more quickly, and with much less effort.

The same thing happens in your brain with consistent training. Over time, the pathway becomes clearer and the message arrives faster. The body adapts to whatever stimuli it is consistently exposed to. A body that is regularly called upon to apply force against resistance will get better at doing so.

Weights have their appeal (and I used them for a long time) but in the end I eventually lost interest and decided to devote myself solely to calisthenics. If you want to excel at any single discipline, at a certain point you will have to set other things aside. Moves like elbow levers and one arm pull-ups don’t happen without dedication and patience!

Bodyweight training is also relatively safe compared to other methods. Obviously, the odds of dropping a weight on yourself are non-existent if you aren’t using any! And as for those fancy looking machines in commercial health clubs—they are all hype. Their sole purpose for existing is to get people to spend money on gym memberships. They don’t work as well as bodyweight exercises, but they sure do look high-tech! Sadly, that’s enough to trick the average person into shelling out lots of money for a gym membership they’ll probably never even use anyway. 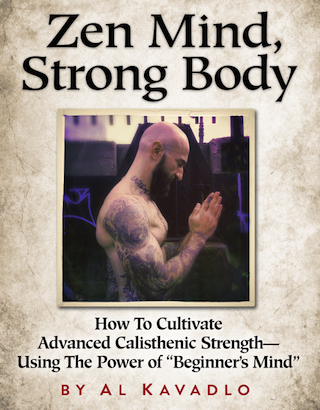 This doesn’t mean you can’t sculpt nice looking muscles using machines, it’s just a ridiculous way to go about it. Selectorized fitness equipment movement patterns are not natural, and will have less carryover into real life activities. Plus you’re much less likely to understand the movement of the human body if you’re never really moving! If everything you do for your workout involves sliding a fixed piece of machinery along a predetermined path, you’re just going through the motions. You’re not truly creating movement.

While modern exercise equipment has only existed for a few decades, human beings have achieved fantastic physiques for thousands of years. If you want to build a better body, the only piece of equipment you’ll ever need is something you already have—YOU!