Why These 10 Famous Thinkers Napped 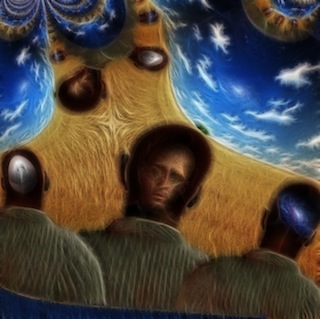 A few months ago, I wrote a guide to napping that included how, why, and when to flop down for a spell. That wasn’t a random throwaway post. It was the first salvo in a new war. I’m on a mission to legitimize the nap, to destigmatize the siesta for the average working human. And it’s not a selfish thing, because I can already pretty much take a nap whenever I want. I’m concerned about you. In a chronically sleep-deprived population such as ours, a 45 minute foray into the land of dreams can rejuvenate the mind, make up for sleep debt, and make us healthier and happier. Yet those who nap —or simply want to nap — often feel guilty about it, even if they have an hour or two to spare and are falling asleep at their desks. Perhaps it’ll make you feel better to know that some of the world’s greatest thinkers considered naps to be an integral part of their day — and their success.

Let’s look at a few of them:

Dalí didn’t nap to recover lost sleep or fight physical fatigue. He napped for insight and to stimulate his creativity. His naps were briefer than brief, millisecond-long glimpses of dreamspace from which he’d emerge with new ideas, visions, and solutions. Dalí describes his method in 50 Secrets of Magic Craftmanship. To ensure his nap didn’t extend into true slumber, Dalí would sit upright in a chair (“preferably of Spanish style”), head tilted back and resting in “a supineness of complete relaxation,” wrists lubricated in lavender oil to induce further relaxation, a heavy metal key loosely dangling between his fingers and poised above a plate. When sleep fell, the key would drop and strike the plate, waking Dalí before he could progress past a quarter second of sleep. This was the “sleeping without sleeping,” the slumber with a key, the hypnagogic nap, and, according to Dalí, the secret to his success. You can squeeze a quarter second in, can’t you?

I’m not sure if Coleridge was a habitual napper, but he took what might be the most famous nap in English literature. After a three-hour snooze that may or may not have been aided and abetted by a significant draught off the opium pipe, Coleridge awoke in a creative frenzy, stumbled over to his writing station, and penned the dreamy “Kubla Khan.” The poem manages to capture the intangible. What Coleridge discovered is that if you can seize the thread of the dream immediately upon waking and hold on, you can produce some interesting material. Naps just work better for this, for a couple reasons. It’s daytime, and you can see what you’re doing (and writing). It’s a lighter sleep, so you’re not stumbling around in a daze wiping sleep from your eyes at 2 in the morning.

If you’re a fan of Kubla Khan, check out Coleridge’s much longer “Rime of the Ancient Mariner.” I love that one.

In a kind of ironic foreshadowing of what his most famous invention would do to the sleep hygiene of the industrialized world, Thomas Edison didn’t really sleep much at night. Three or four hours was about all he could manage with his workload and impressive to-do list hanging over him. Besides, he thought sleep was a waste of time, an archaic holdover from the caveman days. But he also couldn’t escape it. So to satisfy the base physiological needs of his unfortunate meat body, he power napped during the day. These “dips into oblivion” were a source of guilt for Edison, but they also allowed him to work 18-20 hour days. Edison also used the quarter-second Dalí-esque naps to inspire creativity and overcome ruts, only he used a handful of ball bearings that would clatter to the floor and wake him.

Much is made of the Iron Lady’s disregard for sleep. During her tenure as Prime Minister of Britain, Margaret Thatcher slept just 4-5 hours a night and transformed British politics. But before you go and try that at home, get your genes sequenced. Thatcher had a rare genetic variant that allowed her to thrive on less sleep than the average person. And even then she needed daily naps. The Iron Lady ordained that she was not to be disturbed between 2:30 and 3:30 every afternoon, so vital was her nap time.

Einstein slept 10 hours a night, but he also napped frequently throughout the day. How’d he get anything done? His naps were of the micro variety, lasting mere seconds, and were designed not to replace sleep but to boost creativity. What’s remarkable about Einstein’s use of the hypnagogic nap is that, unlike Dalí and other enthusiasts who used it to offer insight into the artistic process, he spent his quarter second in that in-between state to solve intractable physics problems. We have the misguided notion that scientists aren’t creative, that they follow rote, linear processes to arrive at their destinations. Creativity is creativity, and it seems that Einstein was able to use the irrational half-dream, half-wake mindspace to great effect.

If you gave him a couple months to acclimate and the latest iPhone, Leonardo da Vinci would fit right into Silicon Valley biohacking circles. He created the first analog computer, which also happened to be a robot lion. He was obsessed with optimizing his productivity, going so far as to decry those who, rather than “work in such wise as that after death [they] mayst retain a resemblance to perfect life,” instead “art in sleep so like to the hapless dead.” His work-life balance was terrible. And to make it all possible, he was a master sleep hacker, taking a twenty to thirty minute nap every four hours.

John Fitzgerald Kennedy is widely regarded as one of the coolest presidents. He was a war hero and a handsome fashion icon along with his almost-as-famous wife Jackie, and he managed to avoid nuclear war during a tense standoff with the Soviet Union. But he also suffered from crippling back pain and lifelong colitis (I bet going Primal would have done wonders) which, coupled with the already considerable responsibilities inherent to the office and his dependency on strong pain meds, made daily naps a requirement for normal function. For two hours every afternoon, he and Jackie would retire to his suite for a nap, with strict orders that he was not to be disturbed for any reason. JFK preferred silent darkness (blinds drawn, zero disturbances). Between that and the colitis, he totally would have dug the PB.

An intense man, Churchill coined the term “power nap.” He regarded a nap between lunch and dinner as absolutely necessary for maintaining the kind of clear thinking he employed during World War 2, and always made certain to get to bed as early as possible after lunch. In The Gathering Storm, Churchill lays out his case for the midday nap: “Nature has not intended mankind to work from eight in the morning until midnight without that refreshment of blessed oblivion which, even if it only lasts twenty minutes, is sufficient to renew all the vital forces.” Yeah, I’d say that a 16-hour workday calls for at least a brief nap in the middle.

LBJ was a dedicated napper. After assuming the presidency and unveiling an ambitious plan that included civil rights, a war on poverty (and on Vietnam, unfortunately), and tax cuts, he enacted double-days. He’d get up at 7, work till 2 PM, nap till 4, have dinner, and work through the night until 1 or 2 in the morning. Without that 2 o’clock nap, he would have been a wreck. During the thick of the Vietnam War, the tormented Johnson often went with no sleep but a nap or two during the day. He napped during (other people’s) speeches, held cabinet meetings in bed and boxer shorts during his naps, and when he had the heart attack that ultimately killed him, he was napping at his Dallas ranch home.

Perhaps the most influential First Lady of all time (until Claire Underwood, of course), Eleanor Roosevelt was no idle housewife. She sat on committees, gave speeches, acted as US diplomat, and even helped form the United Nations. And before every speech or public talk she gave, Roosevelt would try to sneak in a nap to refresh her mind and body, prepare her for the task ahead, and boost energy.

Whether you like or dislike their art, writing, politics, performance in office, or inventions, you’ve got to admit that these 10 people managed to accomplish far more than most people ever do. And they did it while maintaining a consistent, daily napping habit. If these folks managed to do what they did while napping every day, what’s stopping you?

I’m sure I’ve forgotten a few, so let’s hear about it down below. Thanks for reading, everyone! New and Noteworthy: What I Read This Week—Edition 185