Why Romantic Love Is Essential to Human Experience 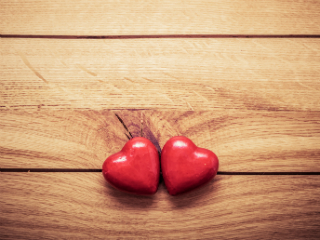 What? A post on romantic love? Has Sisson gone soft? No, I promise you’ll find no Hallmark material here. I’m the same empirically minded, rational guy you’ve come to know over the years. That said, the marketing forces of this week have inspired something in me. Not the desire to buy milk chocolate, but the drive to apply a Primal perspective to the topic of romantic love. As with most cultural phenomena, Valentine’s Day is part commercial hoopla and part genuine human inclination. So how do we honor the substance of the holiday while separating out the marketing static? Maybe a Primal lens (at least in the anthropological sense) doesn’t make for the most sentimental post about romantic love. But there’s plenty of authentic awe—and maybe some thought-provoking sense—to be had from the exercise. See if you agree…

First, when taking about romantic love from a Primal perspective, it makes sense to ask about its evolutionary payoff.

Sure, we can all understand the need for propagation of the species. If men and women didn’t reproduce, Grok and his kin would’ve died out long ago, and we wouldn’t be around to read this. But isn’t there a difference between mating and romance? Clearly. But, like all things in evolutionary terms, let’s be honest about what romance is: a means to an end. That shouldn’t, however, lead us to incorrectly characterize the kinds of experiences our Primal ancestors had when it came to romance.

People may assume Stone Age relationships contained none of the feeling or fidelity modern culture prides itself on today. Yet, the fact is, study of hunter-gatherer societies show that long-term pair bonding was as natural and essential then (if not more so) than it is today. Likewise, research reveals people likely practiced the same pattern of courtship as people generally follow today—“attention, recognition, dancing, synchronization,” to use one theorist’s amusing but astute description. Sure, Grok couldn’t take his sweetheart to the movies. But practices like dancing and gift-giving (whether extra fruit or whatever artisan creation he could come up with—personally made or bartered for) were as much part of the ritualistic game then as now.

And while there seems to be moderate agreement that the majority of actual marriages might have been arranged in most Pleistocene hunter-gatherer societies (likely to prevent interbreeding, encourage peace among different groups and make strategic alliances), there’s also evidence that men and women had the opportunity to share their own choices with the kin who made the arranging. And when politics beat out preference, there was still the shot of carrying on your chosen relationship outside of your arranged one. How’s that for accommodation? Plus, even if arranged marriages had been the norm in the late Pleistocene age, human instinct for individual mate selection secured its genetic foothold, a legacy most of us live and pair by today (arranged marriage or not).

So what would Grok be looking for in a mate? Most likely, our Primal ancestors would’ve been drawn to each other based on the traditional aspects of fitness—ones that suggested good health, survival capacity, sociability, and caregiving strength (e.g. symmetry, strength, intelligence, social skills, altruism, and compassion). Generally speaking, they would’ve stayed paired for personal as well as social reasons—maybe or maybe not for life, but in most cases at least for a number of years to ensure the bearing and mutual care-taking of their offspring.

But let’s not get too reductive. Evolutionary logic, as rational as it seems, doesn’t fully work by wholly reasonable means, as anyone who has been in love will tell you.

Human instincts, as we know, are genetic products that play out in our neurological and chemical responses. This is just as true with romantic love as anything else.

French poet Paul Valéry said, “Love is being stupid together,” and he was probably onto something there. Researchers have long studied the chemical picture of romantic love, revealing that feeling “in love” triggers the same brain centers as do addictive drugs, including the striatum and insula.

It’s interesting to note, however, that longer term love (as opposed to immediate attraction) activates the insula, which is in some regards the more complex region. Whereas the nucleas accumbens (part of the striatum) acts as a pleasure center, the insula assigns value to a particularly pleasurable source or activity to encourage our repetition and investment in it.

Recent experiments have deepened this understanding of this chemical interplay. Neuroscientist Kayo Takahashi and his colleagues have observed that people in the early stages of romantic relationships, when shown photos of their respective beloveds, experienced a dramatic surge of dopamine. Not only does this offer the assumed warm fuzzy feeling we often associate with the objects of our affection, but it does something else rather significant. It boosts the creation and securing of long-term memories.

Combine this pattern with the known triggering of oxytocin, another pleasurable hormonal response to social bonding (and within orgasm), and you have a cyclic pattern of reward and memory, which in essence conditions our partner preference. The result is a neurochemical recipe that encourages (but doesn’t of course determine) both ongoing affection and fidelity.

What does this all mean for us free-thinking moderns?

Years ago in school I read (as I’m sure many of you did) the 18th Century novel, Gulliver’s Travels, the fictional tale of a ship surgeon’s misadventures. In one such incident, he lands on an island inhabited by two antithetical societies: the Yahoos (a crass and uncivilized kind of monkey species with no sense of morals, let alone pair bonds) and the dichotomous Houyhnhnms (horse-like creatures with impressive intellects but no genuine emotion). It made for decent reading but also a lasting reminder to value our own complexity, regardless of how inconvenient or confounding it can be at times.

Attraction and infatuation, the stuff of conventional “romance,” are fun. I don’t think anyone will argue against that. They’re natural human responses with a potent reward system ensuring we indulge them for sake of the species’ survival.

And, yet, when we bring all of our best humanity to bear, it can offer something beyond this advantage.

Not everyone desires this kind of affection or is prepared to give or receive it, of course. Maybe we don’t feel drawn that way or it’s not the right time in life to cultivate it. These are thoughtful and honest responses, which I think too few people conclude about themselves.

But for those who are personally ready and dispositionally wired for a romantic relationship, I think there’s more to it than we assume, particularly when we’re young.

It’s more than the emotional narcotic that makes us forget about everything else (in a wonderful and sometimes disorienting way). It’s more than the affirmation of conforming to social norms or the sensible sharing of household duties. Rudimentary desire and dispassionate reason might bring people together, but seldom do either (or both together) offer enough to make a long-term partnership enjoyable. Those might seem to be the ultimate primal motivations, and they certainly had their part, but I’m guessing there was more to Grok’s humanity than those.

As the neuroscience suggests, romantic relationships aren’t just about immediate gratification, but about the construction of memory. Our chosen mates become hormonally and cognitively imprinted in us in ways few other kinds of relationships do. It’s why we can recall the small details of our partners from early courtship (even those we haven’t seen in decades). It’s why when we lose the one we’ve loved our entire lifetime, the most mundane reminders of their presence and routines (e.g. finding their glasses years later in the back of nightstand or catching the scent of their cologne) can send us into simultaneous euphoria and grief.

This is the dimension that Primal logic may not fully explain but human experience teaches. It’s why there’s no manual you can study that comes close to encompassing a life fully lived and how, no matter the cleverness of holiday marketing, the most romantic stories are those you’ll never find in a store.

Thanks for reading, everyone. Let me know your thoughts on this and all things Primal in the comment section. Enjoy your end to the week—and your holiday weekend if you’ll be celebrating.