Why Aren’t We Talking About the Cognitive Health Crisis? 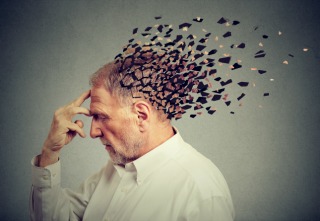 Maybe more than any other disease, severe cognitive impairments have the potential to unravel families. They’re not one and done. They drag on. They aren’t “lethal” in the normal sense. People with Alzheimer’s can lead long lives, the latter halves of which can get very difficult for everyone involved. There’s an entire body of literature devoted to studying the effects of Alzheimer’s on families and caregivers and discovering effective methods for mitigating the damage done. You don’t get that so much with other diseases.

Yet for whatever reason, Alzheimer’s doesn’t get enough attention. Sure, it’s mentioned. People are aware it exists. They can probably name the general symptoms. But it doesn’t seem as pressing a concern as something like cancer, diabetes, or heart disease.

One reason is that cognitive diseases are really scary to consider. Most other diseases affect what we consider to be the peripheral tissues. Heart disease is about the heart. Kidney disease affects the kidneys. Cancer can strike anywhere, but it’s usually in an organ or bone. Most diseases leave our personhood intact. We’re still us, even when we’re riddled with tumors or on dialysis. But with something like Alzheimer’s, we disappear. We forget who we are. We forget where we live, how old we are, and the name of that stranger hovering over us with a concerned look on her face. People define themselves by their intellect; our superior mind is what sets us apart from the rest of the animal kingdom. When that goes, what’s left? No one wants to think about that.

Another reason is that the conventional take on Alzheimer’s and other cognitive disorders is that we are helpless in the face of it. Most of the drugs have failed. Even the chief executive of Alzheimer’s Research UK accepts as “fact that there are no treatments to slow or stop the diseases behind dementia.” When the authorities are throwing up their hands and giving in, what is a lay person supposed to do but despair and stop thinking about it?

That has to change. There are legitimate treatments available. The problem is that the treatments aren’t “take this pill and call me in the morning.” They require lifelong commitments to healthy living, eating, and exercising.

In the most promising study I’ve seen, researchers had Alzheimer’s patients undertake a dramatic diet, exercise, and lifestyle shift. Bear in mind that this was a case study, or rather ten of them involving ten subjects, not a clinical trial involving hundreds. Still, the results were striking. Here’s what each subject did:

Looks awfully familiar, doesn’t it? They weren’t messing around. They were even careful enough to include vitamin K2 with vitamin D. They had them fast. They were aware of the benefits of fats and ketones for the brain and didn’t even use a full-blown ketogenic diet to provide them.

How’d the subjects do?

First of all, they started with memory impairment from Alzheimer’s, amnesiac cognitive impairment, and/or subjective cognitive decline. They started from pretty serious deficits.

Nine of the ten patients showed subjective or objective improvements in cognitive function and performance within 3-6 months. The one failure was a person with late-stage Alzheimer’s disease.

Of the six patients who’d had to stop working due to their cognitive decline, all six were able to return to work.

In a 2.5 year followup, the patients had sustained and even improved on their results.

Note that they didn’t worry about “saturated fat” or “butter.” Only one subject stopped eating “meat.” Another switched to grass-fed beef over conventional beef. There were no mentions of sodium restriction or statin drugs.

This was published in 2014. The same researcher even confirmed that the protocol worked in ApoE4 subjects, the genetic variant that increases the risk of Alzheimer’s. Even the cynics over at Science Based Medicine were cautiously optimistic about it. Why aren’t Alzheimer’s researchers shouting from the rooftops and demanding more funding to run larger studies using this protocol?

I hate to assume the worst—that it doesn’t involve a patentable pharmaceutical—but what else can I do?

In the meantime, we have work to do. It’s going to take a lot to beat this. For one, we won’t beat it by reacting to the disease (although, as the case studies show, that can help and even reverse the disease before it’s progressed too far). We have to be proactive. We have to get sleep, sun, food, exercise, community, and every other lifestyle factor under control from day one. We have to stay abreast of the latest research into how diet and lifestyle affect brain function. What your kids do today may very well affect their cognitive health down the road. If that sounds heavy, it’s supposed to be. This is serious stuff, folks. You can’t play around with the most complex structure in the known universe: the human brain. Take no chances. Spare no expense.

And even then, it might not work. These were just case studies without placebo controls, after all. But at the very least, getting enough sleep and sunlight, learning to burn fat more effectively, eating micronutrient-rich diets, consuming polyphenol-rich spices and herbs, occasionally producing and burning ketones, optimizing our hormone panels, reducing or mitigating stress, avoiding hyperinsulinemia and insulin resistance, improving our gut health, and exercising on a regular basis is a good start that won’t hurt us.

That’s my plea for the day. Thanks for reading, folks.

Thoughts to share on how we talk about or treat cognitive health conditions? I’d like to read your feedback.