Where I Part Ways with the Popular Keto Movement 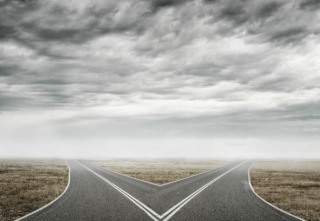 The explosive growth of interest in the ketogenic diet has been a net good for the state of nutrition. For one, people have accepted the fact that eating fat won’t kill you, and they’re even getting clued into the benefits of eating it.

But there are places where I part ways with the popular keto movement.

The ketone body beta-hydroxybutyrate shows direct anti-inflammatory action, even blocking inflammatory diseases mediated by the NLRP inflammasome pathway. Ketogenic diets exert their protective effects on the brains of epilepsy patients through the anti-inflammatory actions of the ketone bodies, and type 1 diabetics who experience reduced cognitive function because of low blood sugar see those deficits erased by increasing BHB through dietary medium chain triglycerides. Another reason ketone bodies themselves are so therapeutic is that they represent an alternative fuel source for neurodegenerative disease patients whose brains can no longer process glucose effectively.

But epilepsy patients get results both from full-blown medical ketogenic diets where you count the carbs in heavy cream and “modified Atkins” diets where the carb count is relaxed. They’re both equally effective.

The obsession with ketosis as a desirable state of being—maybe the ideal state of being—for everyone misses the point. Consider how worked up people get over ketone measurements. Are they registering? Are the sticks purple? What am I doing wrong?

Some long-term ketogenic dieters have registered high numbers. I’m thinking of Peter Attia back when he was hardcore keto, Dominic D’Agostino, and folks like that. Others level off with keto adaptation to the point that they get very low readings despite eating a classically-keto diet and seeing huge benefits. We don’t know why this happens. I gave some possibilities, but the fact remains it’s a mystery.

I don’t find it all that compelling to speculate and pontificate. When we know, we’ll know. Until then, until we know what they actually mean, release your attachment to the numbers. Assuming you have a good grasp on keto eating and are getting tangible results, why waste your time?

Consider the fact that ketogenic diets increase brain mitochondrial biogenesis—the production of entirely new mitochondria. This improves energy metabolism in the brain and is probably a big reason why keto is so great for Alzheimer’s, epilepsy, and other brain disorders. But it’s not the only way to do it. After all, exercise is another way to increase mitochondrial biogenesis in the brain in non-keto rodents on standard lab chow. Is ketosis the prize, or is better brain health the prize?

The ultimate goal of any eating strategy is to increase metabolic flexibility. You want to be able to burn sugar during activity that warrants it. You want to be be able to skip meals and get by just fine on your own body fat. You want the benefit of having a few ketones around from time to time as alternate fuel for the brain and muscles—or at least have the ability to generate them without trouble.

Rather than micromanage your metabolism using incomplete information, you’d rather delegate and let your endocrine system regulate your calorie intake based on what your body requires. Most importantly, you want to regain the ancestral pathway of fat burning and actually put those massive storage depots to use. Every diet wants these things, but keto is the quickest, most direct way there.

It’s fun to post pictures of yourself next to a 4 inch stack of bacon or brandishing a cup of butter coffee with more calories than a Big Mac. There’s value in subverting the dominant narrative that dietary fat makes you fat and gives you heart disease. Sometimes using extreme imagery can do that most effectively. And being on a ketogenic diet means you do have to eat dietary fat and that a high percentage of your calories will come from fat, as the calories must come from somewhere. But keto doesn’t require that you eat large absolute amounts of fat.

The quickest way to reach ketosis is by not eating, by burning the fat you already have on your body. It’s when all the best things happen, and it’s why the various other diets that work, work. They allow (or force) you to burn your own body fat. It’s also the cheapest way. Just think: All the best keto biohacking supplements to jumpstart your new keto lifestyle already reside on your hips, your belly, your arms, and the rest of your body.

This isn’t a mistake, a fluke of evolution. It’s actually why the system evolved in the first place, to tide our ancestors over during times of food scarcity, when there simply wasn’t any carbohydrate fuel for our brains. Eating a low-carb, high-fat diet works because of the low-carb part, not the high-fat part per se.

Keto Doesn’t Have to Be Ketogenic—Allow Me to Explain

I call it the keto zone—a range of carbohydrate intake that causes you to drift in and out of ketosis without even realizing it. For most, the keto zone might correlate to consuming between 20-150 grams of carbs per day. Less one day, more the next. More ketones today, fewer tomorrow. You’re constantly on the verge of either leaving or entering ketosis, and it’s okay. When you’re in the keto zone, things get easier:

If you have a super intense training session and decide to eat a sweet potato (before or after), it goes toward fueling that workout or restocking the glycogen you just burned.

If you skip a meal or two, you can almost hear the whirr of your mitochondria processing your body fat for energy.

You maintain your ideal body weight/composition without counting much of anything—calories, carbs, ketones, or Instagram likes for your high fat coffee photos.

You eat less food than before but experience no negative symptoms. You retain (or gain) muscle and bone density, sleep like a rock, enjoy steady energy levels, and generally avoid the malaise of long-term calorie restriction.

You have the metabolic flexibility to complete a tough CrossFit workout, do a sprint interval session, hike for 7 miles, run a mile or two, go for a long slow bike ride, play a pickup game, or lift something heavy.

Ketosis isn’t the goal. It’s a tool to help you get to the real goals of metabolic flexibility, broad-based “Primal” athletic competency, protection against the epidemic of diet-influenced modern diseases—especially the alarming increase in cognitive decline conditions, and graceful aging.

The goal is and always has been to be an efficient fat-burner and to release your dependency on carbohydrates for fuel. A ketogenic diet simply represents the pinnacle of fat-burning: if you can get into ketosis, it’s a sure sign you are using fat for fuel. Many, even most, of the benefits of a ketogenic diet probably come from developing that capability.

Thanks for stopping by today, folks. I’m interested in your thoughts about the popular keto movement and my points above. Where do you land? Have an awesome day.