Dear Mark: When Nature is Stressful and How to Use Fish Sauce 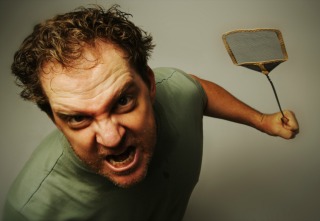 For today’s edition of Dear Mark, I’m answering a couple questions from readers. First, is nature always relaxing and blissful? Or are there instances where being in nature is far more stressful than being indoors? Why, and what should we do about it? Second, how do I use fish sauce, and how would a parent use fish sauce to get picky kids to try (and like) new foods?

Don’t get me wrong, I love nature. But a walk in the New England woods at this time of the year is downright stressful. Between the tics, gnats, mosquitos, deer flys, and unrelenting humidity, I am content to be in my comfy, air conditioned, bugless home. Think I’ll just work on my strength exercises inside today.

I grew up in New England, so I know exactly what you’re talking about. Nature is beautiful and terrible.

Where I live now, it’s beautiful. California nature is rather pleasant. It’s rarely hot or cold enough to threaten your life or even make you very uncomfortable. You can hike year round. Humidity is low; it’s more of a dry heat. The bugs are there, but they’re not intrusive and oppressive. Lyme disease rates among CA ticks are way lower than New England ticks.

Modern technology is really quite amazing. It can be a crutch, but it can also be a relief from unrelenting misery. Kathy realizes this. We’d be stupid to give that up.

People living 20,000 years ago didn’t have the option to avoid the unpleasantness of nature. It was an unavoidable aspect of everyday life. It was all they knew. It was bearable because it had to be. There wasn’t anything else.

People with smartphones and desk jobs have options. Venturing into nature is a choice, and when they’re out there in the thick of it getting bit by mosquitos and scratched by thorns and beset by heat, it’s harder because they know what they’re missing. They can compare it to the creature comforts of modern living. There’s always an out—cutting the hike short and getting back in the car.

This also means that personal preferences and capacities can determine whether something qualifies as a stressor. If you can’t swim, a “nice relaxing dip in the Pacific Ocean” becomes a life or death struggle for survival. You won’t be chilled out and blissful, GABA flowing through your synapses. You’ll have adrenaline coursing through your veins, your nervous system on red alert.

No one wants to drown, but are we missing something by using modern comforts to avoid the misery of a muggy Massachusetts forest? That kind of “manageable misery,” where it’s not killing us, just making us struggle a bit?

Maybe. What do you guys think?

I think it’s all true. Completely avoiding the dirty, unpleasant side of nature is bad, but so too is staying inside where it’s safe and clean and predictable. You need both. You need to strike a balance between chaos and order. And it’s not only a struggle between being indoors and outdoors. I remember walking through Muir Woods. It’s gorgeous, but it’s all so carefully curated—the paths, the wood walkways, the barriers. It feels like a museum exhibit. Not real.

Chaos—enough to keep things interesting and new and stimulating and novel. Order—enough that you can manage the chaos without it growing dull.

That’s the trick, and it applies to everything.

How are you using the fish sauce to introduce new foods? Can you give an example? I love fish sauce and am curious how it’s used outside of asian recipes and especially how to use it to entice kids to new tastes?

Here’s a perfect example from a study in 2008. Researchers gave half the subjects soup flavored with MSG (monosodium glutamate, an umami-booster similar to fish sauce) and half soup without MSG. Those who got soup with MSG found it more savory and pleasant than those who got it without MSG. After, both groups then ate soup without MSG. The group that had originally received MSG soup found the MSG-less soup more pleasant than the group who hadn’t had any MSG. Thanks to the glutamate, they’d learned to like the flavors of the soup on their own merits.

You don’t have to conduct a trial with controls and placebos. Just add a few dashes of fish sauce to the next savory meal and continue doing so. Try it on a food that your child hasn’t cared for in the past to see if that changes. As for dosage, less is more. Get it to where you enjoy the flavor. That’s probably the place your kid wants it, too.

The ancient Romans made their own fish sauce, called garum, in much the same manner as the Thais and Vietnamese—by fermenting small, salted fish for months. These days, fish sauce is most popular in Southeast Asian cuisines, but it’s spreading to other corners of the culinary world. Modern Italian cuisine frequently employs anchovy paste in non-seafood dishes, which also packs an umami punch without coming off as overly fishy.

I use fish sauce in almost everything savory. Bone broth? A tablespoon for every 4 quarts or so kicks up the umami without tasting fishy. Spaghetti sauce? A few dashes toward the end. I’m rarely let down by the results.

You’ll find that most people whose only experience with fish sauce is “that smelly stuff in bottles at the Vietnamese noodle place” won’t be able to tell that you’ve added any. They’ll just really, really like your food.

That’s it for today, folks. Thanks for reading and be sure to chime in with any comments, questions, or suggestions down below!