What’s Wrong with the “Best Diets”? 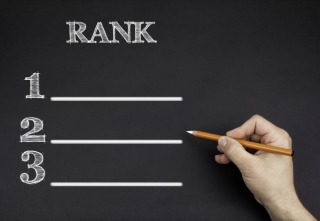 Every year, it’s the same thing: U.S. News and World Report ranks 38 of the most popular diets from best to worst. And every single time, the paleo diet—or some variant, in this case the Whole30 plan—comes in dead last. I’ve written about this before. You know my stance. You know how silly the whole thing is, and why you shouldn’t care about a ranking, especially when you’ve transformed your health eating the “worst diet in the world.”

Frankly, I’m skeptical these reports have much impact anymore.

But I got another barrage of emails about the rankings, so I’m going to address them. Instead of defending ancestral eating, which I’ve already done plenty of times before, I’ll scrutinize the two so-called “best diets.” The pair that wallop paleo and Whole30. The ones you’d apparently be fools not to adopt.

The most ironic part of all this is their descriptions of the “best diets” have the least citations supporting their ranking. In bashing paleo, they had to acknowledge five studies and clinical trials that found the diet works, inserting weasel words like “one tiny study” and parentheticals like “even the scientists called their study ‘underpowered'” to diminish the impact. To boot, several of the studies show that paleo compares favorably to the Mediterranean diet (number 2 overall) and DASH diet (number 1 overall).

DASH stands for dietary approaches to stop hypertension, and that’s exactly what it sets out to do: reduce blood pressure. It does this by reducing sodium and increasing intake of foods high in potassium, calcium, fiber, and protein.

As U.S. News and World Reports puts it, “just emphasize the foods you’ve always been told to eat,” like lean protein, low-fat dairy, fruits, veggies, and whole grains. Isn’t that what people have been trying to do for the last 60 years amid our growing and seemingly unending obesity epidemic?

You could do worse, if you can actually stick to a low-flavor (no salt?) diet like that. But you’d do a lot better if you did high-fat dairy, meat both fat and lean, and other sources of carbs besides whole grains without missing anything. Sounds familiar somehow.

They even did a study looking at this. Patients were randomized to eat either a high-fat DASH diet or a low-fat DASH diet. Both versions improved hypertension, but only the high-fat DASH diet improved triglycerides, increased LDL particle size (which, all else being equal, means reduced particle number), and lowered VLDL.

I have no beef with the Mediterranean diet, except having to type “Mediterranean” over and over again. Is it two Rs, two Ns? I never remember.

Anyway, it’s a decent way to eat. But it’s a better way to live. And that’s the thing: the importance of lifestyle, exercise, and community is baked into the Primal Blueprint. Half the articles on here have nothing to do with diet at all. Meanwhile, popular advice about the Mediterranean “diet” focuses on the whole grains and the olive oil and the beans and the supposed lack of red meat, yet totally ignores everything else that makes the Mediterranean home to a disproportionate number of centenarians:

Low stress: One study even examined the effects of Mediterranean eating in the context of high stress, finding stressed-out women had negative metabolic responses to a Mediterranean meal.

Socializing: They’re not cramming food in front of the television or on the commute. They’re sitting down to a leisurely meal with friends and family. They’re savoring the food and enjoying the company.

U.S. News and World Reports say almost nothing about the various lifestyle components integral to the real Mediterranean diet, though they do recommend Jazzercise.

If you read the reviews of each diet closely, it sounds quite positive. Both diets emphasize whole foods. Both diets are “hard to follow,” just like paleo and Whole30. It’s difficult to eat out on DASH and Mediterranean and paleo/Whole30, according to the report. They both promote satiety and weight loss; so does paleo. I’m just reporting back what U.S. News said, mind you. I’m not extrapolating. If you took away the number rankings, it actually sounds like they’re fans of paleo eating.

There’s nothing horribly amiss with the DASH diet or the Mediterranean diet. I just don’t see how they score so high and paleo/Whole30 so low, especially when we see how Mediterranean/DASH diet studies that test more “paleo-esque” versions of the diets get better results than the standard versions themselves. Well, I mean, I do, but you know what I mean.

What do you think, folks? Do paleo and Whole 30 deserve such terrible rankings? Are the rankings justified by the text? Are the Mediterranean and DASH diets clearly superior to everything else? Those of you who have tried other diets, what would your rankings look like?

Thanks for reading. Be well.