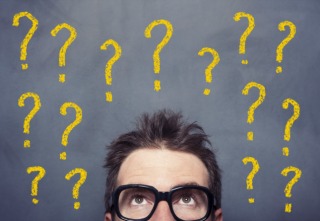 The paleo diet and Primal Blueprint way of eating (a.k.a. Primal) are both based on similar evolutionary science. The story goes something like this. Our modern Western diet bears little resemblance to the eating habits of early humans throughout several 100,000 years of evolutionary history. Instead, since the Agricultural Revolution some mere 10,000 years ago, we’ve adopted a nutritional regime to which our physiology is poorly adapted. When the basics of our diet return to the patterns of our pre-agricultural ancestors, we work with, instead of against, our physiology. More simply: eat as our ancestors ate, and we’ll be healthier for it.

The paleo diet and Primal Blueprint both recommend limiting carb intake (especially grains) to only as many as you require for performance, eating more protein and fat, and including lots of veggies as a base. But in the midst of this common ground are some key differences.

Back when Primal was just getting started (around the time I was writing the first edition of The Primal Blueprint—the evolving template of my vision for the Primal Blueprint way of eating and living), a fundamental difference of opinion between paleo and Primal centered on the role of saturated fats in the diet.

Loren Cordain and many within the paleo community toed the conventional line on saturated fats as the bogey that raises cholesterol and instigates heart disease, while the Primal Blueprint as I envisioned it was quick to recognize it as a neutral, stable source of fat important for energy, neurological function, hormone manufacture, and cellular structure. Paleo supporters recommended focusing on lean meats, avoiding butter, and limiting coconut oil. The Primal community did not, pointing to the many examples of hunter-gatherers who preferred higher-fat portions of animals, the extensive evidence of bone marrow consumption by paleolithic humans, and the trove of modern research exonerating saturated fat. The paleo stance has since changed, so there’s not a significant distinction in that regard anymore.

Another big difference is our treatment of dairy. Paleo restricts dairy, considering it maladaptive, if not downright toxic. They home in on the dairy proteins, specifically casein, as allergens and primary troublemakers. Primal takes a different view. While we grant that dairy can be problematic for people intolerant of its lactose or its protein, we maintain that full-fat dairy, preferably raw, fermented, and/or from pastured-raised animals, is a fantastic source of healthy fat, immune-boosting and muscle-building protein, and bioavailable calcium.

Another difference is how we approach the nightshade family of vegetables, which includes potatoes, peppers, eggplant, and tomatoes. I love them all. I don’t eat a lot of potatoes, but if I’m going for a dense source of starch and the purple sweet potatoes aren’t in season, I’m grabbing a basic white potato. And don’t get me started on the joy and ease of turning cooked and cooled Russets into french fries in under five minutes. But chili peppers and tomatoes are staples in my diet. Paleo takes a more cautious stance on nightshades, fingering them as a potential initiator of leaky gut and low-grade inflammation. They’re especially hostile to the white potato.

Primal is huge on coffee, and paleo isn’t.

Legumes are less problematic than I’d originally assumed, while paleo still restricts them. I say eat them if you like and tolerate them. Paleo does not.

When you get past the contrary position on coffee, the legume agnosticism, and the stances on potatoes and nightshades and dairy, there aren’t a lot of differences between paleo eating and Primal eating itself. The biggest difference is in the name: the paleo diet is a diet, while the Primal Blueprint is a lifestyle. You’ll often hear “make it a lifestyle shift, not a diet,” and it’s great advice. Diets don’t work. They come with built-in endpoints, “goal weights” that, once reached, people use to justify quitting.

Meanwhile, the Primal Blueprint works as a broad, holistic approach to living, not just eating. While I’m on board with the majority of the underlying assumptions and suggestions of paleo eating, diet is only one cog in the machine. Health, happiness, and wellness depend on many other factors like sleep, exercise, social contact, mental stimulation, nature immersion, life fulfillment, and light exposure. It’s rare to find people who understand and attempt to embody all these essential aspects of the human experience—who can put it all together and trace the lines running between each seemingly disparate piece. The Primal Blueprint does that far better than most other “diets.”

Still, there are other important distinctions between Primal and paleo as approaches to health.

Cordain is a resolute and honest man of science, couching his recommendations in his perusal of the literature. Even if I don’t agree with everything he says (and I agree with most of it), he’s not just throwing stuff out there. He’s not a paleo re-enactor. But some of the stricter adherents to paleo do practice a priori dismissal of anything that even sniffs of the neolithic. That’s dishonest, and it means you’ll miss out on great things.

Primal is a great starting point, a generator of hypotheses and experimentation and questions. Modern things with limited evolutionary precedent get a skeptical eye in the Primal Blueprint, not a priori dismissal (well, maybe not everything).

Primal folks are not primitive literalists. We are pragmatists. If it works, it works—even if it’s modern.

For example, the Primal Blueprint recommends wise supplementation appropriate to counter the stressors and toxins unique to our life today. Grok dealt with acute stressors—like an intense hunt, an encounter with a venomous snake or big cat, or a battle over resources (or mates). Grok didn’t deal with the kind of chronic stress that modern folks must contend with—the long commutes, the bills piling up, the mortgage, the stress of a sensationalist 24-hour news cycle. Grok’s world was relatively pure, free of industrial contaminants, pollution, heavy metals, and xenoestrogens. Ours is rife with it. Supplementation can help mitigate some of these unavoidable, modern stressors.

Grok didn’t eat whey protein powder, but it sure is helpful and convenient if you want to increase muscle protein synthesis after a workout or boost glutathione status. Additionally, own experience with collagen supplementation has resulted in noticeable improvements in mobility and tendon strength, suggesting that, unless I start doing bone broth or copious amounts of offal almost daily, I’m probably better served taking a collagen supplement.

Primal folks recognize the danger of spending too much time in the digital realm to the exclusion of the physical one. But they’re going to use modern technology to enhance health, not hamper it. These technologies are all just tools, and you are a tool-making ape reading this on a device connected to a global network.

Tons of people love the great outdoors but eat terrible food. Millions are exercise fanatics who genuinely enjoy hoisting barbells and running sprints but spend all their free time staring into their phones. Practically anyone you ask will admit that “real food” is better than “processed food.” For as many people who say “I’ll sleep when I’m dead,” there are more who love and treasure a good night’s sleep. Meditation and other stress relief modalities are exploding all over the place. Almost everyone likes socializing with people they love and like. A good portion of people prefer going barefoot, at least around the house.

Primal has the tendency to ensnare people who’d otherwise turn up their noses at the thought of doing “that paleo diet thing.” Maybe it attracts the hiking vegetarian, and maybe that person will learn about the importance of lifting heavy things, eating unprocessed foods, and ditching gluten. Maybe they’ll eat a steak now and then (no pressure).

Primal Is Fluid, Not Rigid Ideology

No one’s perfect. We make mistakes. And sometimes the “mistake” isn’t a mistake. Sometimes we just want to eat that slice of pizza and have the beer and stay up late watching the game. That’s fine. You may not feel great the next morning, but you prepare for and accept that. Informed consent is everything.

Fluidity also allows the Primal Blueprint to account for the progression of science. Not that we have a choice here. Science unfolds. It doesn’t stop or stand still. It doesn’t slow down for your preconceived biases. It moves, man. And Primal moves with it. For instance, I’ve adapted my stance on protein intake throughout the years, suggesting that we may not need as much as I once thought or advocated, based on the research available at the time.

Another good example is how the growing science of population genetics is quickly revealing that human evolution didn’t stop 10,000 years ago, nor are humans from one part of the world genetically identical to humans from another part. From nutrient requirements to macronutrient metabolism to muscle fiber composition, your personal genetic variation may partially determine the best health, diet, and exercise practices. Now, this field is still in its infancy and we don’t have good answers yet. But I’m watching with bated breath.

I designed The Primal Blueprint for the purpose of offering a guide for all elements of healthy living, and with the help and input of the Primal community over the last decade, it accomplishes that better than ever. Let’s face it, some days life makes it particularly difficult to have the perfect diet. Some people might not even want to worry about their food at all. We like to think of the Primal Blueprint design as a comprehensive cover, so to speak. The knowledge and efforts you exert in each area (diet, fitness, supplementation, stress management, sleep, etc.) can make a difference when the realities of day to day life keep you from doing a 100% in a given area.

Paleo is a good prescription for how to eat. It works. Don’t get me wrong.

Primal is on one level a guideline for how to eat, live, and move in congruence with your physiology. On another level, it’s an operating system for asking questions about health, making good choices, and discovering best practices for enriching one’s existence.

I know which one I prefer.

So, now we’ll ask you about your experiences with the Primal Blueprint and how you came to it? Did you come to the PB from a paleo perspective? What are your thoughts on the differences and the added dimensions of the Primal Blueprint? Thanks for reading today.

This post was originally published in 2008. I’ve revised it substantially to reflect the evolution of both the paleo movement and the Primal Blueprint philosophy in the last several years.

TAGS:  is it primal?, reviews