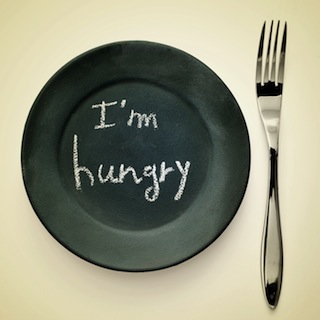 Although a few weeks ago I explained how “stop eating so much” is bad weight loss advice and how “calories in, calories out” tells us very little about the cause of obesity, the fact remains: for whatever reason (and there are many), people who gain weight have eaten more energy than they’ve expended. Something is causing them to eat more food than they need. Something is making the hungrier than they need to be, desirous of more food than they require for sustenance and weight maintenance. What could it be? There are the basic remedies. Eat more protein to promote satiety. Reduce carbs, increase fat. Get enough sleep and limit stress as best you can. These are proven ways to normalize your appetite, but you already know about them. I also have a few speculatory ideas that you may not have considered, and today I’m going to discuss them.

Before donning your skeptic hats and demanding randomized controlled trials, remember that these are theoretical appetite perturbers. Most of the ideas I propose draw on in vitro studies examining potential mechanisms, observational studies looking for hypotheses, circumstantial evidence, and the occasional controlled trial. These are not intended to be absolute statements of truth. These are conversation starters that get you thinking and experimenting. They may work. They may not work. They are, however, safe to explore on your own.

Leptin fills a great many roles in the body, but it’s probably most well-known for its inhibitory effect on appetite. Using the amount of body fat you’re carrying as a barometer, leptin determines how well-fed you are and adjusts appetite accordingly. In a perfect world, body fat secretes leptin and leptin receptors in the brain receive it. Appetite is regulated, weight is maintained. But what if something blocked that connection between leptin and its receptors? You could have sufficient circulating leptin but without the brain’s ability to perceive it, the appetite suppression would never occur.

The idea that grain proteins might bind to the leptin receptor and induce leptin resistance was first proposed by Staffan Lindeberg in his 2005 paper. In a recent paper, researchers put gluten through in vitro digestion (where they simulate human digestion using pepsin and trypsin), filtered it off using either a spin-filter (no heat) or 100°C (heat), placed the two different gluten digests (great magazine name right there) with leptin and leptin receptors in an environment simulating human serum, and observed the reactions. At a simulated serum level of 10 ng/mL, gluten that had undergone spin-filtration inhibited leptin binding to leptin receptors by 50%. Since breastfeeding mothers on unrestricted diets have shown mean serum gluten levels of 41 ng/mL in the past, this in vitro finding could have ramifications beyond the test tube.

A “cellular carb” is glucose that’s stored inside a fiber-bound organelle. Think tubers, roots, fruits, leaves, and any whole food source of carbohydrate. Even a whole wheat berry, for example, is an example of a cellular carb until you turn it into flour.

Induction of the munchies can be a pleasant way to increase one’s enjoyability of food, but it’s a double-edged sword: the worst kind of food looks especially delicious when the right cannabinoid receptors are triggered. And due to the presence of endogenous cannabinoids, or endocannabinoids, we can get the munchies without even trying.

In animals (including humans), the endocannabinoid anandamide is an important hunger signal, increases appetite, and intensifies the reward we get from junk food. There’s extensive animal research showing that dietary linoleic acid, the PUFA found abundantly in the seed oils used in everything these days, contributes to a rise in anandamide. For instance, a 2012 paper showed that increasing the linoleic acid content of a mouse’s diet from 1% to 8% of energy (paralleling the rise of linoleic acid in the human diet over the past century) tripled anandamide levels and increased food intake, body weight, and body fat. Dropping the linoleic acid back down to 1% of energy resolved the issue; so did adding fish oil at 1% of energy.

These were mice, yes. Anandamide is active in humans, though, increasing appetite and the reward we get from food. And there’s some evidence that the same treatment in the linoleic acid-fed mice that normalized their anadamide and appetite levels — omega-3 supplementation — works in humans. A group of mildly obese German men were split into two groups. One group got 4 grams of powdered krill every day and the control group received nothing. The krill powder group reduced their serum anandamide levels by 84% after 24 weeks; this improvement was mediated by an improvement in EPA and DHA status. There’s no indication of the baseline diet, but since this indicates that German adults get about 6.5% of energy from PUFAs, it probably contained significant amounts of linoleic acid.

Although I find the evidence for excessive linoleic acid’s stimulatory effect on appetite to be compelling and worth a closer look, it remains to be seen if soybean oil can make you wonder what if, like, the universe is all just a simulation, dude? These ideas are easy enough to explore on your own.

Not too complicated, completely safe (no doctor required), and likely to have an effect. Why not give it a shot?

Let me know how it goes for you. Thanks for reading, everyone.