What’s Behind the Mind-Body Connection? 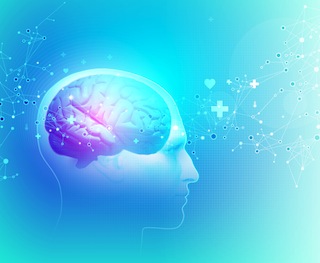 We’ve probably all known it – or at least seen it. That bout of flu (or other “everyday” illness) with every imaginable and miserable symptom that seemingly comes out of nowhere and won’t release its grip for anything. It took root despite good eating and reasonable exercise, and it won’t seem to respond to any amount of care or remedy (conventional or complementary). Maybe you get a slight reprieve – a few days of hope when it seems to lift, but then you’re plunged mercilessly back into another ring of flu-ish hell. You feel like you’ll never know health or a decent night’s sleep again.

We can watch some strange and, at times, clear-sighted thoughts go by when we’re in the throes of this kind of persistent illness – either collapsed on the couch for another prostrate but restless hour (or driving ourselves ragged and miserable through the day to take care of duties we simply can’t let go of). What about all those nagging, worrying thoughts that have taken up so much mental bandwidth lately? What about the late nights stressing over child care, marital discord, a parent’s cognitive decline, job overload, financial pressure, midlife questions, or other potent issues? What about the lack of gratitude we’ve felt lately? What about the feeling that’s overtaken us recently that our lives have become too much hamster wheel and too little joy? Is our stress sending a message when it knocks us down and keeps us there long enough to respect the severity of its strain? Even if we got on the sick train in a good mental state, have we succumbed to frustration? Could that despondent attitude be perpetuating our wretched physical condition?

I’m not suggesting illness is some kind of spiritual visitation akin to A Christmas Carol showing us the error of our ways in a metaphysical parade (although severe fatigue can bring on some funky hallucinations). Some pathogens are stronger than others, but the fact is they benefit from the right conditions to set up shop in a particular body – and certainly to take over the whole place for weeks on end. Stress in all its forms, sleep in short supply and plenty of other physical as well as emotional factors provide the perfect setup for a pathogen’s hold. Our stress doesn’t of course create illness, but it can help harbor it and even create an ongoing loop of negative feedback that keeps us stuck both physically and psychologically.

Beyond the simple illustration of flu and frustration, how much does our overall mindset and emotional well-being feed our physical health? That’s the question behind the mind-body exchange that researchers have chased for decades (and philosophers have dissected for millennia). Just what’s behind the mind-body connection? How powerful is it really? How should it influence the way we approach our own health and happiness?

There are, of course, multiple angles at work here – everything from positive thinking to negative thoughts to embodied cognition to placebo (or flip-side “nocebo”) effect to emotional support to meditation to the psychology of pain. Just as the placebo effect seems to hold greater sway over some people more than others, the interchange of mind and body may differ from person to person, but it’s clear that our bodies don’t operate on a separate plane than our minds. The ramifications – and possibilities – of their interchange continue to reveal themselves.

On a basic level, we can all likely understand how physiological and psychological feelings manifest together in our bodies. Recently, a Finnish group of researchers created body maps of where specific emotions are experienced – a “topography” of the physical sensations universally associated with a wide range of emotions.

The visual representations of their results are striking. The hot energy or cold and drained emptiness in varying areas of our bodies illustrated in the representative figures, I think, are uncomfortably familiar. It would be an unnervingly intimate, personal detail of our inner experience – except these sensations are universally human.

However, our emotional experience can have much deeper impact on our physical state than simply a fleeting sensation. Over time or in intensive situations, our emotions and thoughts can result in direct changes down to the cellular level.

Study participants, for example, who showed more activity in a brain region associated with negative thinking (right prefrontal cortex) at the time of a vaccine administration showed poorer immune (antibody) response to the vaccine during the six month follow-up period.  Research has also associated negative thinking with reduced natural killer cell activity. On the other side of this coin, activities that induce the body’s so-called relaxation response have been shown to boost immune function.

Yet, even beyond immune function, we find additional effects. The fact is, studies suggest our thoughts – whether we choose them or they’re induced through the placebo process – can influence everything from how fast our cells age to how we rate our quality of life to how much mobility and even visual acuity we have.

Research has demonstrated the long-term impact of chronic stress on the body’s overall health and aging process. A UCLA study, for example, implicates cortisol in shortening telomere length. The stress hormone suppresses the activation of the enzyme telomerase that is responsible for keeping immune cells healthy and “young.” Telomere length is regarded as a measure of physiological aging and immune function.

In one related study, breast cancer survivors who were experiencing distress participated in either an 8-week meditation instruction, a support group or a control group. At the end of the eight weeks, those who received either of the interventions maintained their telomere length, while telomere length in the control group has shortened. Psychological support offers clear physiological results.

From a placebo-based angle, a small study of sixty Parkinson’s patients showed that those who received a “sham” surgery reported experiencing better quality of life a full year post-”surgery.” (PDF) As the researchers note, even their doctors, who didn’t know whether particular patients had received the actual surgery or not, rated their neurological functioning better at the twelve month mark. Although participants who’d received the true surgery displayed (as a whole) better movement capacity, in some cases “sham” recipients experienced dramatic changes in ability, including the transformation from years of physical inactivity to hiking and skating.

If these illustrations sound fantastical, consider the statistic that over half of people who seek out medical assistance from specialties as diverse as cardiology to gynecology to neurology manifest symptoms for which no physical cause can be determined. The stories we tell ourselves – and those we accept from others (whether they be to our benefit or detriment) in some complex way appear to partially orchestrate what happens in our physiological systems.

Finally, what if our very perception of our age and ability could be markedly shifted in a matter of a few days by mere external suggestion? Ellen Langer, the groundbreaking psychologist who has specialized in the mind-body connection (I’ve mentioned her research before), sought to answer this question over three decades ago when she set up an experiment for the record books.

Langer designed an old monastery to entirely replicate 1959 from radio programs to assigned clothes to house decor – twenty-two years later. She then brought in two groups of men in their 70s and 80s to live in the fully historical residence for five days. One group was told to live among the memorabilia but be in the present day. The other group was instructed to “inhabit” the time period reflected in the design – to live as if they were twenty-two years younger in those years.

Without even mirrors or contemporary photos of themselves, the setting and activities steeped subjects in memories of their lives twenty-two years prior. Likewise, the subjects were treated as they would’ve been those decades prior with expectations to perform their own physical duties – including luggage carrying. The only difference was intention – to observe and reminisce versus to imagine and relive. Five days doesn’t sound like much – particularly for a scientific experiment, but five days of the carefully constructed immersion was enough to yield remarkable results.

This immersion, Langer and her team believed, would serve as a powerful “prime” to shift the participants’ thinking, allowing their bodies to then respond in the direction of de-aging. Among the changes observed or noted after those five pivotal days were improved strength, flexibility manual dexterity, better posture, suppler and younger appearance (as determined by independent observers) and other across the board improvements in both groups. The second group asked to inhabit the historical time and stage of life, however, demonstrated superior performance on a number of measures compared to the other “control” group, including better vision. Some had stopped using their canes. At one point they played a game of touch football.

Whether it’s Langer’s studies, meditation research or placebo/nocebo scenarios, the results of these explorations into the mind-body connection – or maybe continuum – gives us food for thought. We are, to a large extent, the age we believe we are. The healthier and more capable we perceive ourselves to be, the more we’ll become that. The more we feel cared for (whether by therapeutic intervention, positive doctor-patient relationship or support group participation), the better our well-being.

While our thoughts may not overturn every physiological circumstance, we underestimate the potential of reframing our experience. With good choices in addition to positive thinking, we maximize our capacity to create a vitality-filled life – within and without.

Thanks for reading, everyone. What are your thoughts on the mind-body interchange? Have you experienced its relevance in your health? Have a good end to the week.