What You Need to Know About Foodborne Illness – Part 1 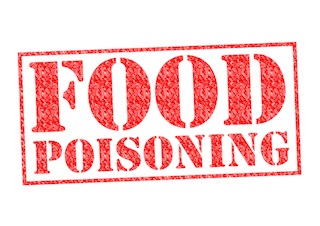 It’s a regular headline: “# of People Sickened by Contaminated Food.” Most recently, it was a case of imported cucumbers with salmonella (one of the most common and serious foodborne pathogens) that resulted in at least 341 people ill and two dead across 30 states. It’s difficult when public service information shifts us toward viewing our food with a nervous eye. The CDC estimates approximately 48 million people get sick from foodborne illness each year. Of those, 128,000 are hospitalized and about 3000 die.

So, what do we do with this information? At best, we decide to learn more about the bigger picture of our modern food supply. At its worst, we go to the place of panic, anxiety-ridden that every single item we bring home must be sanitized or cooked within an inch of its life. Some people even take the news as confirmation that fresh (real) food as “too dangerous” and join the brigade that believes/sells processed, packaged and otherwise adulterated food products as the only “safe options.” Never mind that fast food and processed products have been the subject of these events in the past…

It’s the kind of news that can easily stoke the media fear machine that encourages a perpetual state of anger, anxiety and frenzy. And let’s face it, a contamination event makes for more interesting news fodder than the ongoing, same-old, same-old story about rampant obesity and related lifestyle disease.

Nonetheless, I think rational people could say that part of speaking back to overzealous fear can be taking reasonable precautions that don’t cost much in terms of time or effort for the enhanced safety they afford. Realistic peace of mind isn’t about the eradication of all risk but 1) the understanding of common pathogens’ sources and behaviors and 2) application of sound strategies that minimize it. Let’s take apart that first point in part one today.

I don’t know very many people who haven’t at some point been sick with food poisoning. Most of us recall the misery but ultimately poo-poo the bigger ramifications because we just didn’t experience them personally. While most people get a few days of diarrhea or vomiting, others may deal with the costs of hospitalization or the burden of ongoing complications (not to mention the ultimate price those 3000 people a year pay).

Longer term repercussions of these pathogens include conditions like reactive or chronic arthritis, urinary tract issues and eye damage from salmonella or shigella, Guillain-Barre syndrome or ulcerative colitis from campylobacter, kidney failure or diabetes from Escherichia coli or meningitis, mental retardation, seizures, paralysis, blindness or deafness from Listeria.

Researchers have identified more than 200 pathogens, which include bacteria, viruses, parasites and toxins, responsible for “food poisoning.” Three (salmonella, toxoplasma and listeria) are responsible for 75% of known food pathogen related deaths. Although estimates vary, it’s accepted that not even half of foodborne illness sources are ever found. Most of the identified causes we hear about (like the salmonella case) are bacteria based. Virus caused outbreaks are the least likely to be documented generally because of their often shorter duration and smaller scope (often caused by human food handlers rather than the food itself).

The truth is, food has always been a messy enterprise. Even under the most natural and unadulterated conditions, growing food in dirt is, well, dirty. Animals are creatures that are subject to the wear and tear of their food chain placement (e.g. parasites, diseases of their last carnivorous meal).

Today, however, we’re dealing with a shifted picture. Even just a few decades ago, food illness outbreaks looked considerably different. The infections you heard about more often were Staphylococcus or Clostridium. Illnesses were more likely from home preparation (maybe passed on at church picnics or holiday buffets).

In some regards, we might be safer from the higher risk dealings of bushmeat, but most of us purchase food from an agricultural system that can be its own hotbed of pathogenic disease. From the unnatural diets given to many livestock to the massive crowding of feedlot conditions to the cross-contamination of meat processing plants to the irrigation of produce fields with sewage-laced water, modern conditions – despite industry safety protocols – set us up for issues that can have a much more extended reach (as in 30 states’ worth).

With the uptick in eating out, we’ve also opened up whole new arenas of human handling and mass food processing risks as well. These days, however, 80% of foodborne illnesses come from somewhere other than home.

The next logical question seems to be what foods are the most risky. Oddly, meats are overseen by a different agency (USDA) than most other foods (FDA), but experts have been clear that the majority of food poisoning cases stem from meats – especially beef and poultry. Ground beef, in particular, can be risky because a single burger can contain parts from various parts of various cows, increasing the chance of contamination. Pathogens can originate through everything from livestock feedwater to unclean fields/lots to contaminated processing equipment.

Aside from meat, a consumer group, the Center for Science in the Public Interest has ranked the ten (non-meat) riskiest foods for foodborne pathogens that are regulated by the FDA. (PDF)

Greens are responsible for nearly 1/4 of non-meat food poisoning outbreaks. Sources of pathogens can be contaminated water, animal manure contact, industrial washing equipment contamination or other handling problems. E. coli and salmonella are the most common pathogens found in greens.

Eggs can be contaminated from chickens themselves, in which case the interior of the egg can harbor a pathogen like salmonella. Pathogens can also enter through microcracks or contaminate shells during processing.

Scombroid toxins are the biggest culprit here and is more common is fresh or raw tuna – particularly if left in warm temperatures too long. With these toxins, cooking won’t make a difference unfortunately.

Raw oysters can be a source of norovirus or, less often, vibrio (related to cholera). Contamination can be caused by poor handling or unclean water.

Salmonella is the top problem here, but listeria is a common pathogen also associated with potato related food poisoning. Food preparation and cross-contamination are probably the most common sources of pathogens.

Again, salmonella and listeria are respectively the most common pathogens implicated in this category. Pathogens can be a result of the multi-step processing of cheeses, although pasteurization has reduced contamination risk.

Again, salmonella is the main culprit, but norovirus is another common pathogen found in tomato related outbreaks. Agricultural conditions is a major concern in tomato (as in other plant) contamination.

Sprout seeds themselves may be contaminated, but poor handling is a frequent cause as well. Salmonella and E. coli are the most common pathogens found in sprouts.

Berries, like other plants that are often eaten raw, can harbor a number of pathogens related to dirty field water or animal manure contact, but handling by infected agricultural workers can be an issue as well.

Now that we’ve looked more closely at the problem of food contamination itself, let me pick up the topic again next week as I look at strategies for avoiding foodborne illness. Thanks for reading, everyone. Let me know your thoughts, and have a great week.