Hey, everyone. The 10th Annual People’s Podcast Awards are underway, and they’re taking votes now. I’d really appreciate it if you hopped on over and gave us a vote in a category or three. Thanks!

Oral dosing of a supplement containing the probiotic L. rhamnosus and some peanut protein led to complete resolution of allergy in 80% of subjects with peanut allergy.

Celiac disease has tripled among British tykes in the last 20 years.

Early Americans were taking out large prey with (and building) atlatls at least 18000 years ago.

At a given BMI, Chinese adults are at greater risk for obesity-related health problems than white Americans. A white American BMI of 30 (obese) is roughly equivalent to a Chinese BMI of 26.

The Definitive Guide to Fermented Foods

If you’ve ever wondered about the subtle difference between training and testing your mettle, look no further than this explanation from Chris Adams, firefighter and PrimalCon alum extraordinaire.

Why working from home increases productivity and job satisfaction.

A Parisian chef is pairing food-flavored hookah (tobacco-free) smoke with his entrees.

The true cause of addiction might be a lack of connection with the people and world around us. Also, a magical place called Rat Park once existed.

The readers of Paleo Magazine chose Primal Fuel as the best product in the supplements category for 2014! 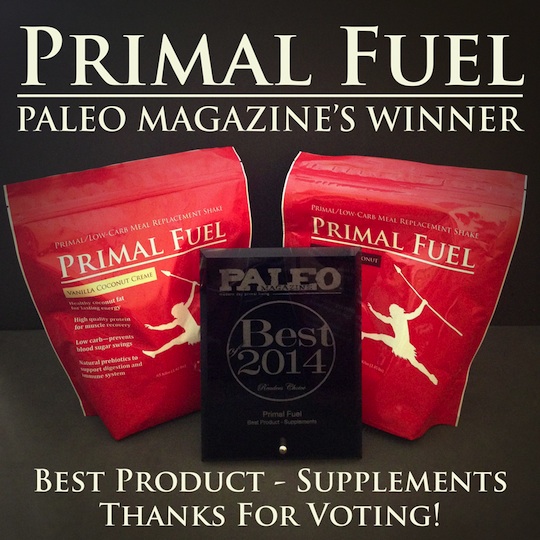 PaleoFX is coming to Austin this April, and I’ll be there. You guys should get your tickets and come, too.

Two brothers snuck into Tibet to learn the yak dairy trade. Now, they want to start the only yak cheese-making operation in the United States, in Paso Robles, CA. This is their Kickstarter campaign. I think it sounds pretty cool.

Moonlight in a light bulb.

Of course Japanese commuters are planting vegetable gardens on top of train stations.

“Salt intake is not associated with overall mortality or risk of heart disease and heart failure.”

But it is positively correlated with deliciousness

– And I believe the correlation is causal.