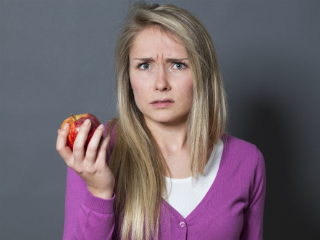 For today’s edition of Dear Mark, I’m answer three questions. First, does long-term vegetarianism cause cancer or alter our genetic code? Some media coverage of the latest vegetarianism study seemed to suggest as much. Next, is glucosamine just totally useless if you’re not going to fork out a ton of money for pharmaceutical grade stuff? Maybe not, but let’s find out. And finally, I’ve written about decision fatigue a couple times before. What’s my take on the new research seeming to debunk one of the central concepts supporting it—ego depletion/finite willpower?

Did you hear the news about vegetarian diets changing the DNA of people who are on them for a long time and even causing cancer? Lines up pretty well with what you’ve been saying all these years.

Okay, I should probably explain this study a little more. It’s really interesting but some folks are getting it wrong. They’re getting it wrong because the headlines are misleading and, sometimes, blatantly false.

Long term vegetarianism in traditionally-vegetarian populations like South Asians has selected for certain traits. Because they eat very little animal foods, they get very little to no pre-formed long-chain PUFAs, which are found almost exclusively in animals. They have to rely on their own endogenous synthesis of these fats. In a long-term vegetarian population, traits which increase the ability to synthesize long-chain PUFAs from shorter ones will be selected for and provide benefits to reproduction and overall fitness. They are essential fatty acids, after all, especially important for building baby brains and ensuring proper development. If you can’t eat DHA, you’d better make it.

Well, ghee, mustard oil, and to a lesser extent coconut oil were the most common cooking fats before industrialization.

Ghee is mostly saturated fat, with the balance coming from monounsaturated fat (MUFA) and a small amount of CLA and omega-3s in the form of ALA (if grass-fed, which it likely was).

So while they didn’t exactly eat high-fat diets, the fat they did eat was more SFA and MUFA than PUFA. And since they weren’t eating many animals, they needed an enhanced capacity to manufacture their own long-chain PUFAs from the modest amount of short-chain ones (linoleic and alpha-linolenic acids) they did eat. It worked well. Fewer precursors to long-chain PUFAs, more efficient conversion.

Things change, though, and what works well in one environment isn’t guaranteed to work well in another.

In modern India, a lot of the ghee and mustard oil have been replaced by vegetable ghee (basically trans-fat) and various cheaper vegetable and seed oils. What once was SFA/MUFA-rich and PUFA-moderate is now PUFA-rich with a side of industrial trans-fat. That’s a lot of precursors. And conversion from the precursors into long-chain PUFAs is poorly regulated by the body. If linoleic acid is lying around, the body is gonna try to convert it all into arachidonic acid. Someone with the “vegetarian gene” that makes them really, really good at converting linoleic acid into arachidonic is in trouble on a modern vegetarian diet. Excessive amounts of arachidonic acid (from unchecked conversion) crowd out the ALA-EPA/DHA conversion pathway, increase systemic inflammation, and are linked to heart disease and cancer. Bad stuff all around.

This is exactly why it’s important to heed your recent ancestry.

So I am wasting my money on my Glucosamine supplement (well, maybe the Chondroitin and MSM have been doing something lol) and I need a prescription manufactured by an Italian company. I sent them an email to see if it is available in the states. The type I’ve been using is the Hydrochloride shellfish free form. I did read this which seems to contradict the study that asserts only the pCGS form has therapeutic properties:

“Studies have shown glucosamine HCL, when combined with chondroitin sulphate, could help alleviate pain caused by degenerative joint disease. The results of a 16-week trial on 34 males who suffered chronic pain of the knee showed significant improvement in the relief of symptoms caused by osteoarthritis. The inclusion of sulphur in chondroitin sulphate is also thought to improve the effectiveness of cartilage development.”

Who knows for sure? Always learn something and / or get another perspective from Mark’s Sunday links.

No, I don’t think you’re necessarily wasting your money. I’ve gone back and forth on glucosamine. The “science-based medicine” crowd claims it’s totally useless, but I’m not so sure. A team of researchers in one study branded glucosamine sulfate powder with an identifying brand so that they could track where it went in the body after ingestion. When the subjects swallowed it, the glucosamine appeared in their synovial fluid. Synovial fluid sits inside the joint, providing lubrication and cartilage precursors like glucosamine to build and repair damaged cartilage, so this could be meaningful. A later study found that glucosamine sulfate was more effective than glucosamine hydrochloride at showing up in synovial fluid after oral dosing. You may want to try glucosamine sulfate, which when combined with chondroitin may improve moderate-to-severe knee pain and even reduce the rate of cartilage degradation.

While I agree with the concerns about such things as multi-tasking — our brains simply aren’t wired to cope with numerous tasks at once — I wouldn’t get too hung up on worrying about decision fatigue. Much of that notion arises out of research on “ego-depletion,” which may soon become infamous as one of the most oversold ideas in the history of psychology. A recent intensive effort to replicate one of the most basic findings has failed miserably, calling the whole field of research into question.

Wow, yeah. That’s pretty big. Here’s an article about the paper in question.

The funny thing is that ego depletion/decision fatigue exists for people who believe in it. That’s exactly what the research shows. So if you’ve benefited from thinking about your willpower as a finite resource, don’t read the article! Keep doing what you’re doing cause it’s working for you.

I still think the “decision fatigue” concept and post I wrote have merit, if only because too many decisions reduce quality of life. Making choices is just another thing to worry about. It takes time. It takes mental “energy,” even if we can’t quantify that energy or measure its depletion. And worst of all is when we don’t make the decision. When we sit there at the crossroads, agonizing over which single origin bean to select for our morning pour-over. Because until we make the decision, we can’t progress to the next one and get on with our day. Once or twice? No problem. But if every moment of your day features a decision to make and you can’t make it, you’re wasting your most valuable resource: time.

That’s it for today, everyone. What’s your take on the three subjects?