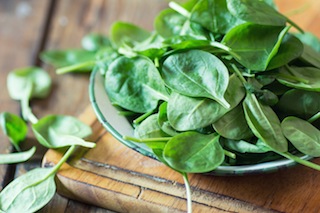 For today’s edition of Dear Mark, we’ve got four questions. First up is from Chris, who wonders whether vegetables are worth buying on a limited food budget. He’s finding it difficult to justify spending money on low-calorie vegetation when fatty meats, avocados, coconut oil, and other calorie-dense foods are available. Is he right? Next, how do low atmospheric ozone levels modify my recommendations for sun exposure? Then, is there actually any justification for the oft-heard claim that “breakfast is the most important meal of the day”? For some people, maybe. Find out if you’re one of them. Finally, rumors that PrimalCon 2015 has been canceled have been circulating. Could it be true?

I am 4 weeks into my new Primal lifestyle. My wife has put me onto a $100 budget per week to sort out all my meals (slow cooker is my friend). It didn’t take me long to figure out if I am going to stay satiated I am not going to spend half my budget on spinach and tomatoes that provide little energy/satiation back – I would starve on them eventually. No, I am going to spend my money on energy dense high fat foods such as fatty meats, avocados, coconut oils etc that fill me up for the entire week. I do understand the importance of vitamins and minerals vegetables can provide – I just don’t have the luxury at the moment of them being the predominant item in my shopping basket. I thought that was a good analogy of what Grok might have gone through in lean times, he would have been straight after the high caloric reward foods before he harvested an acre of spinach. Thanks for the website, true to one of the videos I saw of you on YouTube my daily caloric intake has dropped substantially now that I am further into it. I find I am having more money left over in my budget every week which is good. It’s good to be finally kicking that emotional eating to the curb.

I know it’s tough to spend money on what essentially amounts to non-caloric leaves, grasses, and random plant trimmings when hearty chunks of animal flesh beckon. But they really are important, and they don’t have to shatter the budget: nutritious (often moreso than “fresh” vegetables that have been sitting around) frozen vegetables are your friend.

If nothing else, consider frozen spinach. At just 8 ounces a day – or half a pound bag of the frozen stuff costing a couple bucks — you’ll get:

That’s a decent chunk of micronutrients, including many of the ones Primal or paleo eaters find themselves lacking (magnesium, folate, manganese, potassium), for maybe a dollar’s worth of essentially non-caloric leaves. And just because spinach is low in calories doesn’t preclude it from filling you up; spinach contains special alkaloids that reduce hunger and cravings, and adding spinach to mixed meals increases satiety and lowers blood glucose.

Pick up a few 16-ounce bags of frozen spinach a week and call it a day. Then, when the budget expands, you can branch out.

I would like to ask if all sun exposure is created equal. For instance, take Singapore and New Zealand as examples. While the former possesses a tropical climate temperate, it does not have a depleted ozone layer like the latter. Hence, the former’s sun rays are not scorching, unlike the latter.

While you have preached on the many benefits of getting some sun, should there be a difference in the way we approach our suntanning when it concerns ozone depletion? (i.e., would sun exposure under a depleted ozone layer area be more harmful than beneficial?)

Any light you could shed on this issue would be greatly appreciated.

Ozone depletion makes sun more “nutrient dense.” If Singapore sun is ribeye, New Zealand or Australian sun is grass-fed beef liver. You need far less of it to get the same effect, and going beyond that point grows more perilous. You don’t want to overdose on vitamin A with a pound of liver a day. You don’t want to overdose on UV radiation with an hour of full midday sun under a low-ozone sky every day.

You can still benefit from sun exposure in these conditions, but taking precautions becomes more critical than ever:

In other words, do everything you already do when getting sun. Only now, there’s less room for error.

I’ve looked through your blog and while you have many posts about eating/skipping breakfast, I’m interested to know how the conventional breakfast recommendation to “eat within 30-60 minutes of waking up” came to exist. I’ve been trying to do a little research on the web and through pubmed myself, but am coming up empty handed. From what I have found…there is no research to back it up; it’s just nutritional dogma that keeps getting perpetuated.

If skipping breakfast works for you, as it does for me, keep skipping it. You can’t fix what isn’t broken. But I wouldn’t say there’s no research. There is some indication that for some people, breakfast helps:

Breakfast skippers who aren’t losing weight on their current eating schedule. Skipping breakfast can be a boon for easy weight loss. But some people just don’t do well with a morning fast (or any fasting). Women in particular seem more likely to respond poorly to skipped breakfasts.

Breakfast skippers with ravenous hunger early in the day. If you’re hungry in the morning, eat! Don’t try to hew to some imagined optimal eating pattern. Just because I typically skip breakfast doesn’t mean you should. I skip breakfast because I’m not very hungry in the morning — that’s it. If I’m hungry, I eat. When you do eat, make sure to get enough protein. A big protein breakfast can really help stave off hunger and keep you sated through lunchtime. A study in breakfast-skipping adolescent girls found that high protein breakfasts reduced their neural response to food stimuli later in the day, suggesting that steak and eggs for breakfast makes cafeteria chicken nuggets and French fries far less appealing.

Breakfast skippers who have trouble getting to sleep at a reasonable time. Food is a circadian entrainer, and eating late at night can blunt melatonin secretion and disrupt circadian rhythm. Women with “night-eating syndrome” — characterized by, well, eating at night — have their nighttime melatonin secretion delayed.

Breakfast skippers who have trouble waking up in the morning. Animal studies show that the timing of food availability conditions wakeup time. You feed a rat breakfast on a regular basis and it’ll start waking up earlier to get the food. Rodents even display distinct “food anticipatory activity” in the hours just before their regular mealtime if the master circadian clock is damaged or removed, suggesting evidence of an independent “food-entrainable oscillator” that responds to food intake schedules. Similar results in other mammal and primate studies lead me to believe that humans may also have it.

How to do it? Well, just eat, making sure it contains a good amount of protein — about 25-30 grams at least. Even if you have to force yourself to eat, the presence of the above symptoms may indicate that you’ll benefit from breakfast, or that it’s worth trying. It’ll get easier, too, the more you do it. The more you eat breakfast, the more your body will expect it, and the hungrier you’ll get earlier in the day.

Mark, I heard that PrimalCon has been canceled this year? Is it true?

Unfortunately, I must admit with a heavy heart that it’s true, PrimalCon 2015 has been cancelled. We could not supply the resort with an adequate amount of reservations by the severe financial deadline they specified, so they had to release our contract with them for those allotted days.

We’ve had a fantastic run of 9 PrimalCons across North America over the past five years, but frankly these events are very difficult to justify from a business standpoint. Since I still love to connect with primal enthusiasts in person, we may consider the PrimalCon Vacation model in the future, where we simply descend upon an all-inclusive resort and everyone gets to enjoy a vacation, even our staff and presenters. Thanks for your support!

To wrap up this edition of Dear Mark I’ll leave you with the following teaser video and details about an episode of the new paleo cooking show Camille’s Paleo Kitchen I’ll be appearing on:

That’s it for this week, folks. Comments? Concerns? Additional advice for Chris, Josiah, or Brenna? Add ’em below!