Turns out, we have a lot of wannabe detectives in our midst! Our last post on which old wives’ tales were in fact true got such a great response we figured we’d give you 10 more to add to your repertoire!

Turns out, taking a dip in a hot tub (or just taking a hot bath) can actually lower sperm count. In a three-year study conducted by researchers at the University of San Francisco, it was found that men who had previously wallowed in hot water for an hour or more experienced a 491% increase in sperm counts after switching to showers for three- to six-months. The science behind all of this? Guys’ little swimmers need cooler climes to develop, a fun fact that mother nature took into account when she designed the male anatomy the way she did!

2. The Tale: Feed a Cold, Starve a Fever

Like many old wives’ tales, there is an absolute ton of conflicting research, especially when it comes to matters regarding cold care. However, when it comes to the old adage “feed a cold, starve a fever,” you’re grandmother might actually be on to something! According to a study conducted by researchers at the Academic Medical Center in Amsterdam, test subjects who fasted overnight and were then given only water the next day demonstrated elevated levels of a compound known to fight infections linked to fevers. A control group who were given meals, meanwhile, experienced higher amounts of a compound thought to tackle viral infections such as colds. However, since the study was incredibly small – involving only six volunteers – we’d recommend that since both fevers and colds can cause fluid loss, drink plenty of liquids to prevent dehydration. And, if you’re up to eating, dig in!

If we had a dime for every time we’d heard an old person lament that they could feel the onset of snow/rain/a light drizzle in their bones, we’d…well, we’d be wealthy enough to have retired long ago! But, turns out, granny might have the chops for a post-retirement career as a meteorologist. In a study of 130 patients with osteoarthritis and rheumatoid arthritis conducted by researchers at the Instituto Poal de Reumatologia in Barcelona, it was determined that arthritic patients did actually experience increased joint pain when there was a drop in atmospheric pressure (which, in the weather forecasting community, is generally recognized as a sign of future precipitation.) Our verdict? Next time great uncle Eddy complains his knee is acting up, throw an umbrella in your bag!

4. The Tale: Fish is Good for Your Brain 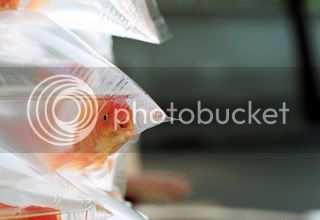 Want to keep your brain as fit as the rest of your body? Then you’d better up your fish consumption, because a 2006 study by researchers at Tufts University in Boston found that people with the highest blood concentration of DHA (a fatty acid found in many varieties of fish) had a 50% reduction in their risk of developing dementia or Alzheimer’s disease. If you’re a lost cause but you’d like your children to be braniacs, take heed of a recent study by folks at the National Institute of Health that suggests that children born to mothers who ate more fish and other seafood while pregnant were smarter and had better developmental skills than their peers born to mothers who ate less or none. As such, current American Heart Association guidelines recommend two servings of fish per week for optimum health. For best results, opt for low-mercury varieties – which is particularly important for pregnant women as surplus mercury can harm the developing fetus – such as shrimp, wild salmon or catfish and/or add a high-quality fish oil supplement.

When a UTI hits, most people would drink (or do) just about anything to get rid of the pain. And now, there’s proof that cranberry juice might actually work. According to a study by Israeli researchers, cranberry juice (and blueberry juice too!) inhibits a type of bacteria commonly associated with infections by clinging to the walls of the bladder and creating a teflon-like coating that is inpenetrable to UTI-causing bacteria. A follow-up study published in the Canadian Journal of Urology in 2002, meanwhile, showed that those who drank three cups of cranberry juice daily for one year experienced one fewer UTI than their peers in the placebo group.

Of all the old wives’ tales, those surrounding pregnancy are perhaps the most popular (and perhaps the most widely disputed!). However, according to a study conducted at Dublin’s National Maternity Hospital of 8,075 births, the gem about a long labor being a sign of a baby boy just might be true! According to the study, births of male infants were significantly more likely to require oxytocin augmentation, fetal blood sampling (an indication of fetal distress), forceps delivery or Caesarean section. While the researchers acknowledge that male infants typically have larger head circumferences than their female counterparts, they note that this factor “would not fully explain the sex difference.” Commenting on the study findings, the researchers note that “when we say ‘it must be a boy’ as a humorous explanation of complications of labor and delivery we are scientifically more correct than previously supposed.”

7. The Tale: Wrap Up Warm to Stave Off a Cold

Again, another old wives’ tale that is founded on some pretty contradictory research. Until recently, it was widely believed that your mothers’ assertions that wrapping up warm would stave off a cold were actually – scientifically proven to be – incorrect. However, a 2005 study conducted by researchers at the University of Cardiff in Wales found that participants who had their feet dunked in a bucket of cold water were twice as likely to catch a cold as those who were not dunked. Reflecting on these findings, the researchers speculate that the cold temperatures may have restricted circulation, which in turn decreases germ-fighting immune cells, leaving you more susceptible to a cold. It should be noted, however, that even the researchers who conducted this study felt that more research was necessary to prove the theory!

8. The Tale: Swimming Within an Hour of Eating Will Give You Cramps

According to the Winnipeg Regional Health Authority, this one might actually be true. You see, after a meal, blood is diverted to the digestive tract to help assist with the digestive process. Exercise, on the other hand, also causes blood diversions. So, it makes sense that if you’re digesting food while exercising vigorously, not as much blood would be available for the muscles, resulting in cramps. How to gage whether you’re swim ready? If you can honestly say that after eating that meal, you’d be comfortable going for a light jog around the neighborhood, you will most likely be fine in the pool!

9. The Tale: Shaving Your Legs Makes the Hair Grow in Thicker and Coarser

A favorite saying of mothers desperate to prevent their young daughters from taking a razor to their legs, this one might actually be true (on a technicality). According to dermatologists, natural hair tapers at the end, whereas hair that is cut with a razor is cut across its midshaft, giving it a thicker appearance and courser texture. Is the hair actually thicker? Well no, but if you continue to always cut the hair at its midshaft, the stubble will always appear coarser and will also contrast more against the color of the skin.

And finally, just for fun:

10. Holding a Knife or Axe During an Eclipse Will Result in Injury

Uhh…duh. It seems entirely plausible that a person wielding a sharp implement in pitch darkness could hurt themselves (or, as various slasher flicks would lead us to believe) someone else!

Check back every Tuesday for an all new Tuesday 10 list! And keep us honest in the comment board! 😉