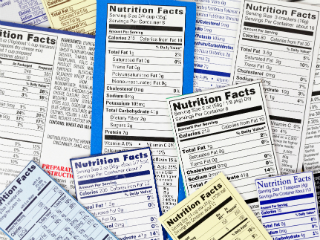 After years of committees, debates, panels, “consensus-building” retreats, and literature reviews, the FDA has finalized the new nutrition label guidelines. Packaged food companies have two years to incorporate the new labels. At that point, anything in a package that humans eat must have labels that reflect these changes. You’re probably skeptical. I was. The FDA doesn’t have the strongest track record. But before we condemn the new labels sight unseen, let’s take a look at what’s actually changing and what the implications are.

“Carbohydrates” will now contain a subsection for “Added Sugars,” which includes all sugars that do not naturally occur in the food.

Adding “Added Sugars” is a great move. Natural sugars are different than added sugars because they come packaged with the nutritional elements that mitigate their damage. A blueberry contains glucose and fructose, yes, but also anthocyanins, fiber, and other micronutrients. It used to be that you’d have to guess where the sugar was coming from in a packaged food. You’d have to see where an added sugar source lay on the ingredients list and estimate its degree of contribution to the total. With the new label, you get actual numbers, no guessing.

Serving sizes will reflect what people typically consume in a sitting.

Using realistic serving sizes is a no-brainer and I welcome it. Nobody drinks just half a bottle of Coke or scoops a neat half cup of salted caramel ice cream from the pint. The labels should reflect how people actually eat.

The food’s vitamin D and potassium contents are required to be displayed.

I also like the inclusion of vitamin D and potassium. They’re both important nutrients that most people are deficient in. Of course I’d like to have seen magnesium added or, heck, all the relevant micronutrients like manganese, zinc, chromium, choline, vitamin K2 (especially iodine, about which I can never seem to get accurate data), but this is better than nothing.

Vitamin C and vitamin A are no longer required to be displayed.

Instead of only listing the vitamin or mineral content of a food as a percentage of the daily value, the new labels will also list the absolute amounts of those nutrients in milligrams or micrograms.

Getting absolute amounts of the micronutrients is huge. Not everyone eats the 2000 calorie diet the daily values are based on, reducing the utility of the “percent of daily value,” but “400 milligrams of potassium” applies to everyone equally.

The daily values for fiber, sodium, and vitamin D have been updated to reflect new scientific consensus. Whereas 4 grams of fiber used to comprise 16% of your DV, it’s now 14%. Sodium DV was previously based on a 2400 mg daily limit; now it’s 2300 mg.

7. Increased prominence of “Calories” and “Servings Per Container”

“Calories per serving” is front and center, with a larger font and more bolding. “Servings Per Container” has a similarly elevated emphasis.

Calories are probably overemphasized. Everyone “knows” how important calories are for weight loss; further accentuation on the label may lead folks to ignore everything but them when making choices. That said, using realistic serving sizes does increase the utility of “calories per serving.”

Servings per container deserves the extra emphasis. It’s the reference point from which everything else on the label proceeds.

The new label no longer lists the amount of calories derived from fat.

YES. Since fat is more calorically dense than other macronutrients and most people assume calories are the most important aspect of a food’s healthfulness, using calories to represent fat’s contribution paints fat as the bad guy. Eliminating the “calories from fat” encourages consumers to evaluate the food on its merits.

You know what? I’m really impressed. These are actually positive changes. But what would I add, had I supreme power?

Oxygen Radical Absorbance Capacity; the antioxidant activity of a food. Higher is generally “better” and indicates the presence of polyphenols.

I’d include magnesium, manganese, iodine, chromium, choline, betaine, all the B-vitamins, vitamin K2, all the good stuff we talk about.

In addition to using grams, using teaspoons would provide a strong visual for consumers.

But that’s in a perfect world. Being a producer of foods that require a label myself, I know how onerous and expensive it can be to expand the standard label to include more information.

Maybe in 10-15 years, we’ll have “living labels” with touch screens and augmented reality capabilities. Touch “Minerals” or “Vitamins” and the full breakdown pops up. Touch “Where I’m From” and get a video showing the production process. That will be very cool.

Hardened Primal veterans won’t see their lives or behavior change much directly from the new labels, but you’re not the main audience. What I foresee happening is the general population realizing they’ve been eating terribly (“How much sugar is in this low-fat yogurt?”). We’re already trending in that direction; these label changes indicate the broader shift. When people realize that, no, a third of a bottle of Coke isn’t the true serving size and yes, they have been regularly consuming 65 grams of added sugar when they pop the 20 ounce Coke at lunch, they’ll realize that the way most people eat is insane and maybe that guy in the office who eats his steak and greens lunch out in the sun and takes frequent walking breaks and lobbied to get standing workstations for everyone isn’t so crazy after all.

All in all, I don’t see any big drawbacks here. It’s mostly a positive shift.

Scoff all you want. Realize that you folks who know the magnesium content of each spinach varietal by heart, can rattle off the specific non-curcumin phytonutrients present in turmeric, and are able to place a single droplet of liquid on your tongue and divine its sugar content by weight with perfect accuracy are in the minority. Most people can use the information provided on the new labels. Most people will see their food choices improve.

What do you think, folks? Are you for or against the new label changes?