Top 14 Ways to Increase Your Metabolism 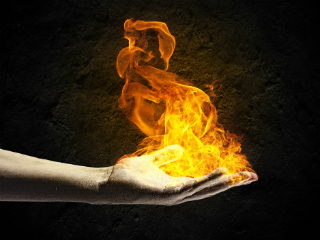 On a literal level, your metabolic rate describes how much energy you expend to conduct daily physiological functions. This has many practical ramifications, however, because your metabolic rate also influences how you feel, how many calories you burn, how many calories you can eat without gaining weight, your libido, your fertility, your cold tolerance, how much subjective energy you have, how you recover from injuries and stress, how specific foods affect you, and how you perform in the gym. In short, it’s usually a good thing to have a higher metabolic rate.

Here are a few ways to increase your metabolism in a healthy, productive manner.

The thyroid is the primary regulator of metabolic rate. To increase the latter, we must support the former.

If you’re legitimately hypothyroid, don’t be afraid to treat it. Sometimes supplemental thyroid is the right answer, and it’s less “modern” than you might think; traditional cultures used to supplement with animal thyroid gland.

Inadequate calorie intake sends a signal of famine to your body. There are varying degrees, of course—400 calories a day sends a very different signal than 1200 calories a day—but any deficit will be perceived as a stressor, however minor. That’s okay. Stressors are important and part of the benefit comes from our response to them. But in the face of continued and constant low calorie intake the body tends to depress the metabolic rate to match the amount of energy coming in. This slows weight loss, if not halts it altogether, and explains why many people feel tired, cold, and miserable on extended dieting.

Leptin is a major determinant of metabolic rate and energy expenditure. Since it’s secreted by body fat and responds to a lesser degree to your carb intake, using a low-carb diet to lose body fat may eventually, paradoxically, work against your metabolism. You can fix this by incorporating carb refeeds once or twice a week where you keep the fat low and carbs high to give lagging leptin levels a boost. Other potential fixes include avoiding grains, whose lectins may interfere with leptin receptors.

Furthermore, sprinting turns your muscles into glycogen sponges, so the carbs you eat to increase leptin and metabolism will be shunted toward the muscles.

Strength training is essential for increasing your metabolic rate for three primary reasons:

Capsaicin, the spicy compound in chiles, has thermogenic qualities. It activates metabolically-active brown fat, which could reduce body fat. Combined with exercise, it increases energy expenditure. Combined with food, capsaicin increases the thermic effect of a meal (the amount of energy burnt during digestion). Don’t expect a miracle here. But little changes add up. Besides, spicy food—if you’ve got the taste for it—is delicious.

Some people thrive on an erratic eating schedule. For some people, an erratic eating schedule depresses metabolism bccause their bodies “expect” food at specific times. In one study, healthy lean adults experienced a lower thermic effect of food—the extra burst of energy required to process and digest the food we eat—when they ate according to a disordered, erratic schedule. The same effect happened in overweight women trying to lose weight. Reduced thermic effect of food means lower energy expenditure and lower metabolism.

8. Expose yourself to cold.

To stay warm in cold environments, humans do several things that all involve increasing one’s metabolism. We shiver, which burns calories to maintain body temperature. We activate brown fat, a type of body fat that burns energy and increases metabolism rather than stores and blunts it. The more cold adapted you are, the more you rely on brown fat to stay warm.

It’s not necessary to take ice baths. Simply leaving the heat off in the house and going outside in short sleeves during cold weather will increase your energy expenditure.

If you have “earned the carbs” through heavy training, choose not to eat them, and continue to perform demanding work in the gym, your metabolic rate will suffer. A CrossFitter isn’t doing him or herself any favors by failing to restock glycogen stores after heavy WODs; this will exacerbate the energy deficit and introduce a metabolism-depressing starvation response.

Protein has the highest thermic effect of all the macronutrients, meaning it takes the most calories to digest and results in an higher energy expenditure. That it helps build thermogenic tissue—muscle—doesn’t hurt, either.

Acute stress seems to incease metabolic rate, probably by increasing adrenaline and cortisol. But in the context of chronic stress, where cortisol is chronically elevated and less stimulating, metabolic rate may drop. That could explain why women who report experiencing more “stress events” have a lower thermic response to food they eat. That’s chronic stress, and it’s far more damaging than acute stress, which we can and do recover and even benefit from.

Direct comparisons find that people who use standing desks have higher energy expenditures than people who sit.

Non exercise activity thermogenesis (NEAT) is an undervalued path to increased metabolism. That guy in your office who rocks back and forth in his chair, constantly cranes his neck around to look at everyone else, chews gum incessantly, takes frequent trips to the bathroom, and never seems to sit still may be nursing a crystal meth habit, or he could just be a high-energy guy with an elevated metabolic rate.

Whether you’re obese or of normal weight, drinking coffee increases your metabolic rate. The increase, mediated primarily by a boost to fat metabolism, is transient, but before you know it’s morning again and you’re ready for another cup (or three).

Tea works, too. It’s got caffeine (albeit not as much as coffee) and, if you’re drinking green tea, specific compounds that promote energy expenditure independent of caffeine.

Those are 14 tried and true ways to increase your metabolism over both the short term and the long term. I’m sure there are others, too. What have you guys got?