Dear Mark: Too Much Serotonin and Broccoli Sprouts 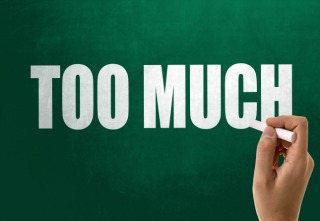 For today’s edition of Dear Mark, I’m answering two questions from readers. The first is more of a comment, but it brought up a few questions for me to address. Is “more serotonin” always a good thing? Is there such a thing as too much serotonin? And second, what’s the deal with broccoli sprouts? Are they good for us? Has the grungy hippy hawking sprouts next to your meat guy at the farmers market been right all along?

All good tips everyone should follow and a good reminder, thanks Mark BUT … it’s not always about trying to load up on serotonin nor is it necessarily safe to do so in excess, it’s also about your ability to USE what serotonin is there, it needs to be transported to the appropriate receptors. I’ve discovered this the hard way over the years. I’m in my 60’s and only take one pharmaceutical, an SSRI, and I no longer beat myself up about needing a reuptake inhibitor to literally help stay sane (I would not wish the panic attacks I get otherwise on my worst enemy).

I agree. More serotonin isn’t necessarily “better” and can even be counterproductive. For instance, one important function of serotonin is to increase “social awareness.” Adequate serotonin allows us to gauge the room. It increases empathy, helping us place ourselves in another’s shoes—a necessary skill for reading a situation. It helps us decide whether caution is warranted.

Yet, too much serotonin can backfire. A recent study found that brains of subjects with social anxiety disorder made more serotonin and transported it more efficiently than control brains. More specifically, the anxious patients’ amygdalae—the section of the brain associated with the fear and anxiety response—were awash in serotonin.

That’s one reason why I didn’t discuss taking 5-HTP supplements to increase serotonin in the brain: It works too well. Your brain has a theoretically limitless capacity to convert 5-HTP to serotonin. More 5-HTP crossing the blood-brain barrier (which it does), more serotonin production in the brain. If there’s 5-HTP available, you’ll make serotonin.

Sounds good at first glance, yet 5-HTP supplementation consistently fails to beat placebo in randomized controlled trials of depression. Sometimes it even worsens depression and other conditions by depleting dopamine and norepinephrine. All those neurotransmitters play important roles, too. To isolate and obsess over a single one misses the boat. Besides, we have a reliable way to increase serotonin production on demand—and it doesn’t really help the conditions “high serotonin” is supposed to address.

That’s why it’s important to disabuse the whole notion that there are good and bad neurotransmitters (or hormones, or cholesterol, or…). We’re finally starting to understand that our bodies aren’t producing things like LDL to clog our arteries or insulin to make us fat. Everything our body makes has a purpose. We must also understand that it goes the other way, too: endogenous production of neurotransmitters, hormones, and other compounds has an upper limit. More isn’t always better or safe.

Luckily, it’s unlikely that you’ll overdo serotonin following the guidelines I laid out in the post, because those guidelines promote natural production and regulation of serotonin.

What are your thoughts on sprouts? Not sprouted grains, nuts, beans, etc, but instead stuff like broccoli sprouts? Healthy, neutral, bad?

Thanks. I love broccoli sprouts and don’t want to give them up.

I’m a big fan of sprouts. Well, I’ll rephrase: they interest me greatly. They aren’t a regular part of my diet, but in the last few months I’ve been stumbling across information that makes me think they should be.

They can reduce oxidative stress markers and improve liver function in people with liver abnormalities.

They increase the body’s detoxification of airborne pollutants.

They reduce the nasal allergic response to diesel exhaust particulates.

They reduce oxidized LDL and improve other heart health markers in type 2 diabetics.

They reduce inflammation in smokers exposed to infuenza virus, possibly by decreasing the amount of virus residing in the nose.

They reduce symptoms in autistic teens and adults, improving social interaction and verbal communication in about half the the people tested. That’s really, really cool.

More generally, the sulforaphane in broccoli sprouts activate detoxification and antioxidant pathways in the body. In other words, sulforaphane is a hormetic stressor—a plant toxin that elicits a protective, beneficial response in the organism.

It’s not a panacea, of course. In asthmatics, broccoli sprouts failed to reduce oxidative stress or improve lung function despite drastically boosting sulforaphane levels. And as a hormetic stressor, there’s probably an upper limit to the amount of sulforaphane we eat and frequency with which we eat it.

But broccoli sprouts are clearly helpful and powerful, and people have caught on and are figuring out ridiculous ways to eat them, like eating bread made out of broccoli sprouts. I’m sure that’s great and all, but why not have a salad or a smoothie? This preserves the sulforaphane, whereas heating degrades it.

If you want to get started with broccoli sprouts, you have a few options:

The aforementioned grungy hippy at the farmer’s market. Nice way to start and see if you even like broccoli sprouts, but $3-5 a pop will add up if you start consuming Rhonda Patrick-esque levels of sprouts.

Sprout your own. It’s apparently a simple process. Buy some seeds, get some jars, find a warm windowsill, and you’re good.

Get some broccoli sprout extract or powder. Many of the studies use supplements, so they should work.

I think I’ll give these a shot myself.

That’s it for today, folks. Thanks for reading!

I’d love to hear about your experiences with serotonin and/or broccoli sprouts?