This Was My Aha Moment!

Cancer sucks! Not that I ever personally endured cancer. I did however watch my father die of lung cancer when I was nine. Why would I start there? Only because I think it was the biggest factor in my descent into both substance and food addiction, not to mention the interspersed bouts of chronic cardio and caloric restriction that defined the next four decades of my life.

So if my fathers demise fueled the need to bury my feelings, the Standard American Diet (SAD) provided the vehicle. Processed and fast food was a large part of my diet as a child. In hindsight processed carbohydrates became my drug of choice. I literally buried my emotions in overeating crap food. Eventually this led to unhealthy weight gain.

This transpired between my 7th and 8th grade years. Fat shaming is real. Between my 9th and 10th grade year I decided to do something about it. Enter chronic cardio and calorie restriction. Coupled with the fact I had entered puberty and the benefits of the hormones that come with that I was able to slim down. I was able to control my weight for the most part till my early twenties.

By then I was doing a stint in the US Marines and that kept me fairly fit. Soon after I got out at the age of 24 I started to have weight creep. Enter my one and only attempt at a plant based diet. I was able to lose weight eating that way, but it came at the expense of muscle loss and in the end it really wasn’t sustainable for me long term. I was still fairly active and was able to rebuild the lost muscle and continue to maintain my weight. 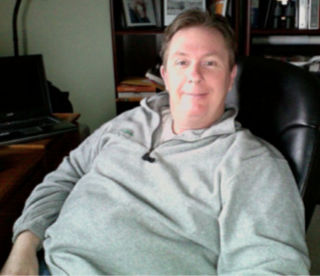 At 29 I changed careers and became an outside sales rep for a flooring distributor. Eating and exercise became less of a priority and I woke up one day in my early thirties at a hefty (for me ) 225 lbs. By the age of 33 I was going thru a divorce and doing what all single guys do, I decided I needed to get in shape. The only thing I knew that worked was chronic cardio and caloric restriction. That once again worked. I was able to drop the weight and get back in shape.

Back in a relationship (that I’m still in 23 years later and happily married) at the age of 36, I could no longer maintain the calorie in calorie out life style and once again my weight crept up, this time to 245 lbs. For some guys this doesn’t seem like a lot, but with my build, I was at least half body fat. Over the next decade I tried half hearted attempts at chronic cardio and caloric restriction with very limited success. In the end I would always default back to my set point in the 240s. At this point I was starting to show signs of metabolic disease. My fasted blood glucose was squarely in the pre-diabetic range and I was starting to show signs of sleep apnea. I had to have a hip replaced.

After another career change that involved less stress and travel I decided it was time to start dealing with it, but other than the calorie in and calorie out method I had no idea how. I had just turned 50 and was determined to make my 50s better then my 40s. About this time a friend convinced me to get a road bike. I did and fell in love with it. Coupled with a diet that consisted of weighing everything I was able to get under 200 lbs!

During this time I was reading a British cycling magazine called “Cycling Fitness” (no longer in publication) and it had an article about this crazy caveman diet. A few Google searches later and I landed on a website called “Mark’s Daily Apple.” That lead me to the Primal Blueprint. That was my aha moment. It all made sense! Being slightly (which may be a modest description) obsessive compulsive I devoured the Primal Blueprint and a myriad of books on the subject.

I wish I could report it was all smooth sailing from that point forward. Unfortunately I only took away part of the message. I continued to ride my bike way too hard, way to often and after a period of fantastic fitness I completely crashed and burned. Over training is for real. Along with it comes sleep issues, digestive issues and general fatigue. It’s not a simple hole to dig out of. I had managed to get my weight down to 160 lbs, but felt both weak and burnt out. I actually had friends do an intervention. They wanted to know if I was “all right.”

This all lead to a SAD food binge and before I knew it I was up to 195 lbs and climbing. I also was battling a really bad case of psoriasis. The medical industry was no help. About this time I had a bad alcohol moment. No legal trouble or abuse or anything, but I managed to totally freak my wife out and myself. That was July 1st of 2017. I decided then and there to retire from drinking and get my health back. Enter the New Revised Primal Blueprint. Once again I devoured it. This time I decided to really embrace the whole concept.

Shortly after I signed up for the Primal Health Coach certification program. Partly out of a desire to help other people to overcome their weight and health challenges and partly to keep myself on the right path. Since then I have completed the certification and have continued to embrace the lifestyle. I currently weigh 162 lbs but feel much stronger both physically and emotionally than I did when I had dropped to 160 lbs. My skin issues have resolved. Existing joint pain has diminished. My last A1c was at 5.2. 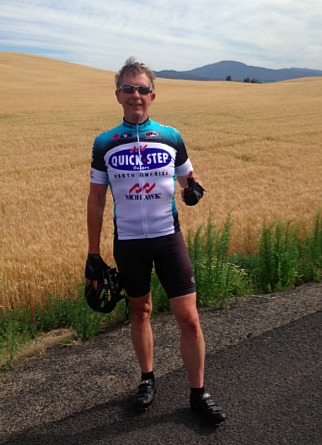 So what have I learned:
• Diets don’t work, lifestyle changes do.
• Food can be very addictive, treat it accordingly. If you crave it, it might be a problem.
• You can’t exercise your way out of a bad diet.
• Find a way to let go of old hurts, they can hold you back.
• Be willing to experiment and do your own N=1. You need to find the best way of eating for you (preferably within the Primal framework).
• Yes, sleep and recovery are important!

I still enjoy my time on the bike but with more of a focus on enjoying the ride. I also have had luck experimenting with the carnivore diet and although I recognize this is not the best approach for all it seems to work well for me and is a valid tool for some. I can also see a diet that leans more towards plant based working well for others. N=1 baby! A special thanks to Mark Sisson for his influence and resources.