This Is Not a Story of Weight Loss, but of Health

This is not a story of weight loss (I’ve always been thin), but of health. I grew up on a diet of ramen noodles, pasta, potato chips, pizza rolls, and Dr. Pepper. So it’s no surprise that I was diagnosed with an autoimmune disease by the time I was 19.

When I was a teenager, nutrition consisted of reading prevention magazine for tips on “heart healthy whole grains”. My first real step towards health was when I was about 14 and decided to give up soda for my New Year resolution. It was HARD. My family thought I was strange when I got water instead at a fast food restaurant, especially since the soda was “already paid for” with my meal. But I did it. Of course, that wasn’t the end all cure for my health problems. I had a lot further to go.

When I was about 13 the health issues I’d been dealing with all my life got worse. Constipation, inability to tolerate heat, canker sores, fatigue, etc. If we went out shopping, I couldn’t stand or walk for more than about an hour without having to sit down. My mom took me to the doctor and had some tests run. Negative for thyroid problems. If only I’d known how wrong that doctor was. 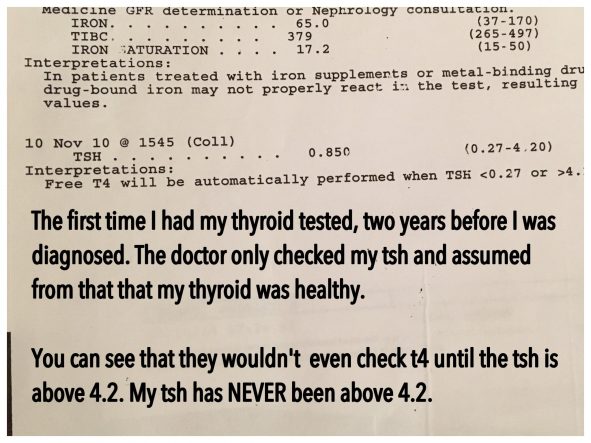 When I was about 15, I started having issues with my heart racing. I would be at school, sitting at the computer, and suddenly I could FEEL my pulse in my neck. I tried to describe it to my doctor but he didn’t understand what I meant. Still, I was given an EKG (small murmur but nothing too out of the ordinary) and a heart monitor, but I was never able to catch an episode and record it.

Around this time I somehow got my hands on It Starts With Food, read it voraciously, and started a Whole 30. I lasted a day before the carb flu was too much and I quit. “See,” people said, “this is just proof that you need some carbs and grains in your diet!” I continued to eat junk for the next 4 years of my life, but I also began to read websites on paleo and primal diets (including Marks Daily Apple) and make small improvements here and there.

Finally, when I was 19 (2012), I went to a normal yearly check up. As my doctor was feeling my throat she told me my thyroid felt enlarged, and she was going to order some blood tests. What I didn’t know at the time was that I was extremely fortunate, because my doctor had an autoimmune thyroid disease called Hashimoto’s. And because she had this disease, she knew not to just test my TSH, and maybe my T4, like most doctors do. She also tested my antibodies. The results came back and it was confirmed: I had Hashimoto’s. Those racing heart issues? Caused by hyperthyroidism as my body was destroying my thyroid. Finally, an answer to what was wrong with me.

She immediately put me on levothyroxine, which did temporarily help me feel better. But I also decided to take my diet more seriously. I reread It Starts With Food and devoured The Primal Blueprint. I began to eat even more paleo, although not yet 100%, and I saw improvements. That summer I gave the Whole 30 another try and it changed my life. Constipation, gone. Canker sores, gone. Fatigue, not gone but much improved. That summer I went kayaking in the Austin heat (100+ temperatures) for hours and didn’t suffer from heat exhaustion like I normally would. I got my antibodies tested again, and they were so low that if I had not tested them before, you wouldn’t know I had an autoimmune disease. 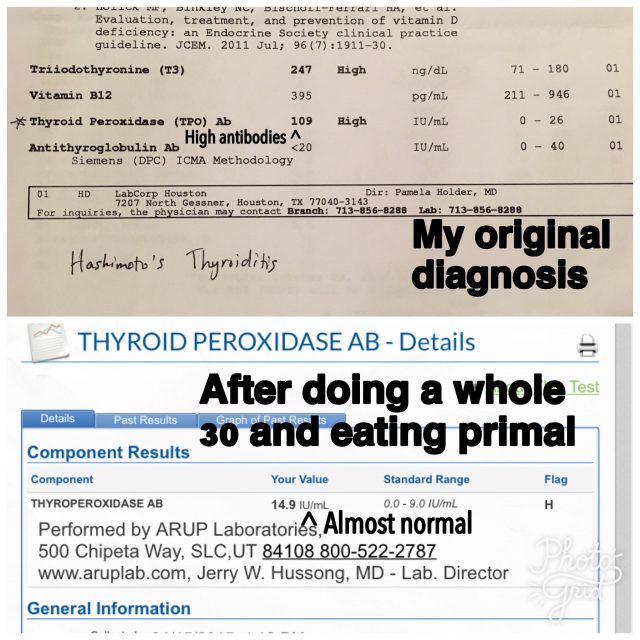 I began following a mostly primal diet, and reading the Marks Daily Apple success stories every week for inspiration. Every once in awhile I’ll do another Whole 30 or the Primal challenge to reset my diet. But that was not the end of my primal journey.

A few months ago I cheated on my diet a lot and ate way more gluten than normal. I’d long suspected that gluten was to blame for my canker sores, and when they came back with a vengeance it all but confirmed it for me. I did some research and learned that canker sores are actually a symptom of celiac disease. I also learned that once you have one autoimmune disease it’s very common to develop another, and Hashimoto’s and Celiac especially go hand in hand. I went to see a gastroenterologist to see about getting tested for celiac but learned that to be diagnosed you have to eat gluten for at least a MONTH beforehand. This is because the only way to test is to look for the damage that the disease causes to your body. There was no way I was going to put myself through that and undo my hard work, so I didn’t go through with the test. However, I did get some genetic testing done to see if it is possible for me to have celiac. You can’t be diagnosed from a genetic test, because there are a lot of factors that go into whether or not a gene is expressed. I found out that not only do I have one of the genes associated with celiac disease, but I also have all six genotypes that increase the likelihood that you will develop celiac disease. All this confirmed for me is that I am on the right path, and avoiding gluten forever 🙁 is in my best interest.

Though my health is a million times better than it was when I was first diagnosed, I’m still not 100% and still have some damage from these autoimmune attacks to heal, so I read The Hashimoto’s Protocol by Izabella Wentz and am slowly making my way through her protocols in order to get to the best me I can be.

In all of this I’ve mostly avoided talking about exercise. I’ve never been a fan, to tell you the truth. When I was younger my heat intolerance definitely got in the way. I played soccer and rowed crew in high school, but I was always toward the middle or lower end of my team and had struggles with running or rowing without completely exhausting myself. After high school my exercise was mostly limited to walking or hiking, and occasionally playing pick up sports on the weekends, until my boyfriend convinced me to sign up for the Spartan Super. 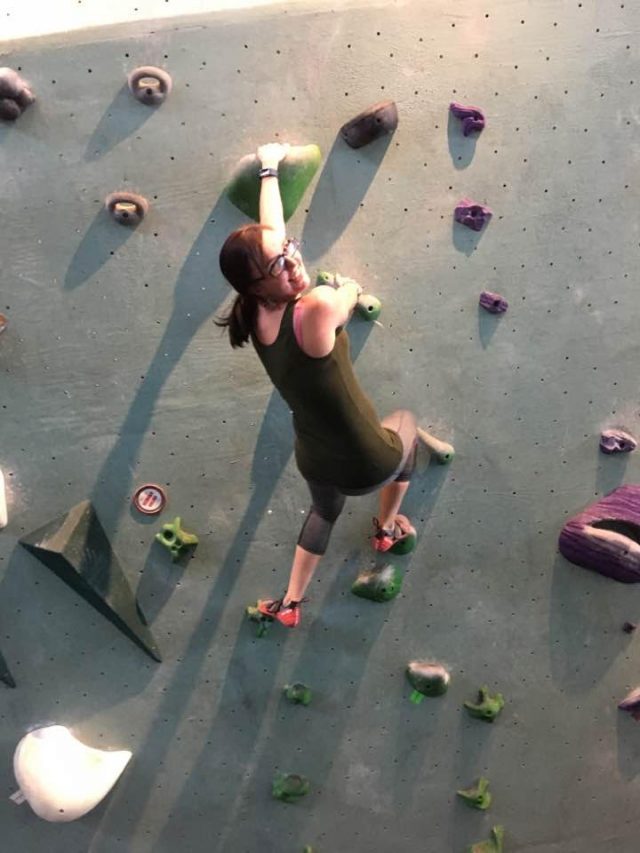 I was scared. 8+ miles??? Obstacles that included upper body strength??? I couldn’t even do 1 pull up. We began training. To build upper body strength we went to Austin Bouldering Project, which I found much more mentally stimulating than the weight room. They also have a rope there, so I could begin to train for the rope climb, one of the obstacles that worried me the most. After a few weeks, I finally made it to the top! We also went running once or twice a week, although to be honest I still hate running and probably should have gone more often to prepare. Last weekend I ran the Spartan Super and am proud to say that I completed it! The running was definitely a challenge, and there were a few times I slowed my team down, but I finished and I only failed four obstacles. I surprised even myself by completing the multi-rig (similar to monkey bars with rings) at the very end of the race. 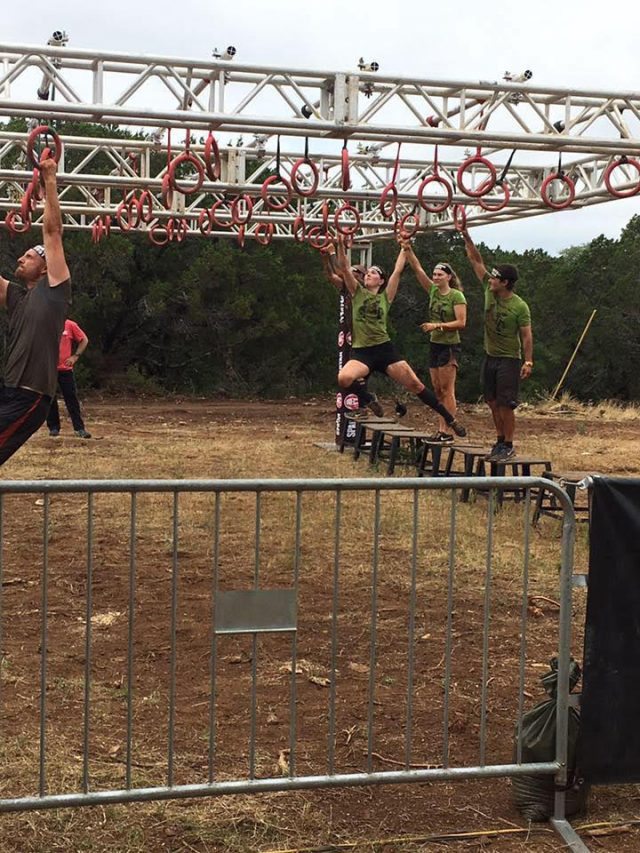 My health journey is not over. I want to thank everyone out there like Mark, the Hartwigs, Dr. Wentz, and others for pushing back against the standard american diet and lifestyle and leading the way for people like me to regain our health and our lives. 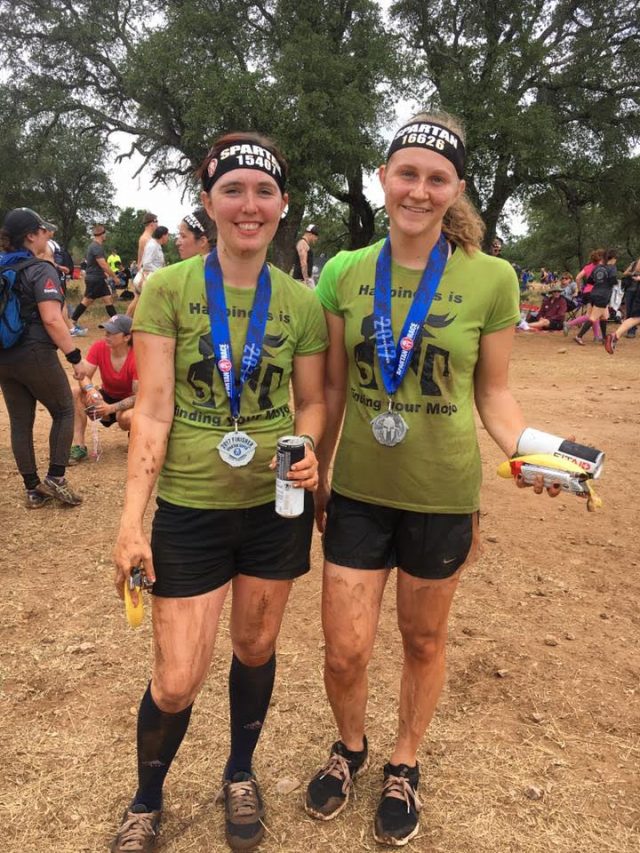