The Role of Supplementation in Keto: What’s Uniquely Useful 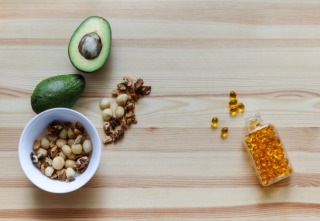 Yesterday, I explained my rationale for supplementation in a Primal lifestyle. Today, I’m going to get a bit more specific and discuss the role of supplementation on a keto diet. As a diet founded upon the restriction of an entire class of macronutrients, keto seems like the perfect candidate for stringent supplement requirements. And if you go around the web asking other people, you’ll find plenty of opinions, lists, and recommendations for this or that supplement that you absolutely must take or face certain death and disfigurement.

Done well, keto needs no overt supplementation. That said, some supplements can be useful.

Most of yesterday’s post applies to anyone trying to cobble together a healthy diet in the 21st century. Everyone’s access to ancient wild plant foods is limited. Most people spend too much time indoors and need vitamin D to make up for it. We can all benefit from having a reliably healthy, convenient meal replacement on hand, and most people aren’t eating enough collagen. But what are the supplement considerations unique to keto dieting?

For most people, keto seems to slightly compromise top-end glycolytic power—the type of energy you need to push high-volume, high-intensity efforts in the gym and in the world. We simply don’t carry around the same amount of glycogen as your standard carb-loader, and if you’re trying to do the same activities as the carb-loader, you may lose top-end power.

That’s where creatine comes in. By increasing muscle phosphocreatine content, it provides instant energy for intense movements. It doesn’t last long, but we can recycle it with a short rest. The best sources of creatine in the diet are meat and fish, which you’re probably eating. But a little extra creatine monohydrate works well.

Medium chain triglycerides aren’t essential on keto. You can be perfectly ketogenic by burning and converting longer chained fatty acids, both dietary and endogenous. But MCTs are nice to have around because they boost ketone production directly and can really help someone during the transition. Lately, I’ve been whisking some of the powdered MCTs into a little hot whole milk or cream and adding that to my coffee. Placebo or not, I definitely notice an increase in mental alertness and focus.

All the issues preventing people from getting adequate doses of phytonutrients in “regular” diets become compounded on keto diets for two simple reasons:

Some of the richest sources of antioxidants are too high carb for keto dieters to eat on a regular basis. I’m thinking of purple sweet potatoes,

Many keto dieters mistakenly assume that all plant foods are off limits. This eliminates the best sources of antioxidants, like low-sugar berries and non-starchy vegetables.

You can avoid much of this by accepting that unlimited leafy green vegetables and moderate doses of berries like blueberries, blackberries, raspberries, and strawberries are okay on keto, but a dedicated antioxidant supplement providing a broad spectrum of phytonutrients drawn from the entire plant kingdom is a nice buffer. I recommend Primal Master Formula, but then again, I’m biased. Whatever you choose, take on an irregular basis. Much of the benefit we get from these plant compounds is hormetic, and taking it every day can reduce the effectiveness.

Early on in the process of keto adaptation, you’re losing a ton of sodium. You’re losing water as you expend glycogen, which flushes out sodium. Your insulin levels are low, which further reduces sodium retention. As readers of this blog, you’re probably training, which expends even more sodium through sweat. And since you’re not eating any more pre-cooked processed junk food, which tends to contain a lot of salt, you’re probably eating less sodium than before.

The symptoms of low sodium include fatigue, headaches, extreme thirst, and a reduced ability to tolerate physical activity, especially in hot weather.

Salting your food to taste and drinking salty bone broth should be enough for most people, but I sometimes find it helpful to have some sparkling water with lime juice and a generous pinch of sea salt in the morning.

In order to maintain proper sodium-potassium balance, the body responds to declining sodium by shedding potassium. This is critical, because potassium is one of the basic electrolytes our cells need to perform basic functions. I don’t know about you, but I like my cells to function.

Some of the best sources of potassium include bananas, potatoes, and other starchy foods that are off-limits to most keto eaters. You can make up for it with avocados and leafy greens, but in the early days, when sodium is low and potassium drops to balance it, some extra potassium can really help.

Some keto diehards question the relevance of magnesium, seeing as its most famous physiological role is in preserving and maintaining glucose tolerance and reducing insulin resistance. If you’re not eating much glucose, what’s the point of all that magnesium?

Magnesium does a lot more than help you process glucose, though. It’s important for bone health, nerve and muscle function, immunity. It also helps preserve potassium, which many keto dieters can miss out on.

We can get it from plenty of low-carb foods, like almonds and pumpkin seeds, but those come with a hefty dose of omega-6 fatty acids. There’s nothing inherently wrong with eating some whole food omega-6 fat. It’s just that eating pumpkin seeds to hit your magnesium requirements means you’ll go way over your omega-6 limits.

A keto diet is a high-fat diet. Most people who go keto are coming from a decidedly lower-fat diet. Maybe not a low-fat diet, but a lower-fat diet. In order to process all that fat, your liver needs to be equipped with the nutritional tools it requires to function. Choline is first and foremost a powerful regulator of hepatic fat metabolism. In order to manufacture the very low density lipoprotein particles that transport fat from the liver, we need choline. Without it, the liver accumulates fat.

This isn’t just true in “normal” diets deficient in choline. Mice on a strict keto diet deficient in choline manage to lose weight, but gain significant liver fat.  The higher the fat intake, the higher the choline requirements. The more fat you eat in a choline-deficient state, the more fat your liver will store. Saturated fat seems to require more choline than other types of fats, which has particular relevance for the Primal keto dieter.

The average man, woman, and child already eats too little choline. Keto dieters, whose choline requirements are probably higher than the average person, will need even more.

Yesterday, I explained why prebiotics are so useful. They feed and support your healthy gut bacteria. Their metabolism by said gut bacteria create beneficial short chain fatty acids that feed your gut cells, improve the health of your gut, and have nice systemic effects like improved glucose tolerance and a lower risk of colon cancer. They can help counter diarrhea and/or constipation, depending on what’s ailing you.

If you don’t know what you’re doing, they can be tough to get on keto. Truly green (unripe) bananas are probably safe sources of resistant starch, a potent prebiotic. Leeks, garlic, and Jerusalem artichokes are great sources of inulin, another potent prebiotic. And all the miscellaneous produce that you eat on keto, from leafy greens to raspberries to broccoli to cabbage, will provide prebiotic fodder for your gut bacteria.

A really quick and easy way to get prebiotics is with raw potato starch (for resistant starch) and inulin powder. There’s also a good amount of inulin in Primal Fuel (along with MCTs from the coconut milk).

And, yes, you don’t need any of these things in supplement form.

It’s just that having some supplements on hand can really help, particularly during the transition as you get the hang of this new way of eating.

That’s what I’ve got. Now I’d like to hear from you.

What supplements do you consider most useful on a keto diet?