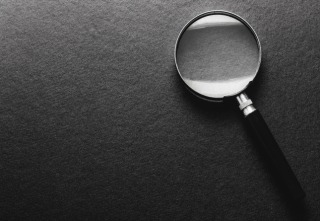 For today’s edition of Dear Mark, I’m addressing just one question. It’s not even a question, really. It’s a study. In the comments to a post from last week, Pedro dropped a line about some very cool research.

No way would I miss that one, Pedro. Thanks for the note.

This wasn’t quite a question, but it gives good fodder for me to riff on a few things.

First, as I have said for a decade “The less glucose you burn in a lifetime, the healthier you’ll be and the longer you’ll live.” A new study—the PURE study—seems to hint at that. They looked at the dietary intakes of over 135,000 individuals from 18 countries with an average followup of about 7.5 years. They saw what people said they ate then watched what happened to them.

Turns out that people who ate the most carbs had the highest risk of dying.

People who ate more saturated fat than is recommended (under 10% of energy) had longer lives.

People who ate fruits, vegetables, and legumes lived longer, too, but the benefits plateaued at around 3-4 servings a day after adjusting for variables like education, income, smoking, and exercise.

This is a great study. It appeals to us. It hits pretty much every point we’ve been saying for years.

We have to exercise the same restraint and skepticism with this study that we show when observational studies claim the opposite: that meat is deadly and saturated fat will destroy us all. Many of the same issues apply here.

For example, the unreliability of food frequency questionnaires (FFQs). That’s where you have to fill out a form describing what you ate and how often over the last 12 months. Here’s a sample FFQ (PDF), to get an idea of what they expect people to remember. They aren’t very reliable. People lie. People forget. People tell you what they think you want to hear, downplaying the unhealthy stuff and overstating the healthy stuff. While this last factor is less relevant in studies where the “unhealthy stuff” turns out to be good for us, it’s still a mark against.

Another is the simple fact that it’s an observational study that cannot prove cause and effect.

Of course, some of the study’s critics make mistakes. Katz had one of the most dishonest takes on a major aspect of PURE. The real kicker was his description of non-cardiovascular mortality:

An alleged “surprise” in the PURE data is that higher intake of saturated fat was associated with lower mortality overall. Here, too, however, higher saturated fat intake- which occurred together with higher protein intake- was associated with much reduced risk of non-cardiovascular death. So, does eating more saturated fat protect you from dying when run over by an ox- or does being in a place with access to more saturated fat (i.e., animal food) in the diet mean you eat the ox before he can run you over? And, that, if ever he does run into you- there’s a hospital somewhere reachable?

He plays similar games with other associations between dietary intakes and “non-cardiovascular death.” Katz knows “non-cardiovascular death” doesn’t just mean accidental or violent deaths. It means deaths from diabetes, cancer, and everything else including, yes, accidents and violence. Which do you think causes more “non-cardiovascular” deaths—goring by ox or untreated diabetes? Trampled by yak or colon cancer? Crushed by wildebeest stampede or lung cancer?

But Katz doesn’t mention those other, more common non-cardiovascular deaths. Most people reading his article won’t consider them. It’s not a lie, not technically, but it’s close. He misleads via omission.

That said, he proposes an interesting explanation:

Animal protein and saturated fat consumption were markers of affluence and access to health care. People who ate more of both were healthier because they were wealthier, had access to other healthy (expensive) foods, and could go to the doctor, not because of some intrinsic quality of the nutrients themselves. Those who ate less were poorer, sicker, and more reliant on processed, refined foods.

That could be part of it. I wouldn’t be surprised. The 18 countries were all over the map and included high income (Canada, Sweden, UAE), middle income (South Africa, Turkey, China, Argentina, Poland, Colombia, Iran, Malaysia, Chile, Brazil), and low income (India, Bangladesh, Zimbabwe, Pakistan, Palestinian Territories) nations. The food and health situations vary wildly across those countries.

One of the biggest criticisms I lob against the typical observation study “proving” the danger of saturated fat/animal protein/egg yolks is the healthy user bias. Animal foods have the reputation as being terrible for your health. “Everyone knows” whole grains are healthier than steak and eggs. Thus, the people who eat more saturated fat/animal protein/egg yolks are also more likely to be sedentary, to smoke, to drink too much, to avoid vegetables, and to do all sorts of other unhealthy things.

The most impressive part of the PURE study is that the benefits of saturated fat/animal protein/fewer carbs survived the healthy user effect. Despite “everyone knowing” that they’re deadly, those who ate more of them still lived longer. That’s powerful.

What else is there?

Thanks for reading, everyone. Take care. I’d love to hear your take on the study.