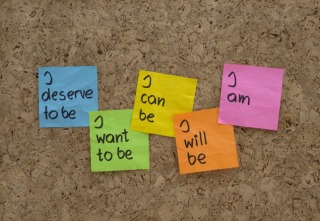 We’re a little more than a month out from New Year’s, and most people have abandoned their resolution efforts. Gyms are emptying out; the squat rack is free again. Cars are piling up in the drive-thrus, the farmer’s markets are noticeably emptier. Was it all for naught? Are the grand visions, the big plans, the lofty resolutions really going to culminate in a sad sputter…a fizzle? Will one-time optimists resign themselves to just another personal failing, another reason to slink back into despair? If January is about hope and ambition, what’s the lesson for February?

I’m not surprised. It happens every time, and it’s caused by our dysfunctional relationship to self-improvement.

Sure. Improving your health, happiness, life purpose, fitness, body composition, business, and/or relationships is undeniably a good thing. And there are dozens of reputable sources of information to help you make right changes—and make them stick. There’s a lot of good advice and inspiration out there.

In fact, there are now so many life coaches, dietary gurus, lifestyle designers, and other self-improvement professionals that you could probably sign up for a free introductory half-hour coaching session every single day for the rest of your life and never run out.

How many of us are actually heeding the advice from the experts and applying it to our own lives, though? If self-improvement seems like such an obvious virtue, why isn’t everyone doing it all the time?

It’s hard, for one. It often involves discomfort and requires that we relinquish our grip on convenience.

It means placing our immediate desires on hold for future rewards. It’s declining the cake today for the visible abs next month.

But there are also two other more pernicious impediments to our self-improvement that you might not be aware of. If we want to make any real changes, we have to address them.

Imagine you’re scrolling your Twitter feed, “liking” every inspirational quote that hits you just so, redirecting every book recommendation from trusted personalities into an Amazon wish-list you’ll never actually buy anything from, emailing yourself a particularly poignant TEDx talk that, at the time, you swear will change the way you look at the world.

Or maybe you’re listening to the latest episode of a guru’s podcast and the guest discusses her daily morning routine. You’re touched, you’re moved, you text a quick summary to a friend, and you resolve to adopt elements of it yourself. You jot down the gist, shove it into your “Things to Ponder” Evernote notebook, and promptly forget it ever existed.

Most people treat self-improvement like a spectator sport. They enjoy the feeling of being energized and excited about the prospect of real change and real improvements. When they’re reading the books, listening to the podcasts, scrolling through the Twitter feeds, watching the TED talks, consuming the content, they feel like they’re taking the first step toward self-improvement. It feels like a victory, and whenever we feel like we won or achieved something, we get a hit of dopamine. Dopamine perpetuates the action that initially triggered its secretion, which is why we can get addicted to dopaminergic drugs like caffeine, tobacco, and cocaine. But if we never take the second, third, fourth, or fiftieth steps, we never go anywhere real.

Consuming self-improvement content sure does feel productive. It tricks you into thinking you’ve just accomplished something. You have to keep going. Most don’t.

It’s totally normal to fail at self-improvements. Setbacks happen. And they’re not very fun, especially compared to that initial burst of inspiration when the dopamine is flowing and you’re imagining all the improvements you’ll make, all the work you’ll get done, all the productivity barriers you’ll hurdle. For a moment, you’re in the promised land. You’re doing things. That feels good. When it’s gone, replaced by the harsh reality that you failed to take the next step, it feels extra bad. That’s why self-help books are so popular, and new ones keep being published: when people read one and it doesn’t work, they move on to the next one. And there’s always a next one.

Which brings me to the second major problem: they react poorly to their initial failure. They give up. Instead of using the setback as motivation to never let it happen again, they just get down on themselves—”I’m a failure, and I’ll never be anything else,” For Grok’s sake, how about showing some compassion for yourself?

This is called self-compassion. It sounds fluffy. New-agey. But it works.

This makes perfect sense. You accept your mistakes and move forward, because where else can you go? Self-esteem meanwhile feels artificial and forced, probably because it is. Esteem should emerge from estimable acts and successes, not be tacked on to failures.

According to the researcher who discovered the power of self-compassion, we’re really dealing with three main points:

In other words, talk to yourself the way you’d talk to any friend, loved one, or child who was also hurting. What would you say—literally? Say it to yourself, too.

Self-compassion isn’t about lulling us into stagnancy. It allows us to continually come at life—and our goals—from a place of intactness. Why give energy to a denigrating voice? It only divides you against yourself—a waste if you ask me. Self-compassion reintegrates us. We’re stronger, more solid, and more patient as a result.

Then we’re able to bring real resilience to our self-development aims. We’re not dependent on the string of motivational fixes from outside sources. We’re not moved to abandon an effort when we lose our footing. We accept the process insomuch as we accept ourselves in it. And that’s the real starting point for success.

Thanks for reading, everybody. Share your thoughts, and have a great day. Staying Motivated While Working Out At Home (Plus a PELOTON ... What to do When You’ve Hit a Weight Loss (or Other) Pl...