The Primal Competitive Instinct: What Is It Good for? 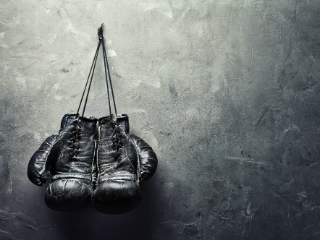 These days we have a mixed relationship with competition, and maybe rightfully so. As a culture, we struggle with the joys of simple play, the meaning of good sportsmanship, and the lightheartedness of a game well played. Life as we live it today can feel too serious, and the prospect of competition against that backdrop can feel like yet another layer of harshness, judgment or evaluation. To boot, those who have too much of a competitive spirit often demonstrate the least exemplary attitudes. I’d argue, however, that we throw the baby out with the bathwater when we push competition away instead of cultivating a healthy relationship with it.

Trust me,  I should know. As a recovered competitive endurance athlete,  I’ve been on both sides of the tracks. It’s a big reason why I wrote Primal Endurance. As is often the case with Primal instincts, we can vilify competition with a one-dimensional assessment, or we can strategically harness it for our personal advantage. Now, with lots of experience under my belt, I always make a point to strive for the latter.

Sure, some of us are inevitably more drawn to competition than others, and we all gather energy from a unique mix of internal and external motivation. Nonetheless, we’re all born with the basic wiring. Competition is part of the human story after all. As a species, we’ve been propelled forward by the competitive edge time and again. Survival of the fittest may not mean as much in today’s world, but it was the principle that governed humanity’s evolution through the ages.

Although Grok’s time wasn’t necessarily characterized by the rampant violence conventional assumptions might lead us to believe, competition undoubtedly played out with random injustices, personal rivalries and mate competition. Yet, the egalitarian nature of social organization likely kept competition seated mostly in the realm of play rather than power. Even though band members might have enjoyed accolades or recognition for their hunting talents or inventive creativity, their status or well-being wouldn’t have changed much (except maybe being more attractive to potential love interests). On the individual level, competition, then, thrived more as a means of appeal rather than conflict.

But where competition mattered most perhaps was the larger context with group selection. The selfish gene, after all, wasn’t just about the individual in question. It was about group selection—oneself and one’s kin. How collaborative Grok could be (and even how altruistic at times), not only enhanced his appeal but also his and his band’s survival. It’s a different take than we often think of when we’re looking around the gym wondering whether we’ll ever be able to bench press what that other guy/gal can.

So, what should this mean for us today? What role can/should competition play in living a healthy life and propelling us forward? While not every health goal itself necessarily benefits from competition (e.g. the unhealthy conditions and long-term failure of The Biggest Loser approach to weight loss), competition can change how we apply ourselves to our goals. When viewed through the lens of play, it can be a boon for our growing sense of competence and self-discipline. We’re charged by more than the “shoulds” in our health aims and can engage on the level of game.

Let me throw out a few ideas for infusing your process with a competitive Primal spirit, and I hope you’ll add yours to the mix in the comment board.

Harness that “group survival” mentality, and get inspired to pull your weight in the tribe by joining a team sport like a hockey, Ultimate, a basketball league, or a group activity such as dancing, rowing, or mountaineering. Being in competitive group dynamics can be cathartic. It let’s you flex those proverbial (and literal) muscles without anyone getting hurt (usually). You get to contribute to a common goal along with your teammates while vying for victory. And if you have good sportsmanship, you can look forward to some deep social bonds; something which is good for longevity and overall happiness.

Engage in a little healthy comparison

Yes, comparison can be “the thief of joy” in some cases, but it can also spur us toward greater visions. Instead of indulging in jealousy, ask the person whose skill or strength you admire if they’d be interested in offering some advice on how he/she achieved success. Heck, if you both hit it off, you might have a new mentor as a result, which can be invaluable.

Challenge yourself to specific self-improvements

All athletes know they’re in constant competition with their previous performance first and foremost. Track your fitness numbers (e.g. pull-ups, push-ups, squats, plank time, reps, etc.), meditation minutes, sleep hours, pre-bedtime technology shutdown, or any other goal you have for yourself, and set short-term goals that push you to improve those markers. Engage your social networks by announcing and updating your intentions (humor will garner you enthusiastic support) on Facebook or Instagram. Nothing like group accountability to reinforce your commitment to personal progress.

Trying to get yourself motivated to enhance your Primal way of eating? Host a Primal potluck and vow to bring your best cooking game to the event. Alternatively, channel your efforts for the greater good. Sign up for athletic charity events like walkathons and races, and push yourself to perform better all the while knowing your efforts are already benefiting a bigger cause. If you’re going to be competitive about something, you might as well have a positive byproduct to show for it. That’s something I’ve done all my life. I challenge myself to do big things, but only if they have demonstrable value to others. That’s been the guiding force behind everything I’ve done in the Primal sphere, from The Primal Blueprint and Mark’s Daily Apple to PRIMAL KITCHEN™.

When tracking numbers gets old, challenge yourself to variety. Compete with yourself or a friend to see how many new workout activities you can try in a month. Zumba, check. Slacklining, check. Helping a rural neighbor bale hay, check. If you have friends or family helping cheer on or oversee the competition, agree to assign extra points for creativity.

Here’s the takeaway. Be competitive, but in the right ways. Let that instinct guide you to greatness, not resentment or disappointment. Used wisely and constructively, a competitive instinct can be a deep source of motivation. So get out there and be competitive (for the greater good)!

Thanks for reading today, everybody. Share how you harness the competitive instinct for your Primal lifestyle, and have good end to your week.