The Primal Community Is More Diverse Than You Might Think 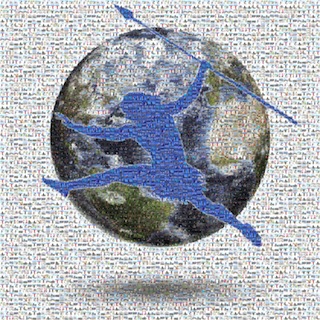 We?re cavemen/women-wannabes, deluded health nuts, nonconformist cynics, shameless meatlovers, barefoot rabble – the list goes on and on. People who don?t know any better may assume a lot of things about us. We?ve probably all been in these situations by now, right?

If you asked random people on the street about their perceptions of Primal/paleo adherents, I?d venture to say that a lot of them would say we?re beefy single men in our 20s – maybe 30s – who spend our days in the gym. Kinda funny, since the majority of MDA readers (by about 10% anyway) are actually women. And last time I checked not all of us – my ?old? self included – have seen 30 in a while. We?re not all Californians or even warm weather folk who spend our days shirtless and surfing (even though the barefoot shoe fits this guy). Many of us, in fact, weather winters cold and long enough to mirror the worst ice age.

In fact, a substantial percentage of us aren?t even from the U.S. – or from North America. We?re from over 50 countries across nearly every continent (still holding out for the Antarctic contingent). We look out our windows and see tundra – or mesa, or ocean, or mountains, or farmland, or forest, or cityscape, or suburbia, or swampland. We?re in different time zones and seasons because we span literally every end of the earth. Not surprising given all these facts, we claim varying creeds (including no-creed) and many different ethnic identifications.

There has actually been research to this effect. (Yup. Apparently, we?re finally common – or maybe just fascinating – enough to warrant study.) There have been a couple collections of crowdsourcing – first with 1100 people and then with almost 2900.

And then there was this more highbrow survey, which winnowed down a relevant sample size of roughly 4000. In the Journal of Evolution and Health, two researchers detailed the results of what they called ?the first academic survey of the ancestral health community.? (It even has some fun stuff about the most common stereotypes of Primal/paleo adherents.)

Primal, of course, is its own subgroup and maybe even subculture within the larger ancestral community (and apparently biggest among the paleo set according to the crowdsourcing data at least). That means not all the stats they ran quite match up with what we see, but most of the larger patterns are similar. While certain pockets exist where more people identify themselves as Primal, we genuinely are all over the map as they say – from the U.S. to Australia, Ireland to India, South Africa to New Zealand. Just how many people use MDA resources in a year? Suffice it to say it’s millions upon millions.

But here?s the thing. I can look at survey or crowdsourcing results broken down into global maps, ethnic categories, and age ranges, but the information that will always interest me the most is why – why people are drawn to the Primal community or even just the Primal ideas.

It?s not an exhaustive list, but certainly these answers (particularly considering the blanket choices such as ?overall health?) encompass the majority of basic motivations for why people try a Primal Blueprint diet or choose a Primal lifestyle.

And yet even beyond the demographic breakdowns, even these motivational lists can?t begin to tell the full story – not as I see it.

Because the larger ?story? is ultimately about individual stories. I started living and coaching Primal so long ago, I was doing it in person with clients for years. I read what little there was available and connected with the few people who were beginning to write about it. I learned the science, but most of all I witnessed the transformations.

I knew when I started this site eight years ago that I wanted those stories to be a chief focus. I wanted community to be second only to strong content. I had these priorities because I felt the simple, unmatchable power of hearing – or reading – another person?s story.

It?s more than just before and after photos, bigger than mere numbers. It?s the nuances of where people came from and what got them from A to B. What cultural or familial diet did this person grow up with? What did this person learn about exercise or active play in his/her childhood? What body images messages were prominent? What were the stressors at work in his/her life? What were that person?s biggest disappointments, most frustrating detours or most sabotaging misunderstandings or self-talk? Regardless of the person?s age, how many years had he/she dreamed of living well again?

What sources of optimism or impetus kept him or her believing in more? What diagnosis, tragedy or example made it personal for him/her? What stubborn goal survived? What message or example was he/she determined to offer the kids? If he/she could be any kind of athlete, what kind would that person be? How did that person desperately want to him/herself? What was the first action that person took that changed his/her course? What was the second? What did he/she do that a month ago seemed impossible? What image or affirmation got him/her up at 5:00 a.m. each day?

And as that person was making it happen – living in his/her vitality again, what did the specifics look like with his/her personal imprint? How did he/she blend a favorite regional cuisine with Primal principles? What activities brought joy as well as fitness to his/her life? What achievements or benefits came as a surprise? What did he/she want to tell that younger self – and everyone who was still contemplating making the Primal change?

What were the turning points, the stumbling blocks, the linchpins, the embarrassments, the conquests, the mentors, the resilience-builders?

We see different goals (and sometimes feel different frustrations) when we look in the mirror. We shoot for different carb intakes. We have individual food intolerances, are trying to get off varying medications, are overcoming deeply ingrained past thought and behavior patterns.

And, yet, we also find ourselves basking in different elements of the Primal Blueprint, feel motivated by certain messages, push into new individual territories of the PB, are excited by the prospect of varying practices related to our personal enrichment as well as physical health. Months and years of experience formulate for each of us our individual senses of what constitutes health integrity, self-actualization, lifelong vitality and the good life as we see it.

When you think of it this way, the diversity of the Primal community is as staggering as it is educating. Every story, every response, every experience gives me some new ways of seeing the Blueprint – and the community that contributes to its expansion and evolution.

Thank you all for being a part of it – and for reading today. Offer up your reactions and anecdotes. What surprises or inspires you about the diversity of the Primal community? Have a great end to the week.