The Power of Your Food Dollars 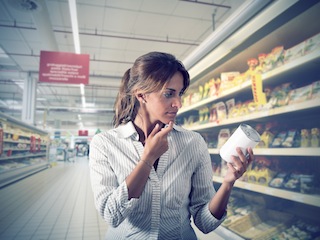 First off, let?s make no mistake. Americans are still binging on junk food. No one is declaring the end of fast food. Financial trends show as much, as does a casual look around. That said, there?s plenty to suggest that we find ourselves at an interesting junction these days when it comes to the food economy.

We?re seeing big packaged food giants, who lost four billion dollars of the market share last year, initiate ?healthy? or sustainable changes they hope will drive consumers back to their product lines. Several fast food chains are doing the same. It?s all part of a ?Big Food versus Granola Startup? movement, as described by a recent Fortune Magazine analysis of the food industry, a review that highlights the increasing role of health goals and smaller sourcing as well as questions the ability of large food companies to maintain their market share, particularly without heeding the alternative writing on the wall.

Following decades of momentum toward increasing convenience, artificial additives, and industrial farming, pushback movements are gaining ground and building awareness around food quality and farming practices in the public consciousness. The result? We?re witnessing an expansion of markets (and their suppliers) for organically raised produce and naturally raised (e.g. pastured, grass-fed) livestock and for less heavily processed alternatives for other kinds of food products and restaurant offerings. (Hooray!)

The last few months have seen a slew of corporate announcements. Chipotle is going GMO-free (not in terms of animal feed, however). Tyson will no longer use poultry that?s been raised with human antibiotics. McDonalds has committed to the same phase-out, which fits given Tyson is a supplier for the fast-food chain. The fast-food giant also agreed to stop using milk from cows treated with the rbST hormone. Panera Bread won?t be using artificial ingredients in their menu. Likewise, Pizza Hut and Taco Bell are reportedly going ?all natural,? removing artificial ingredients from their line-ups. Dunkin? Donuts has agreed to discontinue use of titanium dioxide in its powdered donuts. (Sorry to anyone who?s eaten one – ever.)

On down the list?Nestle is discontinuing the use of artificial flavors and coloring, a move that impacts the processing of 250 products. Hershey, for its part, followed up with a pledge to cut many artificial ingredients in its formulations. Pepsi is dumping aspartame (and replacing it with sucralose). Coca-Cola has eliminated brominated vegetable oil, which, by the way, is used as a flame retardant. After being besieged by a major campaign that spanned social media, Kraft Macaroni and Cheese will no longer include artificial coloring in its U.S. products, and will use the natural coloring agents it uses for European versions.

Sure, it?s stating the obvious when I say that most people who read this blog aren?t exactly these companies? biggest fans and loyal customers. I can?t remember the last time I had soda. Hershey? I do enjoy some quality high cocoa content dark chocolate now, but I?ve found much, much better, thank you. Fast food – not on the radar screen anymore.

Still, the general trend here intrigues me. Big Food is scrambling to shift their product ingredients in a healthier direction – not to mention buy out genuinely natural and organic brands to diversify their lines and maximize their profits.

As Fortune magazine?s insider discussions with food execs demonstrated, companies are concerned about the growing trends toward ?shopping the perimeter? and preferring labels with fewer ingredients. Some 64% of people surveyed through a Fortune Magazine-Survey Monkey partnership were very concerned about pesticides. Fifty-six percent were concerned about hormones, and 52% were concerned about the use of antibiotics in livestock. A whopping 85% believed GMO products should be labelled. This doesn?t bode well for many in the industry.

Consumers, it seems, aren?t only more health conscious but more experimental in their health related choices. The top label claims to draw consumers to new products between 2011-2015 were gluten-free and organic. All but obsolete are ?diet? and ?low fat? labels. Even the concept of diet has changed in the population as a whole, with over 36% of survey respondents saying they?ve tried a low carb diet (and another 6.5% citing their experience with the paleo diet). As the head of Nestle?s U.S. business observed, the interest of consumers to experiment with ?new of trends ?is at its highest level, probably, ever.??

Big Food switching out some ingredients – no, it’s not like the world is going Primal. We’re a long way from healthy, but there’s some reason to appreciate the news. I like a game that?s up for grabs, and the more players the better in my mind. Sure, the biggest dollars are still going toward the biggest companies, but I agree there?s a different energy these days. The old rules (like the old labels) are falling by the wayside. Trends are shifting faster than large corporations can neatly manage. The public, as bad as many of their choices are, in some ways knows more or at least wonders about what they think they know. The older CW messages are slowly falling away, and many consumers are looking for new rules and are open to new shopping sources.

Once upon a time, Whole Foods was a specialty store that few had heard about, let alone shopped in. These days, they?re struggling against the competition from big companies? organic lines as well as increasing co-op, farmer?s market, direct-to-consumer options – not to mention the online healthy warehouse newcomer Thrive Market. The landscape is changing, and consumer interests are driving those changes at a faster pace and in novel directions.

You may have nothing to do with certain companies or whole sectors of the food industry as a result of your Primal choices or personal values. Many people in the Primal community I know shop solely from small local suppliers (or grow/raise/hunt their own), which means they?ve cut themselves entirely (or almost entirely) out from the reach of large food corporations. No matter what companies or growers we support, the fact is, where we put our dollars has an impact. When a large number of us steer our money away from certain businesses or kinds of products and begin to support others, it has an even greater effect.

We?re not only making a choice for ourselves and our families, but we?re helping to shift the trajectory of the food industry as a whole. Each of us matters in this equation, but imagine the subtle but very tangible and gradually transformative power of the full Primal community – and the greater movement of ancestral health/eating. We?re helping decide which businesses stay open, which will grow and which will be forced to change. What starts as a commitment to ourselves becomes an influence on greater economic and societal forces. Our dollars help determine the future of food in this country.

What message or action do you hope your purchases support? How have you (by word or example) influenced others? food choices or shopping routines? Share your thoughts, and have a great week, everyone.