The Power of Words: How We Talk About Food 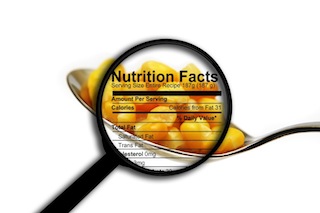 Last month, linguist Dan Jurafsky came out with a book called The Language of Food: A Linguist Reads the Menu. In it, he explores everything from language choices that distinguish cheap restaurant menus from more expensive ones to the kinds of vowels marketers use in naming food products (e.g. short vowels for crispy Ritz or Cheez-Its, or longer vowels for rich Jamoca or Almond Fudge). In another linguistically focused mindbender (published last year), David Chen, a behavioral economist, found that people who spoke a language like English that was “futured” (a language that includes a distinct future tense through the use of helping verbs, for example, such as “I will —”) as a whole saved less money and practiced fewer lifestyle behaviors that supported future health than societies whose languages don’t have a future tense (generally collapsing it with the present tense as German does). (PDF) It’s the kind of seemingly irrelevant detail that ultimately stuns in its demonstration of how subtle cultural and linguistic patterns really do pervade our collective thinking and communication in ways we’re wholly unaware of. As Chen himself was quoted, “Why is it that we allow subtle nudges of our language to affect our decision making?”

If details as understated as those mentioned can (apparently) hold sway over our thinking, what about the more obvious blasts of influence? Regardless of your thoughts about the above research, clearly how we talk about food affects our relationship to it.

Sure, it works on a societal level. Consider the common phrasing we’re all exposed to every day, such as the snack attack, cheat day or guilty pleasure? What about treating yourself? What about “king” size? On a branded note, what about Happy Meal or Weight Watchers? (Am I the only one who looks at this name and is bothered by the seeming identification with unrelenting vigilance?) Let alone “part of a well-balanced diet”… What phrases am I missing here?

While we may over time disown those phrases from our own vocabulary, do they ever wholly lose their influence? What lingers longer than we’d care to admit?

Simultaneously, I’m curious about how our penchant for measuring, quantifying (and thereby justifying) our food impacts our perception. Beyond the screaming labels defining “snack size” or “guilt-free” (my personal favorite), there are the charts and lists themselves – the numbers and RDA percentages parsed out in grids that should help us make the “best” decisions. While the fresh, unpackaged food generally doesn’t carry such labels, the concept, I’d argue, is part of our consciousness. On some level, it all runs together in our minds. What’s the impact of viewing food through a nutritional grid? While it’s not exactly the “nudges of language,” there’s a message.

Whether it’s the lengthy ingredient lists and nutritional charts on food packaging, never before have we had so much technical “information” about our food in the sense that our knowledge of it has become so stunningly intellectualized. We know the breakdown of calories and fat grams and vitamin percentages. What does it mean for our relationship to that food – or to food in general – when much of our understanding of it is encapsulated by technical charts (in addition to marketing label cliques)?

The irony of this intellectualization (and probably the explanation for it) is that we’ve never been so disconnected from our food.

On the opposite end of the spectrum, there’s the farm-to-table movement in all its variations: CSAs, cow-shares, community gardens, homesteading, farm-sourced restaurants, etc. On a humorous note, I think of a Portlandia episode (the only one I believe I’ve ever watched) that took a joking stab at how much intimate detail about animals’ personal lifestyles a farm-sourced restaurant should be able to offer its diners.

Perhaps, wanting to believe our food has been coddled with unmatched care is an inevitable reaction to the standard of viewing food as engineered product easily broken down into quantifiable nutritional equations and pre-packaged portions. As idiosyncratic as it is, it’s an improvement in the big picture despite the available humor.

For our ancestors, their food was their immediate environment. They saw their leaves, fruits and tuber greens growing amid the vegetation of their everyday landscape. They knew exactly how their meat sources lived because they shared the same general territory. They observed these herds intently, passed on stories of the animals’ migrations, and even painted pictures of them on cave walls. They tracked and, on unfortunate occasion, stepped in their scat each day. Or maybe collected it for burning. There wasn’t likely much sentimentality, but there was an intimate knowing.

Even then it wasn’t about “source” specifically. Seriously, how many “sources” were there? It wasn’t a matter of choice or “grade” but proximity. There was no sense of calories, macro- or micronutrients. Is our thinking in objective measurements eventually another modern distortion like the marketing claims or mental games of treating ourselves?

What other subtle linguistic or even seemingly scientific influences might be holding us back in some unrecognized way? However much we know about what to eat, how we talk about eating itself introduces new, perhaps half-conscious, layers to the question of mindset. Knowledge, it seems, may not always trump our associations.

Thanks for reading today, everyone. What are your thoughts on how we talk about food and eating? How has your language around food changed in obvious or subtle ways since going Primal? Have a good end to the week.