The Nominations Are In! Now It’s Your Vote… 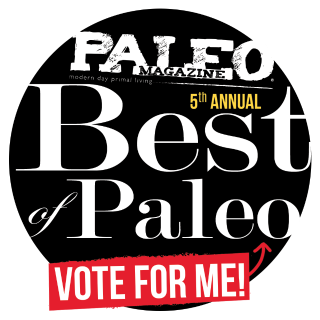 The Paleo Magazine “Best of 2016” nominations are in! Thank you to all who supported MDA, Primal Blueprint, Primal Kitchen and Primal Publishing by contributing. We’re contenders for eight categories in total—and now it’s time for you to choose the final winners!

Voting is already underway and ends February 15th. Paleo Magazine is also offering a special subscription discount to everyone who votes. Simply fill out the form, and you’ll get your promo code after you submit your choices.

As they say, vote early and often because each vote counts! Here are the categories we’re nominated for….

Every year it’s a privilege to be nominated by you, the Mark’s Daily Apple community, and I appreciate your votes for the websites, books and products that mean the most for your Primal journeys.

Thanks, everybody! And Grok on!

New and Noteworthy: What I Read This Week—Edition 198