The Modern Hijacking of Dopamine: Supernormal vs. Ancestral Stimuli 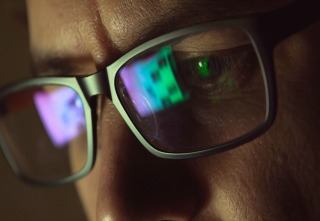 Scientists recently discovered a major difference between humans and apes. It’s not the body hair, or the prehensile feet, or the propensity to fling poop with less-than-perfect accuracy. It’s actually the TH gene, one that directs the production of the neurotransmitter dopamine. Humans express the TH gene in the striatum, a part of the brain involved in movement, and in the neocortex, which conducts higher-order thinking. Chimps and other apes do not.

Most people think of dopamine as the pleasure neurotransmitter. Dopamine is a major regulator of the reward pathway, which involves pleasure, but it doesn’t directly influence the sensory or mental experience of pleasure. Dopamine is a wanting chemical. It compels us to seek, to do, to move. Ultimately, dopamine triggers reward pathways as a way to motivate the organism to do the things that improve fitness, survival, and genetic proliferation. That it’s most active in the parts of the human brain that control movement and higher order thinking illustrates this fact nicely.

When you “win,” you get a hit of dopamine. The hit of dopamine is intended to perpetuate the action that got you the victory. It’s supposed to keep you pushing forward to greater wins and greater rewards. Dopamine itself is not the reward. Dopamine is the nudge that pushes you through the pain, misery, and hardship required to achieve something great and monumental. Consider getting stronger in the gym, faster on the track, more skilled on the field; dopamine raises the fatigue threshold during exercise. Not just starting your business, but having it succeed. Getting the promotion. All these accomplishments require hard work and pain. Dopamine helps you grin and bear it.

Without a healthy dopamine response, we won’t accomplish or even do much. In Parkinson’s disease, the neurons in the striatum responsible for dopamine production are degraded. This retards movement and motor control. In depression, dopamine function is often dysfunctional, leading to a distinct lack of motivation (to exercise, socialize, get out of bed). These are extreme examples. What about the rest of us?

Consider what dopamine is designed to do: achieve and progress through hard work and persistence. That humans express it in those specific regions of the brain and less intelligent apes do not suggests it may have made the difference between hanging around in the jungle nibbling leaves and digging for grubs and making complex tools and building advanced civilizations.

Now consider what kind of dopamine triggers we experience nowadays.

There are big problems with dopamine triggers common to modern life.

What does this do to us?

Constant small hits are probably worse than infrequent large hits of dopamine. That’s why smoking is more addictive than cocaine. Nicotine and cocaine both give similar dopamine hits to the reward center of the brain, but you can smoke more often and maintain the elevated levels longer with tobacco than you can with cocaine.

Another consequence is that we get locked into the dopamine cycle. After all, there’s no limit. We can post a baby picture and be reasonably confident that within the hour we’ll have twenty new notifications. We can bounce texts back and forth between friends, every response a small win. And here’s the sneakiest part: We don’t know when those notifications or responses will come, so we get the extra dopamine boost of anticipating the unknown.

Kill it in the gym. Sprint up hills. Lift heavy things. Carry something bulky, heavy, and awkward with you on a hike or walk around the block.

Inject novelty into your life. Explore the world. Walk through a completely new part of town. Hike out to that secret beach no one knows about but you. We process new experiences via the dopamine pathway.

Read a book, a long-form article, or even a good blog post over a five minute scan of your Twitter feed.

Avoid the self-improvement trap. It feels good to read a book (or chapter of a book) on self-improvement. You get jazzed up about all the changes you could make to your life, and for that moment, day, or week, you’re riding high on the wave of dopaminergic optimism. But then nothing happens. You don’t follow through. You don’t embody the changes you’ve been reading about.

Limit your access to easy dopamine triggers that require no work from you. It’s too much, too quickly, with too little effort.

Don’t drink a six pack every night while arguing with idiots on Twitter. Enjoy a glass or two of wine with a close friend after a long, delicious dinner full of rich conversation.

Don’t spend hours in Pinterest fantasy land, mentally inhabiting the cool DIY environments other users have actually created. Instead, get off the couch and make something yourself. Build a garden bed. Paint your room. Learn a new song on an instrument you play.

Use social media to segue into real dopamine triggers. If you use Facebook, follow-up by making plans to meet in meatspace. Your friend from college has “liked” every picture you ever posted of your new baby. Set-up a dinner party at your house so she can meet him face-to-face.

Okay, Sisson, this sounds good in theory, but won’t life be less enjoyable without the constant drip of dopamine?

No. It’ll be better. Way better.

You’ll derive greater enjoyment when you do trigger dopamine. On a biochemical level, you’ll be more sensitive to dopamine’s effects. On a psychological level, you’ll know that you’ve truly earned this dopamine and won’t have the guilt of having taken the easy way out hanging over your head.

This is a big problem. And it’s going to be extra hard to beat because our dopamine-addled brains will fight us every step of the way in our quest to restrict the addictive chemical. But trust me: It’s worth the effort. Just imagine the dopaminergic payoff you’ll bask in once you beat it.

Take stock of your dopamine triggers. Which ones are unhealthy? Which are healthy? How do you propose to reclaim more of an ancestral setting in this regard?