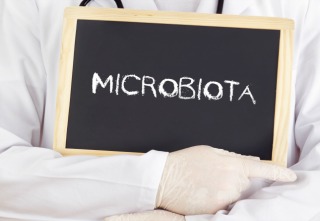 It’s no secret that it’s one of my favorite subjects—the burgeoning field of human gastrointestinal microbiology. I know…it’s easy to get caught up in the comparative excitement of it all.

The microbiota is familiar territory to most Primal types, but with time and research, we come to understand the nuances of the terrain a little better. New terms pop up. Novel discoveries grab our attention. Promising connections become apparent. It feels like a good day to go over a bit of the latest—to provide a little refresher for those who’ve joined us recently and most of all to offer some additional perspective on what we’re learning as studies branch into new depths.

So without further ado, welcome to Biome 101.

Okay, most of you don’t need a refresher on this one. But for many, “probiotics” is simply a buzz word for something they vaguely remember is healthy…for some hazy, complicated reason. For those lost souls, here’s the quick and dirty.

The average human gut contains between 1000 and 1150 different species of bacteria and yeast, with the total population count numbering in the trillions—that for the most part, are either harmless or contributing valuable functions to your body and mind.

Competition for prime gut real estate encourages a healthy anti-pathogenic intestinal tract and sound immune function throughout. Essentially, it’s like a an old-growth forest ecosystem, whereby the natural competition of both indigenous plant and animal species works together to maintain a state of healthy equilibrium for the forest biome as a whole, preventing colonization by exotic (aka pathogenic) species. Some of the functions that play out include:

Modern science has thus far managed to create artificial cultures of around 40% of these beneficial gut bacterial strains. These cultures are, essentially, what we know to be probiotics—collections of known beneficial microorganisms that promote the re-colonization and maintenance of healthy gut populations.

And despite their comparatively recent rise to stardom, humans have been making probiotics for millennia. Yogurt, sauerkraut, kefir, kimchi, kvass, raw vinegar—basically any fermented food has the potential to be classed as a probiotic. That being said, not every product with “live cultures” is necessarily a probiotic. To be classed as such, that product needs to promote measurable health improvements in either the gut, oral cavity, vagina, or skin.

Nowadays, it’s all about the probiotic supplements that can guarantee the most CFUs (colony forming units). Call me old school, but I’m more of a quality over quantity kind of guy.

This is where we start getting into less familiar territory for some folks, but it’s actually quite simple. Prebiotics are special plant fibers that nourish the good bacteria already living in your gut—essentially, a hearty meal for your beneficial bacteria. Prebiotics are indigestible fibers that can pass through the gastrointestinal tract and arrive in your gut relatively unscathed, where they’re feasted upon (aka fermented) by trillions of hungry mouths.

Big-name prebiotic sources include green bananas, jicama, raw leeks (I’ll take mine cooked, thanks), dandelion greens, raw garlic, onion, and raw asparagus. Prebiotics are often integrated into probiotic supplements to not only provide a vital food source for the new colonials, but to encourage continued growth of the existing gut flora.

Which brings me very smoothly onto synbiotics. Essentially, this is a technical sounding label to describe products or treatments that combine both probiotics and prebiotics to create a super potion for your nether regions. In the words of the white coats, “because the word alludes to synergism, this term should be reserved for products in which the prebiotic compound selectively favors the probiotic compound.” Got that? No worries. Let’s just look at what it means for your morning supplement or dinner plate.

While you’ll have no trouble locating a good synbiotic (yes, as it happens, I can recommend one that I use every day), there’s also plenty of fermented food pairings that together create a powerful synergistic effect. Classic examples are yogurt and raw honey (yes, please), kefir and chia seeds, or pickled asparagus if you’re feeling more adventurous. Raw apple cider vinegar contains plenty of pectin (a prebiotic) and of course good levels of beneficial bacteria, making it a synbiotic option for those who choose it.

The fourth and final term may be the least familiar concept in the microbiology realm. In a nutshell, post-biotics are the metabolic by-products of the bacteria living in your gut and other microbiomes of your body. Researchers found that these by-products can be utilized to lower blood glucose and therefore show promise as a treatment for prediabetes.

It’s an interesting concept and developing subfield. Because much of the immune-supporting and inflammation-lowering benefits of gut bacteria are actually derived from their metabolic by-products, it stands to reason that providing certain at-risk people with specific post-biotics would go a long way towards helping them. These kinds of applications may make for a powerful in-clinic treatment for certain disorders and gut dysbioses, but it can never replace the long-term maintenance and 24/7 protective powers that an active, healthy gut population can provide.

Human Microbiome Research and What It Means for Primal Living

Researchers are increasingly discovering/re-discovering just how personalized our gut microbiomes really are. A 2013 study examined 252 fecal metagenomes from 207 individuals from both Europe and North America, detecting 10.3 million single nucleotide polymorphisms and 1051 structural variants. Researchers went on to conclude that “individual-specific strains are not easily replaced and that an individual might have a unique metagenomic genotype, which may be exploitable for personalized diet or drug intake.” We have ourselves an interesting finding here with promising suggestions for the future of the field: our gut populations are entirely individual, meaning that prebiotic, probiotic, and even postbiotic treatments might be personalized in order to achieve the most benefits.

Next, the literature continues to emphasize just how important the gut microbiome is in the early stages of a person’s life. I’ve come across several studies that indicate necrotizing enterocolitis, a leading cause of neonatal morbidity, may respond well to prebiotic and postbiotic treatment. Notice that, for once, probiotics aren’t the hero of the bacterial hour, as it appears that prebiotics and postbiotics may be a safer and more effective method of treatment than probiotics in this circumstance.

When it comes to the normal course of things, however, probiotics still take center stage. Research shows that formula-fed infants have smaller, less productive thymus glands, while breast-fed babies are more likely to have healthy, normal-sized thymuses. The missing piece of the puzzle? Largely, the beneficial Bifidobacteria in mom’s breast milk. These probiotics also play a leading role in development of the child’s gut microbiome, while mothers fed probiotics during breastfeeding have been shown to offer increased immunoprotective properties in their breast milk.

For those of us on the other side of the cradle, scientists have recently found a connection between post-diet weight gain and gut flora. Obese mice were placed on a mini-Weight Watchers diet and then transitioned back to a “normal” Western rodent style of eating. The formerly obese mice quickly surpassed their pre-diet weight, and the one major change that researchers observed was in their gut. Dr. Eran Elinav, head of the research team, noted that “following successful dieting and weight loss, the microbiome retains a ‘memory’ of previous obesity.”

The team began looking into resolutions, and came up with two options: first, to implant formerly obese mice with gut microbes from mice that had never been obese, and second, to supplement with post-biotics. Fecal transplantation is its own conversation, so we won’t go down that road, but the second treatment is an intriguing one. Scientists found that the formerly obese microbiome was degrading the flavonoids in their food at a far greater rate than the non-obese microbiota, which in turn was lowering energy expenditure and inhibiting fat metabolism. By adding flavonoids (a “post-biotic therapy”) to their water, the formerly obese mice didn’t gain any extra weight after returning to a regular diet.

For those with , inflammatory bowel disease (IBD) for years, post-biotics appear to offer a new course of promising treatment that might even be a better option than probiotics alone for some. One study published a few years back indicated that certain commonly-administered strains of probiotics can actually have an inflammatory effect on those suffering from IBD. Researchers concluded that “a potent post biotic can… downregulate ongoing inflammatory processes in IBD tissue.”

On the subject of bowels…combined with a good prebiotic, we might just be onto a winning formula for those suffering from gastrointestinal issues. Another study found that prebiotics (in the form of galacto-oligosaccharides) improved both stool frequency and consistency in patients with functional constipation. When combined with a probiotic, however, the resultant synbiotic had an even bigger beneficial effect: significantly improved stool frequency, consistency and reduced transit time. There really is no “I” in team.

A similar synergistic effect has been shown to help with plenty of other aspects of our health, including immune function and oxidative stress.

A Primal Approach to Gut Health

Beyond all the personal details and medical interventions, there’s an underlying message for any avid Primal enthusiast: don’t ignore your gut microbiome. Considering how many different conditions have been linked to gut dysbiosis, there’s little hope for attaining long-term, comprehensive health without a healthy gut.

For those dealing with chronic conditions and wondering about what else they might try, you can consider forking out for fecal genomic testing, work out what bacterial strains work best for you, and seek out optimal synbiotics that work best for your individual gut conditions with the help of a specialist.

For all of us, we can recognize that a well-rounded diet that provides plenty of probiotics and prebiotics will form the fundamental building blocks for optimum and resilient gut health.

Thanks for reading everyone. Have questions, comments, experiences to share? I’m all ears. Take care.