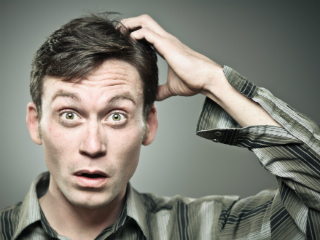 A paradox is an observation that contradicts a previously-held assumption about reality. But assuming the observation is true, a paradox isn’t really a paradox. It’s not the new observation that’s wrong or faulty or misinterpreted; it’s the assumption that contradicts reality and needs reworking. The history of science is littered with paradoxes that dissolved when previously held assumptions were modified under the weight of new observations. The health, fitness, and nutrition spheres are rife with presumptions, conventional wisdom that pretty much everyone—from authorities and experts on down to laypeople—holds to be true. But we’re finding that these presumptions are increasingly challenged by the steady onslaught of new observations. Some of the most notable presumptions include but aren’t limited to:

The sun will kill you.

Full-fat dairy will make you fat.

For what seems like a small eternity in today’s terms (the last 8-10 years), we were the only ones who saw through them. If you’ve been reading this blog and others in the ancestral health sphere for a long time, you know what it’s like to be part of a small tribe snickering at the foolish outsiders and their silly beliefs. These conventional canards of wisdom are familiar to you.

But that’s changing. Bread and margarine sales are down. Butter sales are up. Low-carb and gluten-free options exist on nearly every menu. The farmer’s market is more crowded every weekend and half the time the meat guy’s all sold out of liver and marrow bones before I get there. McDonald’s serves kale salad. Chipotle went GMO-free. The general population is figuring things out, and industry is responding.

The media is responding to these changes, too, but on a delayed schedule. The findings that reject these tenets of conventional wisdom are usually presented in the media, and sometimes even in medical journals, as “paradoxes.”

Let’s look at a few of them.

The most famous of health “paradoxes,” the French paradox describes the fact that despite logging the highest intake of saturated fat the French have some of the lowest rates of heart disease. And boy do people try to explain it away.

Maybe it’s the resveratrol in all the red wine they drink! Oh, there’s actually very little resveratrol in wine (and the highest concentrations occur in Argentine malbec, not French burgundy)? Well, maybe it’s the alcohol itself improving blood flow and endothelial function. Or what about the grape polyphenols found in wine…those are good for you, right?

Israel has one of the most lopsided polyunsaturated/saturated fat intake ratios of any country. They love their cholesterol-lowering PUFA-rich seed oils, so much that they carry more of it in their body fat than any other population. Conventional wisdom says they should therefore be almost immune to heart disease. Are they?

No. Israel has elevated rates of heart disease, diabetes, cancer, and other modern maladies despite their diet being low in total fat, low in saturated fat, and high in omega-6 PUFA. They call this the “Israeli paradox.”

The sun kills. It gives you cancer, except for the inconvenient fact that people who get the most sun are the healthiest and live the longest.

I’m not saying you can’t get skin cancer from sun exposure. You can. But what the bulk of the research says is that this risk might be a worthwhile tradeoff for all the other health benefits you get from exposing your skin to the sun on a regular basis. Heck, “having skin cancer” reduces your risk of heart disease and osteoporosis and may even improve your longevity. It’s a marker for improved heart health, bone density, and protection from all cause mortality. Decent trade off, I’d say!

That’s why we have the “Scot’s Paradox,” where Scottish people with low sun exposure have a higher risk of dying early. Or why most recently researchers grappled with the “paradoxical” effects of sun avoidance on heart disease, death from all-causes, and death from cancer among Swedish women. They actually concluded that the reason sun worshippers had more cancer deaths than sun avoiders was that the sun was protecting against heart disease and letting them live long enough to get cancer!

This goes alongside the Israeli paradox. Namely, omega-6 PUFAs (from nuts, seeds, and seed oils) are well-known to lower cholesterol. This, coupled with the fact that epidemiological studies sometimes show positive associations between their consumption and cardiovascular health markers, means they’re promoted as healthier fats. Guys like Walter Willet who will admit the supremacy of fats over refined carbs are quick to insist that one chooses PUFAs over saturated fats.

Yet when you actually give humans PUFA-based diets and pit them against SFA-based diets, cholesterol lowers but heart attacks do not. That’s what a re-evaluation of old, previously-missing data from a study revealed. Everything goes right on paper when you switch out SFA for PUFA, except for endpoints—heart attacks, deaths, and overall outcomes. You know, the stuff that matters.

All the experts say to choose low or non-fat dairy. Every official health recommendation, whether it’s from the AHA, the ADA, or the American Academy of Pediatrics, implores us to choose low-fat or non-fat dairy. Doing this will supposedly confer protection against heart disease, diabetes, and childhood obesity.

High-fat dairy has two big theoretical marks against it.

Too many calories (from all that fat). Since calories—and calories alone!—determine body weight, eating the high-calorie version of a food is always worse and will always cause more weight gain than the lower-calorie version.

Too much saturated fat. This’ll raise our cholesterol, clog our arteries, and predispose us to early, certain death.

Yet reality shows the opposite. People who eat high-fat dairy are thinner, less diabetic, and generally live longer than people who eat low-fat or non-fat dairy. It’s almost entirely correlative, but the consistency of the relationship indicates something causal may be occurring. This is the “high-fat dairy paradox.”

That’s just a few of the biggest. There are others, too.

Millions of people see through these, from the researchers performing the work that uncovers the “paradox” to people like you and me who read, accept, and integrate the new evidence. Why is it so hard for authorities, experts, and the media to accept evidence that counters previously-held assumptions?

These claims have the illusion of enjoying reams of supporting research. Why else would “everyone know” saturated fat clogs arteries? Why else would the ADA recommend avoiding high-fat dairy? These are the good guys, the experts, the authorities. They wouldn’t lead us astray. The “new” finding is singular and isn’t enough to disprove the years of evidence in support of the conventional wisdom we imagine exists.

“You can find support for anything.” Yeah, this is sorta true. You can usually dig up a reference that seems to support your pet belief about the world, whether it’s veganism being the healthiest way to eat or the earth being flat. And no matter how crazy the claim is, you can make it sound pretty reasonable. If that’s true—and it is—it’s understandable that a person would be leery about accepting evidence that contradicts the presiding orthodoxy.

Basic ignorance. Journalists are paid for their production. Unless you’re doing long-form, most writing these days moves very quickly. They get something out to try to stay ahead of the news cycle, to stay relevant, get their page views, and before long they’re on to the next piece. There simply isn’t enough time or brain space for most journalists to stay abreast of every bit of research pertaining to the subjects they’re covering.

Caution. My hopeful guess is that many journalists are using the word “paradox” lightly. Rather than indicate a refutation of the known laws of space-time and Newtonian physics, they’re using the word to describe those observations that contradict previously-held beliefs and force us to consider new ones. They’re still grappling with this stuff, just like everyone else, only on a more public stage. They don’t quite know what to think.

In reality, there are no paradoxes. Instead, there are observations that don’t fit our beliefs and force us to re-evaluate previously-held positions and consider new evidence. And doing that is hard. Doubly so if your entire livelihood and sense of self-worth and identity are riding on those beliefs holding fast.

The world is much stranger and more complex than we can imagine, or predict, or model. We’re still unraveling biology. I certainly don’t have any answers. All we can do is continue looking, probing, observing, and integrating. We can’t ignore contrary evidence or throw up our hands and say “agree to disagree.” That’s not how this works. We must confront it head on.