The Genetics of Obesity: Are You Destined to Be Fat? 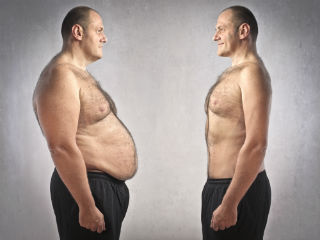 The entire premise of the Primal Blueprint is enabling you to be the architect of your health and happiness. If we can identify the environmental triggers and selective pressures under which the human genome developed, we’ll have a great roadmap for engineering our optimal lifestyle. And for the most part, it works. Not everyone will get the exact body they desire. You won’t all lose every extra pound. I can’t guarantee a six pack or a complete eradication of baby weight. But all in all, eating and living this way seems to produce good results. You can, it seems, affect your health, body composition, and fitness.

But genes still matter. And there’s a large trove of evidence showing that a person’s genetics are really good at predicting their risk of obesity.

A 1990 study took 12 pairs of adult male identical twins—with identical genes—determined their base metabolic rates and calorie needs, then overfed them by 1000 calories per day, six days a week for 12 weeks. Mean weight gain was 8.1 kg, ranging between 4.3 to 13.3 kg—all over the board, except for within the pairs of twins. When you compared one twin pair to another, weight gain was very different. When you compared twins within a pair, the weight gain was extremely similar. Not only that, but twins within a pair showed remarkable similarity in where fat was deposited (belly, hips, etc) and how much body fat was actually accrued. Overall, there was three times more variance in the various obesity measures between pairs than within them.

Subsequent papers have confirmed that obesity is highly heritable and that most of the heritability comes down to genetic factors.

How does it all work, exactly? What are these genetic variants doing that predispose us to obesity?

We don’t know most of them. Genome-wide association studies (GWAS), where vast reams of a population’s genetic data are analyzed to find patterns and associations between health conditions and genetic variants, can only point to genetic regions, not specific polymorphisms. Here are some specific ones, though:

Insulin resistance: The PTP-1B regulates insulin signaling, and polymorphisms to the gene have been shown to protect mice from otherwise obesogenic high-fat/high-sugar diets. Deletion of the gene protects mice against insulin resistance and diet-induced obesity, while mice with the full homozygous set easily gain weight. Another genetic variant increases insulin resistance by way of hypersensitivity to stress hormones. Folks with the variation tend to have more insulin resistance, higher body weights, larger waists, and a greater risk of type 2 diabetes.

Leptin signaling: Leptin affects bodyweight by regulating both satiety (increases it) and energy expenditure (increases it). If you have low leptin levels, or your leptin receptors aren’t responding to the hormone, you’ll likely eat more and burn less. Homozygous mutations to the leptin receptor gene which truncate its structure and inhibit its ability to interact with leptin increase the risk of obesity in humans. People with a genetic inability to produce leptin grow massively obese; supplementary leptin makes them lean.

Basal metabolic rate: BMR determines your baseline energy requirements—the number of calories you’ll burn just sitting around maintaining normal physiological function. Higher BMRs protect against obesity, while lower BMRs predispose you to it. That jerk who can sit around eating entire pizzas all day and stay lean? He’s probably got a high basal metabolic rate, which he got from his parents. Studies show that some portion of the obese population have a genetic variant that reduces their metabolic rate.

Hypothalamus signaling: The hypothalamus is the seat of obesity in the brain. It controls energy balance. It’s where the rewarding properties of food are determined. It’s where satiety and hunger originate. It’s riddled with leptin receptors that ultimately decide how much food we eat. And certain polymorphisms of the genes that regulate production of the compounds the hypothalamus uses to communicate and enact these decisions predispose us to obesity. Major polymorphisms to these genes are rare but almost always lead to severe obesity, while more minor variants may nudge us toward higher body weights.

Circadian rhythm: Polymorphisms in circadian rhythm genes can predict how a person’s energy expenditure will change in response to diets. If you’ve got the variant that causes a huge drop in energy expenditure when you diet, you’ll be less successful, more likely to eat extra food to compensate for the lost energy, and more susceptible to the negative side effects of calorie restriction (fatigue, malaise).

The tendency of most diets to fail also supports the primacy of genetics.

For most people, dieting just doesn’t work. They’ll lose weight, but gain it all back within a year. They’ll lose weight, and only keep it off if they subject themselves to ever-lower calorie counts that produce other unwanted health effects. They’ll keep it off as long as they have a team of clinicians hovering over them. In the real world, dieting to lose weight usually fails. If genes determine obesity, we’d expect this to happen.

Twin and adoption studies (where researchers see whether adopted children inherit their biological parents’ or adopted parents’ bodyweight) agree that obesity and being overweight are highly genetic. Overall, about 40-70% of obesity is hereditary. That sounds like a lot. That sounds like genes are your destiny.

But not everyone fails at their diets, do they?

We have hundreds of Success Stories right here on the blog that defy that claim. Many, maybe most of them are dealing with genetic propensities toward obesity, yet they figured out how to beat the odds.

Insulin resistant because of your genetics? Maybe a low-carb diet will work best for you. You can also lift heavy things, sprint sometimes, walk a ton, and do other things that improve insulin sensitivity.

Circadian rhythm gene polymorphism making you more sensitive to obesity-inducing effects of sleep deprivation? Get your sleep hygiene under control.

Basal metabolic rate lower than you’d like? It’ll be hard, but you’ll have to figure out a diet that inadvertently reduces caloric consumption.

These aren’t silver bullets. Swimming upstream against your own genetics is hard, and many, maybe most, people fail. But you don’t have to.

And another wrinkle in all this is that genes affect behavior. Got enough willpower to stick to your diet? It’s probably genetic. Open minded enough to consider that everything you’ve ever learned about health and nutrition is wrong and perhaps this Mark Sisson guy is onto something? You got it from your parents.

So yes: genes play a huge role in obesity.

Only genes can’t wholly explain the huge rise in obesity rates because genes don’t change that fast. People aren’t suffering from in vivo mutations to their “obesity genes” en masse.

The real problem is that almost everyone in the western world exists in a shared food environment which is obesogenic. If you live in America, you’re awash in drive-thrus, Big Gulps, and inexpensive, delicious processed food that’s been engineered to interact with the pleasure centers in your brain. Most modern countries are in similar boats, and obesity rates are climbing across other nations as they adopt our food-ways and work habits. The genes aren’t changing (at least, not quick enough to account for the stats).

The environment is changing. But because the environment has changed for everyone, and most people never really question its obesogenic nature—they eat the pizza, they buy the processed food, they sit for eight hours a day at work and watch TV for four, they slog away on the treadmill—researchers looking for the genetic origins of obesity miss or discount the effect of environment. Almost everyone whose genetic data they’re examining is exposed to the same obesogenic food environment, and its ubiquity masks its effects. The result is researchers pointing the biggest finger at genes. They’re not even “wrong.” The genes still play the major role.

Their mistake is assuming the environmental conditions cannot be changed. But they can.

Few researchers and genetic determinists consider the outliers, the ones who extricate themselves from the yoke of the yolkless omelets. The ones who read nutrition blogs and buy ancestral health books, and only use mayo made with avocado oil. They exist in the modern environment but resist its pull. They may have the genes for obesity but manage to remain—or get—lean. These are our people.

You can view everything through the prism of genetics and heredity, but why?

I’m not even saying they’re wrong. Genes really do determine many things, including metabolism, behavior, and body weight. I just don’t see the point of thinking like that. Even if agency is an illusion, and I didn’t actually decide to pattern my eating and exercising habits around an evolutionary, ancestral blueprint but instead was ordained by my genes to do it, it’s a helpful one that I think we need to believe in.

Maybe belief in free will is genetically determined. I don’t know.

But I know that some people have figured out how to lose weight and keep it off in the modern obesogenic food environment. Have you?

Thanks for reading, everyone. Take care and be sure to leave your thoughts down below. I’m really curious to hear what you all have to say.