The Best of 2017: Research Insights and Other Breakthroughs 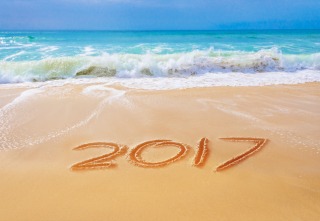 Each year is fuller than the last. More and more scientific papers are published each year, and that trend is only quickening. The same trend goes for books, products, businesses. Humans are incredible producers. It’s what we do—create and consume.

But let’s give it a shot. What are some takeaways as we finish out 2017?

4. What the Health, this year’s token vegan screed, came out to rapturous applause. In one of my favorite pieces of the year, Robb Wolf took it apart piece by piece and, in doing so, definitively commented on anti-meat hysteria and bad science in general.

5. We learned that the sugar industry has been stifling anti-sugar research results for decades, surprising no one while enraging almost everyone (with an honest bone in their body).

6. We learned more and more about ancient human evolution and migration. It turns out that our history is even crazier and more impressive than we thought.

7. Human gene editing drew ever nearer to the mainstream.

8. Awareness of digital media’s effect on our health and happiness grew.

9. There was serious debate over whether we’re educating and parenting our kids the right way.

10. Even as health and food-related tech has largely come up short, there were some promising developments.

11. I had a few momentous occasions happen that really made the year for me:

I’ve been doing this thing for over 10 years now, and it still feels fresh, still feels new and exciting. Because despite all the studies, developments, news reports, and personal experimentation, we still don’t know much of anything. A whopping 99% of the gut biome is a complete mystery, for example. There’s a lot more for us to learn. I look forward to sharing  and discussing it with all of you.

What were your big takeaways for 2017?

Thanks for reading, everyone. Take care and be well.

28 thoughts on “The Best of 2017: Research Insights and Other Breakthroughs”