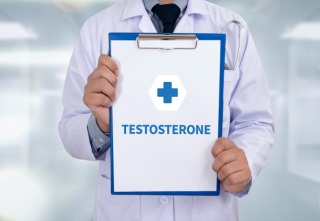 For today’s edition of Dear Mark, I’m answering two questions from readers. The first one concerns the reduction in testosterone men experience with marriage. Is it a feature? A flaw? Is it inevitable? After that, I get into a pair of new studies that question the safety of gluten-free diets in the absence of celiac disease. Is your gluten-free diet going to kill you?

What are your thoughts on the “marriage tanks testosterone” study you linked to today? Is it something we just have to accept?

I question the premise of the ScienceNordic piece: that even though married men see declines in testosterone, it’s totally normal, unlikely to have negative consequences, and likely to improve their ability to be good husbands.

When you look at other demographics, for example, the relationship between marriage and testosterone levels changes. A 2003 study looked at testosterone levels among monogamously married, polygynously married, and unmarried Kenyan Swahili men. Drawing on past research in other populations, the authors predicted that unmarried men would have the highest testosterone, since they were still in “the game” and needed higher T levels to successfully compete for mates. They guessed the men with two wives would have the lowest T of all, since they had the most kids and fatherhood usually lowers T. They were completely wrong.

The guys with two wives had the highest T levels, while the men with one wife had the same T as the unmarried men.

But doesn’t testosterone promote aggression? Above all else, men with a healthy testosterone level enjoy increased self-confidence and drive. This can manifest as “aggression” in the sense that they stand up for themselves and pursue their goals. In other words, it’s workable and even productive. When most people hear “aggression,” they’re imagining “roid rage” and domestic violence and fist fights because someone bumped into you. That’s thankfully not how it works in most people.

In fact, low testosterone, especially coupled with high cortisol, makes men more irritable. Irritability, in its rampant commonality and relative acceptability, is arguably a more corrosive social ill than aggression. We catch onto aggression pretty quickly, and those who are truly overtaken by it usually don’t last long in any partnership.

Irritability, however, is why people flip each other off on the highway, lose their temper in line at the grocery store, or engage in passive aggressive behavior. Irritability can destroy civility, and it’s a slow burn destruction of any marriage. You can’t snap over every little thing and hope to survive as a couple. This isn’t a sitcom where married people snipe each other with witty, cruel comments to canned laughter. Are we justifying irritability because it doesn’t escalate to the level of aggression? What are we tolerating in our personal behavior and in our physical well-being? It’s worth considering—as well as connecting. Balance at home is served by balanced health, hormonal and otherwise.

There was the Harvard study released last week that plotted gluten intake against cardiovascular disease, finding no relationship between the two. When they controlled for refined grain consumption, thus turning gluten into a proxy for whole grains, the relationship became slightly protective at the highest levels of gluten consumption. And I do mean slightly.

I can actually buy this. A 2010 study found that gluten-free diets as commonly practiced rob the gut of fermentable fiber and cause imbalanced gut biomes. Most people get their fermentable fiber through whole grains. They don’t get much, but that’s where they get it.

Don’t just eat junk food, yet gluten-free versions of your favorite foods. At least stoneground whole wheat bread incorporates the entire wheat berry. It’s not hard to beat the nutrient content found in the baked and sliced concoction of potato starch, rice flour, and xanthan gum you just paid $6 for.

Then there was another recent study showing that people with non-celiac gluten sensitivity harbor other evil thoughts about health, like the FDA being untrustworthy. While I know everyone reading this has nothing but the utmost love, respect, and admiration for the Food and Drug Administration, there apparently exist some Udi’s-munching FDA skeptics. How can this be?

Imagine you’ve suffered from unexplained gastric distress most of your remembered life. You’ve eaten all the “heart-healthy” whole grains the experts recommend. You’ve avoided the artery-clogging saturated fat. Still, the pain persists. You finally try giving up grains after stumbling across some nonsensical fad diet website—and you feel better for the first time in many, many years. On those rare occasions when you do eat wheat—your kid’s birthday party, the company potluck—the symptoms return. You’re not celiac, so you figure you’re gluten-sensitive.

You’ll start to wonder about all the other bits of conventional wisdom the experts foist on us. Maybe fat isn’t making us fat. Maybe butter isn’t lethal. Maybe elevated cholesterol isn’t the whole story. Maybe organic food actually is higher in many micronutrients and far lower in pesticide residue. And, yeah, you’ll get some misses. Vaccines can absolutely save lives. Genetically modified food as a concept probably isn’t a priori bad for you (although the pesticides involved almost certainly are). Skepticism is entirely rational.

That’s it for today, folks. I hope I helped you realize that gluten-free diets aren’t killing you, you’re not a monster for questioning the conventional wisdom, and we shouldn’t always expect lower testosterone just because we got hitched.