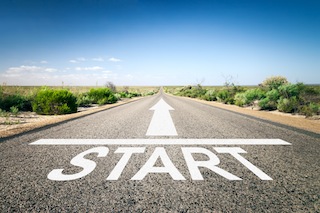 First off: This isn’t the start of a new longer-term Primal Challenge. 1000 days would be fun, but I’m pretty sure we’d run out of ideas — and sponsors. Apologies to everyone out there chomping at the bit for a few years straight of new contests and prizes. You’d get sick of it yourself; trust me. Plus, that shorter 21-day Primal challenge format works because it’s the perfect way to quickly kickstart real change, disrupt bad habits and establish new ones. Today’s challenge concerns long, lasting, sustained, momentous change that happens over a greater timescale.

And yet, in the grand scheme of things, in the lifespan of the average human being, 1000 days is a blip. It’s not that long. You get comfortable, allow your existence to grow staid, and dutifully punch the clock on whatever life you’ve fallen into and those 1000 days just slip right on by. They bleed into each other. “What, it’s Thanksgiving already?”

Furthermore, 1000 days is enough time to accomplish almost anything but not so much time that your entire life is wasted if you fail. You can bounce back and learn from your mistakes. “Well, that didn’t work. What’s next?” Some people bounce back after forty years in prison, and you’re worried about 1000 days?

All those hopes, those aspirations, those late night conversations about what-could-be? They don’t morph into anything resembling tangible reality all by themselves. If you don’t actually start the process, your dreams will remain fun thought experiments that elicit brief sensations of excitement. That’s not good enough for you, nor for anyone. Luckily, you’ve got 1000 days to get going. To get somewhere.

Okay, let’s move on to a doing experiment. Time to transcend mere thinking and imagining. Time to do.

Put a big fat X on April 9, 2018 (or set an alarm on your phone, arrange an email alert, etc). That’s 1000 days from now. What are you going to complete by that date? What will you change, learn, become? Who will you be? Where will you be? What have you always wanted to accomplish but have yet to even begin approaching?

That business idea you’ve mulled over for months now, the one that gives you the butterflies every time you allow yourself the luxury of imagining it? For that brief moment, your brain is convinced you’re actually living it. You’ve tricked yourself into treating the fantasy as reality. Then it comes crashing down. Felt good, right? Get on it. You’ve got a 1000 days.

So you’re 150 pounds overweight, nothing fits, you can’t handle the mirror, and a single flight of stairs is a conditioning workout. It’s hard, but get over it. Start today. People have been there. People have made it out in less than 1000 days. Be another.

You hate your job, or maybe you just know you’d be happier doing something else. Only problem is you need a specific type of training to shift careers. Maybe it’s a class. Maybe it’s a 2-year degree. Maybe it’s an apprenticeship or a certification. Maybe it’s simply a matter of buying a few books, perusing a few websites, and really buckling down to teach yourself. The point is that you know what needs doing, so use these 1000 days to do it.

That fitness goal. You know, that one that always seemed possible (because so many others can do it) but complex and difficult enough that you never got around to seriously trying, let alone mastering it. Is it a handstand pushup? A twice bodyweight squat? Hiking the Appalachian trail?

That home gym you saw on Pinterest last year, the one you shared on your Facebook wall? Remember how you half-assedly filled a shopping cart on HomeDepot.com with materials to actually build it, then did nothing? Perhaps it’s time to resurrect that “plan” and make it a real plan.

Forget the “ten year plan,” or the “five year plan.” Downsize those puppies down to 1000 days. (Or, if you’re really driven, you can lisen to PayPal founder Peter Thiel and condense them down to six months.)

Lots of goals will be more open-ended or less rigorously defined. “Be happier.” Or “live life.” That’s fine. You can still work toward an amorphous goal like “be happier” by doing things that make you happy.

It could be all or none of those things. We all have something, though. Shake yourself from reverie and seize the (1000) day(s). It’s plenty of time but only if you use it.

How are you going to tackle this challenge? Have you attempted a similar challenge in the past? How’d it go?