Dear Mark: Sun Aging Skin, Veggies as Carbs, and What Breaks a Fast 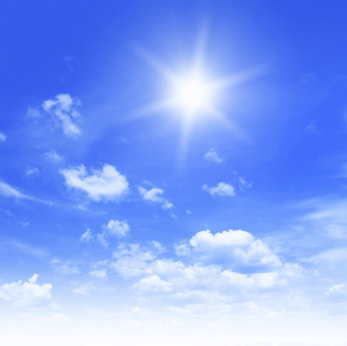 For today’s edition of Dear Mark, I’m answering three questions. First up comes from Carlos, who is worried about the effect of sun exposure on skin aging. Is the type of sun exposure I recommend good for vitamin D levels but bad for the health and appearance of skin? Second, how can someone eat all the vegetables I recommend while keeping their carb intake below acceptable levels? Aren’t veggies really high in carbohydrates? And finally, what “breaks” a fast? How much protein, fat, carbs, and overall calories can a person get away with without shifting completely out of the fasting state?

I read your book about two years ago. Since then I have been following all your advice.

One thing that struck me that you may have pointed out but I don’t recall seeing is your opinion in the matter of sun exposure and skin aging. I do take sunbaths almost everyday, but my girlfriend keeps saying that my skin will get old sooner.

What you think about this?

Thank you in advance.

Everyone’s probably seen this startling image of a lifelong truck driver with unilateral dermatoheliosis. It seems that spending 28 years driving a truck with the same half of your face exposed to window-filtered UVA radiation will prematurely and unilaterally age it.

But this isn’t the type of sun exposure most people get.

Truck drivers are notoriously sleep-deprived, averaging under 5 hours of sleep per day according to one experimental study. Not only that, but what little sleep they do get is all over the place. They’re napping, they’re sleeping in their rig, they’re sleeping at odd times of the day — whenever and wherever they can get away with it. In short, their circadian rhythms are likely disordered, and a disordered circadian rhythm impairs your skin’s ability to recover from sun exposure.

And truck drivers are not getting full-spectrum UV, as car windows do not allow UVB through, only UVA. UVA penetrates deep into the epidermis, which causes aging. UVB interacts mostly with the top layers of skin and is the wavelength response for vitamin D synthesis. Just like the right amount of sun exposure can actually protect against melanoma via vitamin D production, it’s also likely to protect against premature skin aging, as vitamin D directly protects against skin aging. The trucker wasn’t making any vitamin D, so he had nothing to counter the photo-aging effect of the UVA. If you’re getting moderate doses of midday sun (high UVB:UVA ratio), you’ll make adequate vitamin D.

Take a guy like Laird Hamilton, who famously eschews sunscreen and, as a big wave surfer, stand up paddler, and all around waterman, gets a good amount of full-spectrum sun. Take a look yourself. He’s 51. Does he look it? I run into Laird from time to time in Malibu, and I can verify that he looks great for his age.

Now, look: don’t be the overweight British expat with the tanned red leather hide who spends his days sunning, eating tapas, and guzzling cervezas in southern Spain. That’s not what I’m promoting. Be sensible, avoid burning (and prolonged exposure through glass), and you should be okay.

I eat paleo but can’t shift belly fat. I am really struggling to keep my carbs under 150. I track on fit day and basically eat the same things each day. The carbs I eat are 1 small banana, 1 tinned veg soup, 1 cup cooked veg and 1 cup salad, 1 cup almond milk and a Cliff bar. I eat my fats and proteins on top of that. I am seriously wondering if Fitday is doing the maths wrong as it seems like so little veg and fruit to me. I get HUNGRY. When I read other posts it seems like people are eating mountains of veggies. How can that be when 1 cup cooked veg is 23 grams of carbs and salad 2 grams. I am so confused!! Please advise 🙂

I hear you, Sasha. It can be confusing. I’ve tried to set the record straight on this topic, but it hasn’t gotten through to everyone. So I’ll do it again.

I find it easier (and more helpful) to think of non-starchy vegetables as “free” than to bother subtracting fiber from carbohydrates or counting them as total carbs. Leafy greens? Spinach? Kale? Asparagus? Broccoli? Bok choy? Summer squash? Zucchini? Cabbage? Eat as much as you want. The carbohydrates are negligible (you probably use more glucose digesting non-starchy vegetables than they contain) and they’re inherently self-limiting. No one is carbing up with a salad bowl full of a couple pounds of steamed kale before a race. It simply wouldn’t work and you wouldn’t be able to eat (or digest) it all in a single sitting. No one is carb-binging on spinach the way they might binge on roasted potatoes; spinach technically has carbs, but not many. No one is getting fat because they ate too much lettuce unless it’s drowning in dressing. We are not gorillas with enormous fermentation chambers sitting in our bellies. We benefit from fibrous veggies but not because they provide ample energy to us.

The carbs on the Primal Blueprint Carb Curve primarily refer to carbohydrates from starchy vegetables (winter squash, beets, etc), tubers, roots, and fruit, so only count those against your carb intake. Oh, and any sweeteners (like honey), too.

Small banana — about 20 grams of carbs

1 can of vegetable soup — 18 grams of carbs (but may be significantly less depending on the brand; if it contains carrots, potatoes, and other root vegetables, it will be on the high side)

As for the belly fat, it is often the last to go for people, especially those who’ve burned off most of their excess body fat and are sitting at or near their goal weight. You may want to try eating a few more (starchy) carbs as you approach your goal weight. That seems to help some people.

Also, be sure to sign up for the PrimalBlueprint.com newsletter so you can get access to my fat loss troubleshooting guide. It was just released, it’s free to subscribers, and it’s meant for people just like you — those who are trying to lose the last bit of stubborn fat.

A couple of weeks ago you answered another reader’s question and now I’m a little confused. In your answer (I don’t remember the question specifically) you suggested that perhaps he/she was not eating enough to break their fast.

That’s where you got me. I thought fasting = NOT eating. Therefore, breaking said fast = eating.

I would love some clarification on this. Is it a calorie thing? Fat content? Protein?

Could I have my morning coffee with cream (around 80 cal.) but nothing else and still be fasting? Could I eat veggies but not fruit? Does an egg break a fast?

This enquiring mind wants to know!

Thanks for sharing any info. you have on this.

As I see it, fasting is more of a spectrum than an on-off switch. The biggest determinant is insulin: elevations in insulin inhibit or “turn off” the activity of AMPK, the “fasting” enzyme responsible for many of the health benefits.

Fat is the least likely to de-activate AMPK, but if you eat enough (anything more than a moderate dollop of cream in your coffee) you can blunt endogenous fat burning. Beware of studies discussing “high-fat diets” and AMPK, as their idea of a high-fat diet is high in both (refined, trans) fats and sugar. Laboratory high-fat diets are simply diets designed to reliably induce obesity in rodents; they are not analogous to healthy high-fat diets.

I’d venture to guess coffee with a little cream will preserve AMPK activity (though burning off incoming fat will slow burning off fat reserves). A small meal of fibrous vegetables won’t really qualify as a proper meal and shouldn’t impair the fasting response much. An egg, which is high in quality protein, probably will “break” the fast. Same for sugary fruit, whose carbs are easily absorbed.

But ultimately, it depends on how your unique body chemistry responds to the food. The more insulin sensitive you are, the more food (protein, carbs, overall calories) you’ll be able to handle without spiking insulin and thereby breaking the fast.

The woman from the Dear Mark question was trying to break a fast with a single orange or grapefruit. These are small fruits with relatively low levels of sugar, particularly the grapefruit. It’s just not a lot of food. So if you’re trying to eat something without ruining the fast, one of those fruits may work. But heed the issues raised in that post; she wasn’t breaking the fast with enough food and really suffered for it.

That’s it for this week, folks. Be sure to write in with your advice for today’s stable of questions. How do you break a fast? How do you not while still eating? Has your sun intake aged you? Do you count the carbs in vegetables? Thanks for reading!