Dear Mark: Sugar in Blackstrap Molasses, Eating Cheat Foods All at Once or in Installments, and Healthy Pooping with a Fused Knee 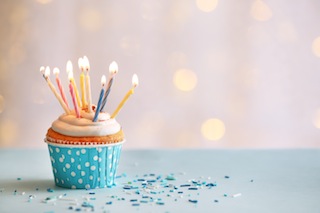 For today’s edition of Dear Mark, I’m answering three questions. The first one concerns blackstrap molasses, a type of sugar I’ve suggested people eat for its rich mineral content. Does the value of the minerals outweigh the impact of its sugar content? Next, say you’ve got a slice of birthday cake you’re committed to eating. Is it better to eat it all at once or piece it out across multiple days? And third, how can someone who’s unable to squat obtain the benefits of squatting while pooping? In the absence of actual squatting, is there anything a person can do to smooth out the process?

Some time back in an article titled “10 Primal Foods You Aren’t Eating Enough Of'” you recommended the consumption of 1 TBSP of blackstrap molasses in light of its (impressive) mineral content.

Having looked at the numbers I agree that blackstrap molasses is extremely high in minerals and as such I’m keen on consuming it. However I am concerned about the sugar content and because of that I was surprised to see you recommending it.

Could I ask if you recommended a tablespoon be consumed daily as, essentially, a supplement? That’s how that section of the article came across. Should I take some everyday? Should I be concerned about the sugar contents?

I think most of my readers can handle a tablespoon a day. Along with 12 grams of carbs (around 6 grams of sucrose, 2.5 grams of fructose, and 2.5 grams of glucose), a tablespoon of this particular brand of blackstrap molasses also has 25% of daily magnesium, 20% of daily calcium, a few hundred milligrams of potassium (blackstrap’s got so much potassium that it’s caused hyperkalemia), plus appreciable levels of iron, copper, and manganese.

Do the minerals outweigh the sugar? I strongly suspect they do, as many of the specific minerals play a role in sugar metabolism and overall metabolic health.

In Korean adults, low intakes of copper, magnesium, and manganese are associated with metabolic syndrome.

In teens, calcium intake is linked to a lower risk of insulin resistance. Same goes for adults, although men may need higher intakes for protection against metabolic syndrome.

If you’re sensitive to sugar—you’re insulin resistant, you’re diagnosed with diabetes—the sugar content could be problematic in the short term. But the added mineral intake will probably win out over time and lead to better long-term sugar tolerance and metabolic health. One way to mitigate any short-term disturbances is through intense exercise; simply time your molasses intake to coincide with your workouts. Prior to taking the molasses, deplete some glycogen. Lift some heavy stuff, run some sprints, run a mile, do something that utilizes the glycogen stored in your muscles. If you’re not training that day, eat your molasses before a walk. Then, the 11 or so grams of sugar in that tablespoon of blackstrap molasses will go to good use.

But as long as the added sugar from blackstrap molasses doesn’t put you into energy excess, you’ll be perfectly fine. And likely better off than you were before.

Let’s say I have a non-primal treat that I know I’m going to eat: a piece of regular old birthday cake, for example. I’m going to eat the whole piece regardless, but is there any benefit to saving half of it for later in the day, or maybe the next day… or is it better to just eat it all at once and “get it over with”? Are there pros & cons of spreading out eating a treat vs. eating it all at once?

It’s helpful to consider these junk food forays as training sessions. Rather than representing your everyday diet, they are acute, short-term perturbations of dietary homeostasis. Just as the marathoner who runs 20 miles a day is following an unhealthy, unsustainable habit, the person who eats cake every day is doing himself harm. And so, just like I prefer my workouts short and intense as possible, I tend toward eating the whole piece of cake in one fell swoop. It’s usually better to present singular acute stressors rather than multiple lesser stressors spread out. Think of the entire slice as a max deadlift.

Also: a big whopping slice of cake is a treat. It’s a special occasion. And then it’s over. Stretching the cake out across multiple days runs the risk of normalizing it. You may end up “grabbing something sweet” every day. Then it’s after every meal. Then you’re snatching handfuls of Skittles from your coworker’s feed trough every time you pass the desk. What’s the risk? It’s just a “few.”

No. Make your cheat days count. Eat the cake. The whole slice. Then be done with it.

If you run out of steam midway through and can’t finish it, toss whatever isn’t eaten. Leftover cake doesn’t really work. The exposed edges get stale, the frosting crusts over. It’s no good. You don’t want to “waste” your cheat on subpar dessert.

That’s why cheating with something like fat-free frozen yogurt is silly, in my book. Just eat the real ice cream.

I know you’re an advocate of squatting for the toilet, and you’ve mentioned that episode where you really messed up your knee and had to suffer having that immobilized for a number of weeks. How did you reconcile the two concepts?

I’ve had my left knee fused since high school (circa early 80s) and the equivalent of one long bone from hip to ankle means no real squat position remotely possible. Chemotherapy and other drugs gives me drastic swings in “ease of going” with the most time spent at “not very”.

Any notions on how to get the benefit of squatting without actually being able to assume that position?

Try the samurai pooping technique. It’s what I did when I couldn’t squat.

Sit on the toilet.

Cross your legs, placing one ankle on top of the opposite knee.

Rest your hands on your knees and sit tall, extending and straightening your spine upward. No hunching!

It’s not a squat, but it’s certainly better than sitting hunched over grinding one out in futility and frustration. I’ll still use it when I just don’t feel like squatting.

It may not work quite as well, since your leg with the fused knee won’t be able to form a 90 degree angle with the foot flat on the ground. But give it a try.

That’s it for today, everyone. Thanks for reading, and let me know what you think in the comment board!