Stop Obsessing Over the Numbers 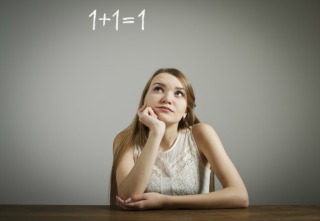 My friend, former co-competitor, business partner, and writing buddy Brad Kearns had been on a “Quantified Self” kick, tracking biomarkers, testing blood sugar and ketone levels, and staying abreast of all the various ways we can quantitatively check our progress. He’s months into a ketogenic experiment and had hoped to marry his subjective impressions to objective measurements to strengthen his intuition and improve his results.

Then, several weeks ago, it all changed. Using the same finger prick sample, he checked his fasting blood sugar using three separate devices. Same blood sample, three devices purporting to give accurate readings. You’d think the results would be similar, if not identical. They weren’t: 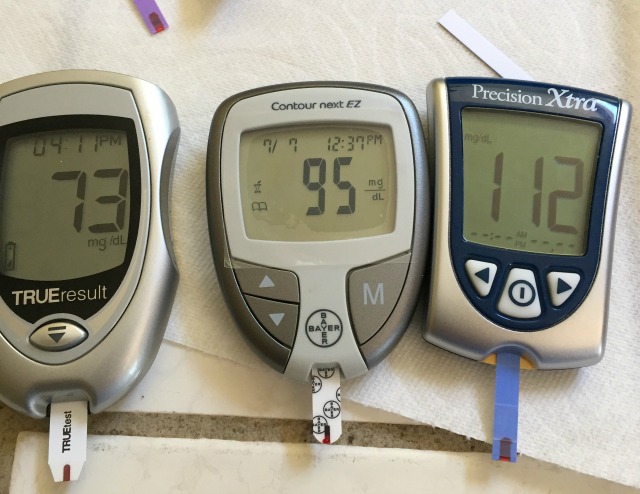 That’s not just a few points here or there. That disparity is well outside the standard deviation. The numbers can’t be trusted, because which one’s right? And if you can’t trust the numbers, what’s the point of gathering them?

Brad’s results were extraordinary, but making any conclusions from the measurement of an organism’s secretions, emissions, and fluids must be tempered with the fact that biology is chaotic. It isn’t clean, neat, and predictable. If you dig deep enough, it might be predictable, but we don’t yet have the technology capable of untangling it.

This isn’t just limited to over-the-counter glucose monitors either.

Gut Biome Testing: The different gut biome sequencing services can produce different results. One person had about as contradictory a pair of results as you can get from the same sample. In another case, taking samples from different sections on the same poop gave different bacterial readings. Bacterial strains do not have uniform distribution throughout the turd.

Blood Testing: Each blood drop is different from the next. This is where services like Theranos ran afoul of reality—they claimed they could test individual drops of blood for dozens of biomarkers. That’s all well and good, but a single drop is not representative of the the rest of the blood.

Sleep Tracking: Commercial sleep tracking is notoriously inaccurate, overstimating sleep duration even comparing poorly to established medical devices for tracking sleep, like polysomnography (used in sleep studies) and actigraphs. They give a false sense of security. That’s dangerous. If you’re only sleeping 6 1/2 hours and feeling lousy, but the machine insists you’re getting a full 8 hours a night, and you trust it (it’s “objective” after all), you will jeopardize your health.

Let’s say the numbers are even accurate. This is only a snapshot of one drop of blood in one minute in a living organism, so trying to discern the truth from a single blood test is like trying to understand the plot of Gone with the Wind by looking at a movie poster. Then, when you factor in how inaccurate the numbers can be from machine to machine or from lab to lab, it makes it even more ridiculous to try to craft any kind of lifestyle strategy based on them.

Almost a decade ago, a routine visit to the doctor for a skin checkup almost got me placed on blood pressure meds. It was 140/100. I refused, opting to track my own blood pressure over the next week at home using a store-bought device. The results were stunning:

Across 50 readings, I never got the same numbers twice.

My highest was 133/92, taken after leaving the doctor’s office. My lowest was 102/66, that same night after dinner. So, I went from needing drugs and a low-salt diet to l0w-normal BP over the course of 24 hours.

That cemented for me how ridiculous it is to determine someone’s long-term health trajectory based on a single reading. Blood pressure, as with any physiological biomarker, fluctuates for a reason. When you’re exercising, it’s high to help shuttle oxygen and nutrients around the body. Stress also heightens the need for oxygen and nutrients—so you can deal with whatever stressor ails you—and thus increases blood pressure. It’s helpful when required, bad in excess.

Then there was the time I tested at almost 17% body fat despite looking like this.

Do you have energy all day?

Do you wake up feeling refreshed?

Do you want to work out?

Can you make it to lunch without eating or complaining?

Are you happy with your body composition?

These are the questions to ask. If you can answer affirmatively, what more do you want? I have trouble seeing how numbers on a device that may not even be accurate can improve on those subjective biomarkers.

Another danger of reliance on lab tests, not widely acknowledged, is that we lose touch with our bodies. When we have numbers for everything, why pay attention to something as inaccurate, imprecise, and subjective as “how I feel”?  After all, nobody bothers remembering phone numbers anymore. This will only worsen the more technology improves and accuracy increases. You’ll have robot doctors or implants hooked up to your smartphone analyzing your health using complex algorithms based on biomarkers that are 100% accurate. “Trust the AI,” they’ll say, and there’s some truth to that. Who are you to disregard a supercomputer with 1000x the brainpower of John von Neumann?

Call me a Luddite, but we lose something important in that scenario. Humans are the thinking and feeling animal. We ponder the meaning of life and possess intuitive powers. That’s what makes us so dominant—the ability to use executive functioning to harness and direct our more base urges and instincts. If we no longer have to feel and can rely on flawless biofeedback relayed by sensors and trackers, will we cease to be human?

I don’t know the answer to that. That’s a tough one.

For now, stop rejecting your birthright as intelligent animals. Hone your intuition rather than surrender it. Don’t enslave yourself to the numbers and lab results. That doesn’t mean ignore them outright—particularly if you have a serious condition that requires treatment. I’m not suggesting anyone skip out on their medical care. But there’s this to keep in mind: Quantification is a tool, it’s not the full answer.

You come first. What you say matters. At least for now, it’s often the best biofeedback we have.

What do you think, folks? How do you weigh objective biomarkers against subjective evaluations of how you’re looking, feeling, and performing? What provides the most value to your life and health? Thanks for reading.