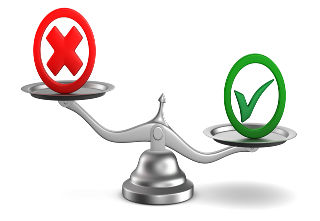 The Quest For a “Safe” Sweetener

I’m going to go ahead and assume that you’re a chronic label reader. Anything pre-packaged or processed in the supermarket has you scanning the ingredients list on the back as if your life depended on it. Certainly your livelihood does depend on it, so keep up the good work.

But even the most capable Primal ingredient-scourer can get more than a little confused by the many sweetener labels on today’s shelves. Sucrose, fructose, agave, aspartame, saccharin, sucralose, sugar alcohols, neotame…and of course stevia. Which of these would be considered a “safe” sweetener, by loose Primal standards at least?

Well, run-of-the mill sugar is off the cards for most health-savvy shoppers. In recent decades, sugar has overtaken fat as Public Enemy Number 1 in the dietary department, and it’s not without good cause. You know the drill – consuming more sugary sodas and sweetened foods has been unequivocally linked to diabetes, metabolic syndrome, obesity, and plenty more besides. There’s also the issue of sugar addiction to consider – the sweet tooth struggle is real, folks.

Then there’s the artificial sweeteners – the aspartames (NutraSweet) and sucraloses (Splenda) of the world. This lot have long been a go-to for diabetics and sadly-misinformed health fanatics, however their popularity has largely mirrored that of conventional sugars in recent years, with an average sales decline of between 3 and 4% per annum. Getting into the reasons why this decline is occurring is beyond the scope of this post – suffice to say that there’s a lot we don’t know about them, and artificial is almost always not to be trusted in my books.

The recent sweetener hiatus is certainly a good thing, but it still raises the question – is there a lesser evil when those cookie daydreams come a-knockin?

Enter the natural sweeteners. Honey has been around for eons, and will continue to be a favorite sweetener of mine – provided it’s in moderation and raw. But honey still possesses caloric hard hitting (a concern for some), and you don’t necessarily want every sweet thing you eat to taste like the stuff. Which leaves the two major contenders: agave and stevia.

Agave is perhaps worthy of it’s own post, so I won’t explore it’s ins and outs this time round. What we’re interested in today is stevia, and by popular association Truvia: are they the same thing? Which is healthier? Let’s find out.

In South America at least, stevia (Stevia rebaudiana) is nothing new. The locals have used the leaves of this small perennial herb for centuries as a “bio sweetener” and employed it in a variety of medicinal applications. Stevia contains several compounds that contribute to it’s legendary sweetness, including stevioside (300 times sweeter tasting than sucrose) and rebaudioside (up to 450 times sweeter than sucrose). Added to those quite frankly impressive sweet stats is the added bonus that stevia extracts don’t contain any calories, opening the door to nervous calorie-counters nationwide.

The popularity of stevia-based products has skyrocketed in recent years, with the worldwide market jumping from $336 million in 2014 to $578 million this year. It’s worth noting that this in the face of an across-the-board decline in sales of sugar and artificial sweeteners from 2011 to 2016.

Stevia extract products come in a variety of forms, however you’re most likely to get your hands on either a powdered or liquid formulation. While you might not always find them on your supermarket shelves, there’s plenty of 100% stevia leaf extract products available if you know where to look. Obviously, to ensure you’re getting the real deal, just take a look at the ingredients – there shouldn’t be anything other than “stevia leaf extract”. You’ll also know that this is the good stuff when you see the serving size – somewhere in the vicinity of one 80th of a teaspoon – like I said, potent stuff!

In the U.S., the FDA has yet to give the green light on crude stevia extracts or straight powdered stevia leaf, which unfortunately only leaves the refined extracts. That being said, much of the goodness from the plant still manages to make it’s way into the extracts available on our shelves. 100% pure stevia leaf extract products appear to be safe and side-effect free, with meta-analyses confirming that the commonly extracted compounds stevioside and rebaudioside are metabolized efficiently and with no known adverse effects.

What’s more, stevia has been linked to several positive health effects, such as blood sugar reduction and regulation, tooth decay prevention, and immune support. I also like that it’s more of a “whole food” sweetener alternative – the inclusion of amino acids and certain vitamins presumably ensures the body is more capable of metabolizing it than certain other sweeteners, sugar included.

The only downsides are a slightly bitter aftertaste with high doses, and the need to fork out a bit more coin for higher quality stevia extracts.

In just 5 years since it’s 2008 release, Truvia has become the second most popular sugar substitute in the U.S. Developed by Coco-Cola and Cargill, Truvia now controls the lion’s share of U.S. stevia brand sales, with $140 million of a total $336 million in 2014.

But popularity aside, Truvia isn’t as simple as a straight stevia extract. In descending order, Truvia contains:

The first thing you’ll note is that erythritol is the biggest ingredient in Truvia…not stevia. In fact, erythritol comprises around 85% of the product, which doesn’t leave much room for our hero, stevia. It’s not the end of the world – erythritol promotes antioxidant activity, is vasoprotective, and seems to promote good oral health. You’re also still getting the low calorie aspect and actually pretty decent blood sugar control from the erythritol.

There is, however, those natural flavors to contend with. They could be anything. Plus there’s no stevioside, the natural stevia compound that provides many of the health benefits I mentioned earlier. And finally there’s the fact that erythritol is made from GMO corn  – not necessarily a deal breaker given the quantities involved, but not ideal either.

As an aside, Truvia Nectar is now sweeping supermarket shelves; a sweetener alternative designed to taste and pour like honey. Truvia Nectar ingredients are honey, sugar, water, stevia leaf extract, and citric acid – implying that once again the actual stevia content is minimal. But considering most customers don’t read the ingredients label, it’ll probably sell like hotcakes. Heck, it’ll probably be smothering hotcakes in no time at all.

I’m always going to choose the simpler, more whole-food alternative when it comes to these kinds of things, and the average stevia extract you’ll find on the market still contains a decent amount of the original good stuff while sweetening the heck out of whatever you put it on or in.

As for Truvia, there’s just too many unknowns. More ingredients means higher risk of toxicity or complications, and when you don’t actually know what all the ingredients entail my alarm bells start ringing. It’s certainly not the worst sweetener alternative out there – not by a long shot – but it’s not the best, either.

As for stevia, seek out organic products guaranteeing 100% stevia leaf extract. It’s also worth remembering just how potent these sweeteners are: 450 times more potent, to be exact. Use it cautiously, and preferably consume it infrequently, and you’ll be just fine.

Thanks for reading, everyone. Have you ever used stevia extract, or partaken in the odd bout of Truvia? What’s your thoughts on the matter? Be sure to leave a comment below.

TAGS:  is it primal?, marketing, toxins