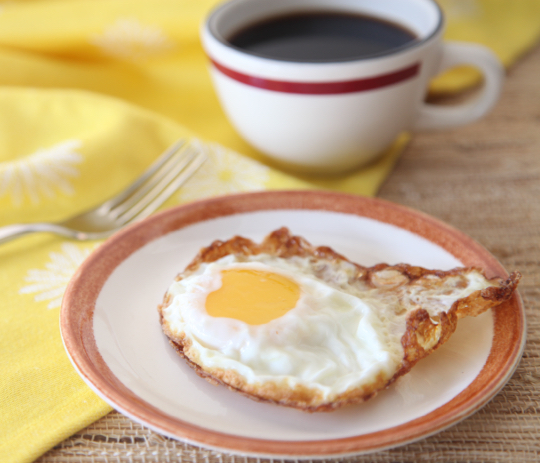 There’s only one reason to fry an egg in very hot extra virgin olive oil, and it’s a good one. This type of fried egg is often called “Spanish style” and there’s no arguing that it’s not delicious. The edges are so crispy, they shatter in your mouth. The white is soft and pillow-like and the yolk is warm and runny. The egg needs nothing more than salt (and maybe a dash of hot sauce) to be a memorable meal.

Once you’ve tasted a Spanish fried egg, you might never want to go back to rubbery, bland fried eggs again. But then there’s that issue of high heat oxidizing extra virgin olive oil, making it a poor choice for high heat cooking. Or is it?

When using this hot and quick method, the egg is in and out of the pan in less than two minutes. And there’s no need to get the oil so hot that it’s smoking. So a Spanish style fried egg is not likely to turn extra virgin olive oil into a health threat. And the truth is, no other fat works quite the same magic on a fried egg.

Coconut oil doesn’t deliver the same crispiness and it affects the flavor of the egg. Butter browns and starts to burn before the egg gets really crispy. Lard makes a good fried egg, but it doesn’t make a great Spanish style fried egg. The edges just don’t get as light and crispy as they do with olive oil. So, maybe a Spanish style fried egg isn’t something you eat every morning for breakfast, but if you don’t’ try it at least once, you’re missing out.

Time in the Kitchen: 5 minutes

Crack the egg into a cup.

Heat a small skillet over medium-high until it’s very hot. Add the olive oil. When the oil is hot (but not so hot that it’s smoking) gently slide the egg into skillet (watch out for hot oil splatters when the egg hits the skillet) The oil should be hot enough to make the edges of the egg start bubbling immediately when it hits the pan. 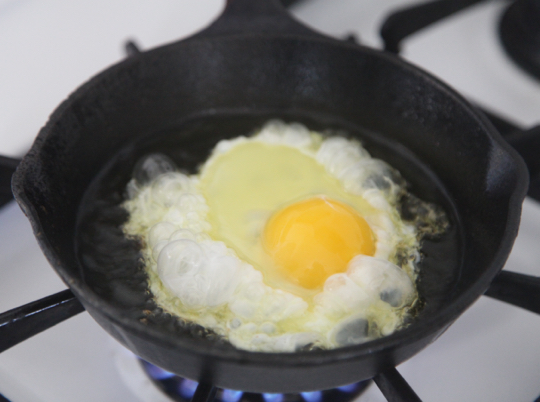 Cook the egg for 2 minutes or less, until the white is very crispy around the edges and puffed up around the yolk. If the edges of the egg are starting to burn or the oil seems on the verge of smoking, then turn the heat down slightly. 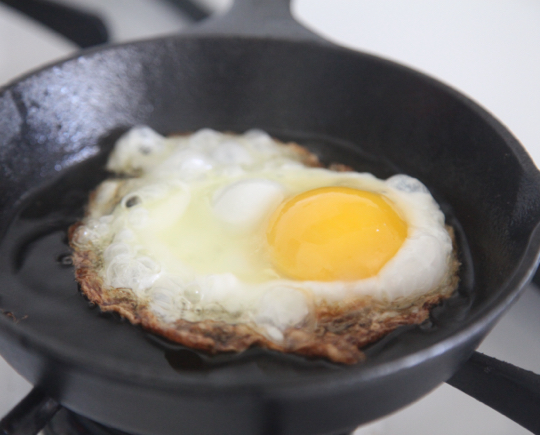 Run a metal spatula underneath the egg to keep it from sticking to the bottom of the saucepan, then slide or lift it out.

Sprinkle with salt and eat immediately. 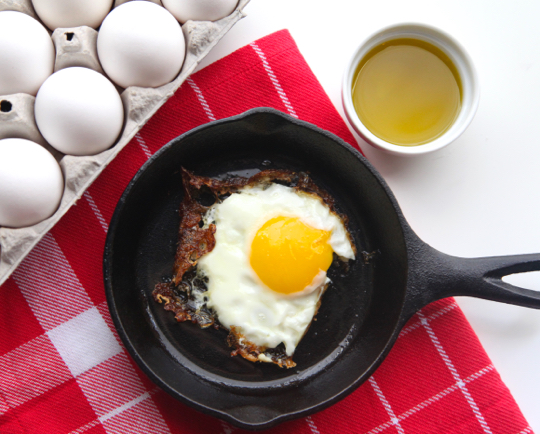