My name is Andrew Mencher. I am 29 years old. I’ve been following a Primal lifestyle for a little over two years now. I am writing this as a follow up to my previously published success story, which details my introduction to the Primal Blueprint, my struggles with starting, and the initial benefits I found while maintaining the lifestyle. I have since made adjustments, experimented, and undergone personal struggle and growth, all of which were influenced by and benefitted from the Primal Blueprint principles.

I’ll pick up where I left off, fall of 2016. Everything was going well until I had a surgery in Jan ’17 for an issue which could not be resolved otherwise and during the recovery I was diagnosed with Crohn’s. The diagnosis sparked something in me. It was part fear and part wake up call. I was engaged to be married that August, and I had (have) full intentions of starting a family. I was not going to let this disease interfere with my life and if I was going to be a role model to future adults who will contribute to society, I needed to healthy enough to do so. I got many consultations and they all ended the same, so I began regular infusions. 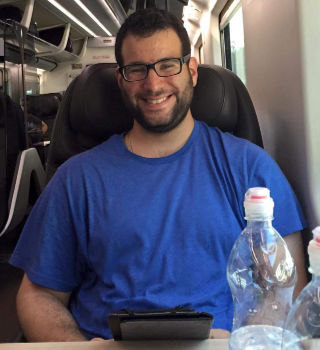 At the same time I became multiple orders of magnitude stricter with my diet. Not 80/20, more like 95/5, and now more like 98/2. I began to exercise in a way that was less likely to cause inflammation, did my best to try to sleep more (my main struggle currently), and I tried to spend more time outside. I adopted the Primal life as much as possible (I live in NY and work in an office in Manhattan, it’s not easy). My symptoms began to improve dramatically. There’s no proof, but I firmly believe that the increased Primal alignment in lifestyle assisted the efficacy of the infusions. I feel no pain and only minor inflammation on occasion. I do feel pain if I indulge though, which tells me it’s the diet as much as the medication which helps. And so with the stricter adherence to the principles I became a healthier individual. And with that, more weight came off. At the time of my wedding that August I was down to 207 (at 6’3”).

This is somewhat of an aside, but it has to do with our Primal conviction to eat locally grown food. Following my wedding my wife and I went on a once in a lifetime honeymoon to Thailand. But we’re more adventure than resort types (though we did spend a little time in Koh Samui getting massages and relaxing on some sand). That was an eye-opening trip. Thailand is still developing as a country. It has a rich history and a mostly Buddhist people, but there’s a lot of jungle and a lot of nature. The food supply chain there is minimal and most food is local. While there I avoided wheat but I did not avoid sugar as I normally would have and I ate more fruit and rice than I thought ever possible. Funny thing was I had no adverse gut reaction. I gained a little weight, but we were also hiking and walking enough that it was minimal. I got to see chickens everywhere and I swear they were little dinosaurs. It made me think about our fat farmed chickens here and how different they were. If you never had a SouthEast Asian drumstick from a random dino-chick, I’d highly suggest it. I believe the local production of the food and minimal processing and handling made the fruits and rices far less problematic for me to digest. I also discovered my favorite food ever, Khanom Krok a coconut cream custard pancake, which we can make into Khanom Grok, by removing the sugar and replacing with whatever low glycemic sweetener or no sweetener at all. I also discovered the Lamut fruit, which is like a cross between a mango and a avocado (also known as mamey in South America). I spent a lot of time in the mountain villages, in temples, and in nature, outside. It was enlightening how connected I felt to the earth and the people who resided there. It was calming and invigorating at the same time. I did not want to leave. Sadly I had to. When I returned home I was only more emboldened to spend time outside, exposing myself to a variety of elements, and I continue to do so.

As I continued to try to embody Grok, I also did some experimentation. I tried lactose free cheese as I previously thought I was lactose intolerant, and had an adverse reaction. I thought that was odd so I did some research. I discovered there’s a less known reaction to dairy based on the casein protein, rather than the lactose sugar. I also found out that each mammal has a different protein structure in their milk, so I ventured forth and acquired some goat yogurt. Finding it far less gross than expected to I actually enjoyed it. I also had no reaction to it. I then tried goat cheese, still no reaction, and finally straight up goat milk, no reaction. My joy at being able to reintroduce full fat dairy products into my life after a decade of avoiding them was immeasurable. Thank you Trader Joes for your goat brie, it’s divine.

Also I regularly intermittent fast for 15 or 16 hours (5-6 days of the week). This has helped me tremendously as I find it gives my gut time to heal and helps me deal with my hunger, as my hunger is just as much emotional as it is physiological.

At this time I have found that keeping my diet simple (meat, eggs, goat dairy, greens, and cruciferous veggies with the occasional squash, and keeping my oils to animal fats, coconut, and avocado oil) is fairly easy with routine and experience. I removed all powdered foods except for collagen, and my supplements are natural with no fillers (I thank Vinnie Tortorich for his Pure Vitamin Club magnesium, and those at Ancestral Supplements for their desiccated offal, they’ve been very helpful). I also recently learned to increase my salt intake as well as the benefits to the variety of different salts
by listening to Dr. James DiNicolantonio.

So I ventured into the next section for obsession. My movement. As mentioned in the other story, I’m fairly active. I am a martial artist, and I had been using the exercise bike and I did pushups and developed the muscles to do unassisted pull ups. But I needed more. I tried a bunch of things, I did yoga for a bit (challenging but not for me), I tried calisthenic
circuit training, which was helpful but didn’t stick. I was looking for what was missing. I found it. It was fun. I wasn’t having fun in my workouts. And yeah there are really un-fun parts to a workout, especially if you’re new to it, but overall if the entire experience is neutral or negative, I found it to be boring and annoying.

So I did some searching and I found an old site bookmark for GMB. Recently I was gifted the Elements program for the holidays which required no equipment, only space, and focuses on range of motion and body control through animal based movements and mindful movements. It clicked for me. It wasn’t about the activity any more, but rather learning and improving a new skill with my body. And that lead to a revelation about me for me. My motivation comes from learning and pursuing a useful activity and skill. I can now apply that to the rest of my future activities, in making sure they align with a useful objective or new skill rather than increasing a number of something or just a general health focus. I don’t have to work out for the sake of working out. I can learn and practice mindfulness at the same time.

Two tumultuous and eventful years keeping to the Primal lifestyle, trying to influence others to adopt the lifestyle, and watching them succeed, struggle, or for some straight up refuse, has taught me many lessons. I found a lot of success in consistency, self-love, compassion, and embracing the discomfort that comes with change. And they feed into each other. It’s a work in progress, but I don’t miss the old lifestyle of grains and sugars and self-congratulatory lethargy, spending weekends on the couch staring at a screen. I don’t even consider that an option anymore. 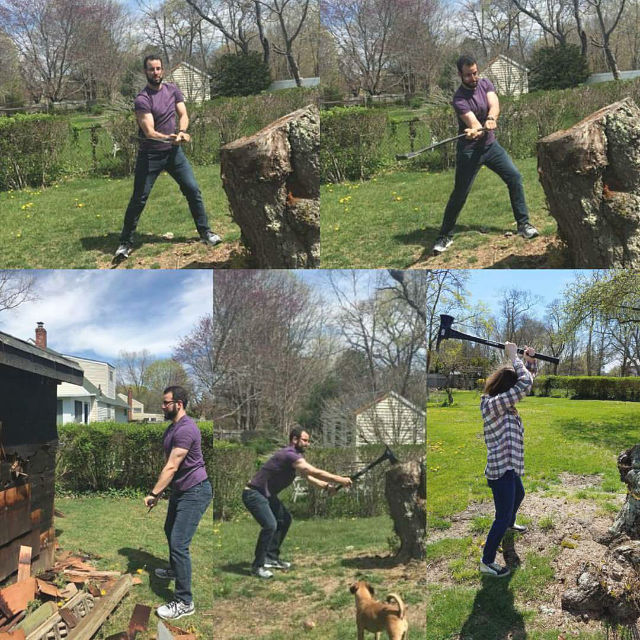 Sure I may miss pizza when I smell it, and the taste of a fresh baked pastry. But I know those are fleeting feelings of momentary pleasure, while the consistent feeling of a healthy body, and even the little serotonin burst from making a healthy decision not to eat a small dessert or piece of candy offered is well worth the rather small sacrifice of avoiding good tasting non-foods. I say non-foods because I no longer consider those items food as they are not nourishing. I also know I have issues with moderation, even with Primal foods. I cannot be around dark chocolate covered almonds. I will eat them all and search for more. Like I said it’s a work in progress and no-one is perfect. I’ve made my mistakes multiple times over (no more spicy curry), but I don’t beat myself up for them. I learn from them and I know that my next decision can be a healthful one, and the one after that, and the one after that. Small, successive, healthy decision-making leads to consistency and progress.

I mentioned embracing discomfort rather than accepting discomfort because I found that if I merely accept and resign myself to discomfort it’s a surrender and can lead to a negative association. Rather I found it more productive to explore the discomfort. Why am I uncomfortable, is it my mind playing a trick on me, is it pain or inconvenience, and so on. Each experience of discomfort is a learning opportunity. This lead to discoveries in why I felt hungry at certain times even though I had recently eaten, it helped me push through sticking to a workout routine no matter how I felt that day, and it helped me remain consistent in the lifestyle. That is not to say the lifestyle is uncomfortable, but rather it’s learning how to become more comfortable in a variety of situations. The more we avoid discomfort the less we progress and the chances of feeling uncomfortable with any change life throws your way increases.

The mindset behind healthful decision making has bled over into my personal life. I am progressing in my career and improving honest fulfilling relationships. I would like to extend a hearty thank you to Mark and the Primal Blueprint team. I look forward to continuing my Primal journey and hopefully inspiring others. Grok On and keep it consistent! 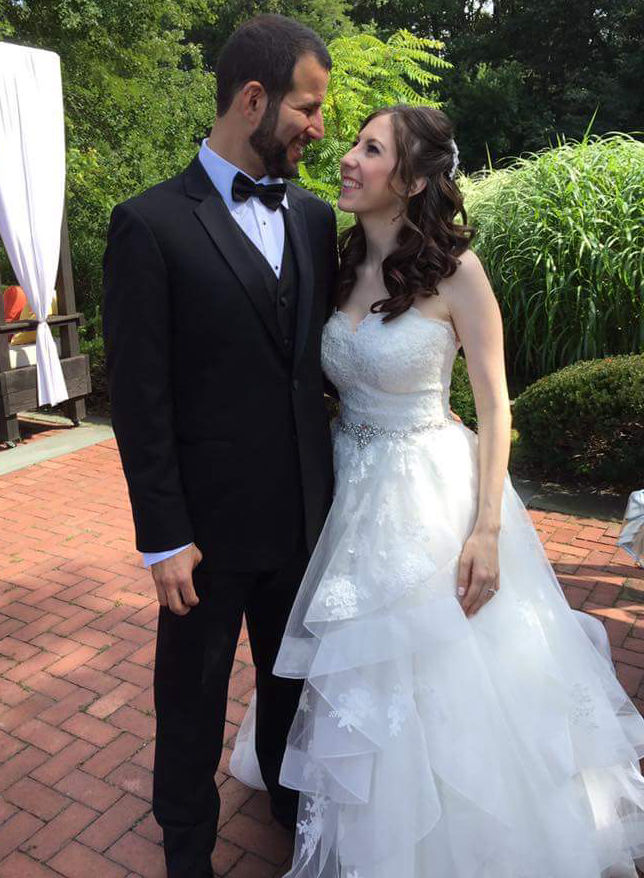