Should You Sleep-Low to Boost Performance? 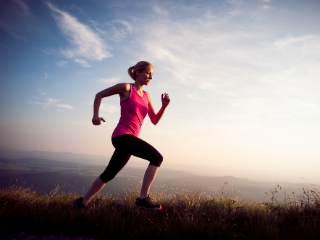 Thought experiment time. Say you train hard, hard enough to deplete a signifiant amount of glycogen. Your muscles are empty, sensitive to the effects of insulin, and screaming for a couple potatoes to refill glycogen. What do you do?

In most circles, the answer is to eat those potatoes and refill those glycogen stores. And why not? The post-workout period is a special window of opportunity for eating a bunch of carbs and having them go to the right places with minimal insulin required. They won’t contribute to fat storage. They’ll go straight to your muscles. Restocking glycogen sets your muscles up to repeat the hard work and keep up with your training. It makes sense.

That’s exactly what a team of French researchers had a group of highly trained male triathletes do, according to a study released a couple months back.

They were exploring the effects of a “sleep-low” eating regimen on the type of performance indices relevant to endurance athletes. It was a really interesting study.

First of all, everyone was highly-trained. These were elite triathletes, the cream of the crop. No weekend warriors in sight. They were split into two groups: a control group and a “sleep-low” group. After a three week induction period of identical diets, supplements, and training, the experimental phase commenced. Both groups ate the same total amount of carbohydrate (6 g/kg bodyweight) each day, just at different times. The control group ate theirs with every meal. The sleep-low group ate theirs at breakfast and lunch.

Training was identical for both groups. For four days straight each week, both would follow a routine.

In the afternoon, they’d perform high intensity training sessions, either 8×5 minutes cycling at 85% maximal aerobic power output (MAP) or 6×5 minutes running at 85% MAP (alternating each day) with a minute between each interval.

In the morning, they’d do low intensity aerobic (LIT) work before breakfast: an hour of cycling at 65% MAP.

The sleep-low group ate carbs at breakfast, lunch, and a pre-workout snack. Then a HIT workout. No carbs until breakfast the next day after the LIT session.

After three weeks, the scientists subjected both groups to submaximal (LIT) and supramaximal (HIT) cycling performance tests, Vo2max tests, and a 10k run (to simulate the final leg of a triathlon). The sleep-low group performed these tests in a “low-carb availability” state (low glycogen). The control group performed them in a carb-replete state.

Submaximal efficiency (power output per calorie burned when pedaling at moderate intensity) greatly improved in the sleep-low group. The control group saw very little improvement. This is a crucial biomarker for endurance athletes. If your submaximal efficiency is high, you get more power out of each stride/pedal/stroke with less energy required. That means your “easy pace” is faster than the other runners.

The sleep-low group’s supramaximal capacity also saw a major boost. They were able to cycle at 150% of their Vo2max for around 12-20% longer than before. There was very little improvement in the control group.

Even though they were all quite lean to begin with and this wasn’t the purpose of the study, the sleep-low group lost more body fat.

This was the “have your cake and eat it too so just long as it’s not at dinner” study. When they did HIT, they were glycogen-replete and dominant. When they did LIT, they were running on fat and just as dominant. They weren’t on a keto diet. They rapidly reached the very-low carb/ketogenic state for a good portion of the day by depleting glycogen and failing to replace it, from the afternoon snack to the post-workout breakfast. They weren’t just “high-carb.” They were smart carb, filling the glycogen, depleting it, and forcing their bodies to run on fat for a while.

What’s truly remarkable is that this was a short-term study. Three weeks of experimental conditions were plenty for the benefits to accrue and amass. They didn’t have to spend six months getting adapted. They didn’t go through a keto induction period. They manipulated the pattern of energy substrate use through carb and workout timing. This is simple stuff anyone could do. And if the elite athletes (triathlons are no joke!) can benefit from it, I’m pretty sure the average person trying to improve performance will see benefits.

Another cool part is that even though the sleep-low group performed HIT workouts in the carb-fed state throughout the study, they were tested in a carb-depleted state and still saw huge improvements. They “trained low, raced low” when it came to submaximal endurance and “trained high, raced low” when it came to supramaximal capacity—and both modalities improved. That’s huge.

What’s going on is forced adaptation. By waiting to eat more carbs immediately after you deplete yours, your body has to upregulate fat metabolism. You will get the carbs soon enough—you’re going to eat them the next day after your morning workout—but you make your body wait a bit. In the meantime, it has to work with what it has available: fat. This study is just the latest to show that forcing these adaptations can have real benefits.

If you wanted to try this out yourself, you could follow the schedule in the study. You’d have to have a lot of free time and flexibility, but it’d probably work.

If you’re a normal person with a normal schedule, you could do a truncated version. Eat carbs before your high intensity workouts and none after. Go for a walk or a light jog in the morning before breakfast. Eat carbs with breakfast and lunch and perhaps a snack before your high intensity workout. You probably don’t need the 6 grams of carbs per kg of bodyweight the athletes ate in this study. Whatever you do, be sure to really deplete glycogen and wait for 12-16 hours to refill it.

Standard low-carb dieting promotes similar adaptations, but it works more slowly. Glycogen depletion takes a while if you aren’t training intensely, so you can speed up the process by throwing in some sprint, circuit, or HIIT workouts.

I know from personal experience that this can work (hence Primal Endurance). Once or twice a week, I like to fast after workouts. That’s a slightly more extreme version of post-workout carb abstention, but it’s the same idea: withholding food and forcing your body to adapt. This increases growth hormone (important for fat burning and cellular repair) and speeds up fat adaptation.

So, who’s interested in trying this out? Anyone? Let me know how it goes in the comment section!