Should You Reduce Your Iron Intake? 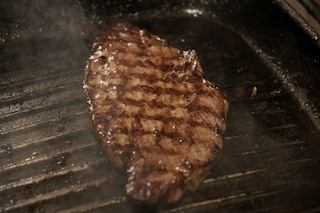 Iron has an unequivocally positive reputation among the general public. After all, pregnant women use it to construct tiny humans, tiny humans use it to become slightly larger, more functional humans, and our cells require it to grow. And in many developing countries, iron deficiency is a real issue. Too little iron can have disastrous effects on cognition, growth, and overall physical robustness. Even adult women who aren’t building tiny humans inside their wombs may run low on iron due to menstrual cycle blood loss. Ask the average person and you’ll hear “the more iron, the better.” Consequently, many countries mandate iron fortification of wheat flour; in the US, we fortify pretty much everything with the stuff because it’s just so, so good for us. Is it true, though?

There’s another side to iron. Its inherent proclivity for electron exchange can create free radicals that damage DNA, cells, and blood lipids. Observational studies link iron intake and stored iron to diseases and disease states like type 2 diabetes, heart disease, insulin resistance, inflammation, Alzheimer’s disease, hypertension, fatty liver, hypothyroidism, arthritis, and cancer. The list of disease states connected to excess body stores of iron is impressive and, frankly, daunting. You name it, it’s probably linked to excess iron levels. A huge post on the link between iron fortification and obesity went up at Free the Animal earlier this year. Heck, one researcher even thinks the iron content of tobacco smoke may be responsible for its negative health effects.

Does that mean iron causes these diseases and we should all stop eating red meat forever? No. There’s more to the story, of course, and observational studies can’t prove anything, but the breadth of connections should give you pause.

First, though, figure out if iron is a problem for you. Pregnant women, women who still menstruate, tots, babes, teens, tykes, kids: don’t worry about iron. Don’t stress. Eat and be merry.

Men, particularly those of you getting up in the years? Post-menopausal women? Get your ferritin levels tested. Ignore the suggested normal range, which for men is a massive 18-270 and for women is 18-160. What, are we supposed to believe that a ferritin level of 25 is just as normal as one of 240? Nonsense. There’s a lot of room for things to go wrong there.

A 40-60 range might be ideal, as drops in insulin sensitivity have been seen at slightly higher levels, but don’t quote me on that. The true ideal, if it exists, is likely going to be very personalized. In general, lower is better, as long as you’re not feeling any negative effects (fatigue, hair falling out, poor gym performance, etc).

Although we have mechanisms in place for regulation of iron absorption—and there are many ways we can actively change how much iron we absorb—men of any age and post-menopausal women have no mechanisms to shed excess iron. It can be done, but you have to be proactive and, most importantly, aware of the issue. Your body isn’t going to handle it for you.

So how can we handle things? We can regulate iron levels by altering how we absorb it and taking extra-physiological steps to excrete it. We can also mitigate any negative effects of ingested iron.

Eat a diet rich in polyphenols, flavanols, phytonutrients, and other plant-derived antioxidant compounds. Many of these phytonutrients inhibit iron absorption, and some of the ones we eat show up in our LDL particles where they exert protective effects against oxidants like iron. I’m talking about curcumin (from turmeric), quercetin (from apples, onions, and many other plant foods), grapes—the colorful spices and herbs and plants.

Drink coffee and/or tea with your meals. Coffee inhibits iron absorption (and instant coffee seems to be the most effective!). So does tea, both black and green. Maybe that’s partially why coffee is constantly associated with lower rates of mortality from all causes.

Eat dairy after meals. Dairy, especially the calcium it contains, is a potent inhibitor of iron absorption. More than that, calcium reduces any carcinogenic interactions between heme iron and colonic cells. That’s right; the majority of the animal studies purporting to show a link between red meat/heme intake and colorectal cancer use low-calcium diets or else the cancer won’t “take.” Scared of dairy? Most people can tolerate some form of high-quality dairy, whether it’s kefir, yogurt, hard cheese, or raw milk.

Avoid eating red meat with iron-fortified food. Not only are the two types of iron additive, but they may synergize as heme iron actively increases absorption of non-heme iron.

Drink mineral water with your meals. High-calcium mineral water can both inhibit iron absorption and reduce the carcinogenicity of heme in the colon.

Train regularly. Intense exercise reduces iron stores. This is a problem for chronic exercises, particularly young women at risk for full-blown iron deficiency anemia, but it can be a helpful strategy for moderate iron reduction and may even explain some of the benefits seen with regular training.

Avoid isolated sources of omega-6 PUFAs. The proposed mechanism mediating the relationship between heme intake and colorectal cancer is heme’s oxidative effect on fatty acids. Which fats are subject to peroxidation, though? PUFAs. In one study, feeding heme iron to rats promoted colon cancer only when fed alongside high-PUFA safflower oil. Feeding MUFA-rich and far more oxidatively-stable olive oil alongside the heme prevented the colon carcinogenesis. In another paper, only mice consuming fish oil-based and safflower oil-based diets exhibited carcinogenic fecal peroxides after eating heme iron; a coconut oil-based group of mice had no negative reaction to heme.

I suspect the association between colon cancer risk and heme iron intake is largely mediated by PUFA intake. Among a cohort of US nurses, high heme intake had moderate links to colon cancer. Among a cohort of Swedish women, the association was far weaker. US intake of PUFA is on the high side, with around 7% of calories coming from PUFA (mostly vegetable oil). Swedish intake of PUFA is under 5% of calories, with a greater proportion coming from fish.

Does this mean you have to ditch all PUFAs? Of course not. Nuts and seeds are good and contain inhibitors of iron absorption that balance out the interaction between the PUFAs and heme iron; refined soybean oil and corn oil just PUFA and little else. If you’re eating lots of polyunsaturated fats with your meat, if you’re cooking your meat in bad oils, or you’re eating meat that’s been cooked in refined high-PUFA seed oils (like most prepared and restaurant food), iron may cause problems.

Give blood (if you’re not already giving it unwillingly). Blood donation, or phlebotomy, is the most effective way to reduce iron stores and tends to increase insulin sensitivity. In insulin resistant men with fatty liver, blood donation normalized insulin sensitivity and liver enzymes.  In meat eaters, blood donation reduced ferritin levels to match those of lacto-ovo-vegetarians and improved insulin sensitivity. One study even tested the effect of randomized phlebotomy on cancer incidence. After four and a half years, those subjects placed in the phlebotomy group lived longer, had less cancer, and had lower ferritin levels than the subjects who didn’t donate blood.

Blood donation is the biggest take home from the entire post, if you ask me. You don’t have to adopt an entire new way of eating. You don’t have to take a bunch of supplements. You just go down to the clinic and give some blood. It’s good for you and good for people who need your blood. If you’ve got a husband or family member who refuses to adopt a Primal way of eating, just convince him to give blood. It might really help.

Even though they’re the ones likely to benefit most from it, people with hypertension or type 2 diabetes are usually barred from giving blood. That’s unfortunate and misguided, as little to no evidence exists those groups are any likelier to have adverse reactions to blood donation. I’m not sure what avenue exists for them.

The idea of iron being wholly “bad” doesn’t jibe for me. High-heme red meat intake has trended downward and low-heme poultry has trended up, particularly in the US, yet the metabolic disorders and diseases associated with excess iron are progressing. In the context of a diet rich in refined PUFA oils and iron-fortified cereal grain products and deficient in colorful and phytonutrient-rich fruits, vegetables, chocolate, coffee, and tea with healthy full-fat dairy? Yeah, I can see heme iron adding to the issue.

But rather than give up a nutrient-dense food like red meat (and liver), you can get the best of both worlds by employing the strategies described in this post.

What about you? Ever had your ferritin levels tested? Do you (perhaps unwittingly) use any of the methods described above? Do you give blood? Will you?

Thanks for reading, everyone. Take care and be sure to leave your thoughts below.

Collagen vs. Whey: Which Protein is Best For Your Needs?