Should You Be Getting More B Vitamins? 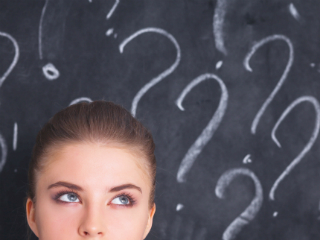 When it comes to obtaining sufficient amounts of certain micronutrients, you’re hyper vigilant. Magnesium? You’re eating spinach, throwing back magnesium glycinate, and adding Trace Mineral drops to your water. Iodine? You’re making dulse “bacon.” To bask in the holy triumvirate of vitamin K2, vitamin D3, and vitamin A, you’re willing to eat fermented cod liver oil and stinky natto. But as omnivores drawing upon a broad spectrum of plant and animal foods, Primal people tend to assume they have the B vitamins covered. It’s no wonder: punch a slab of beef chuck steak or a few ounces of liver into the USDA nutrient database and that whole B vitamin section seems to fill up.

Let’s take a look. You may be right. You may be totally fine. But it’s always nice to refresh your focus.

Thiamine is a co-enzyme used to produce ATP, the energy currency of the body. Without adequate thiamine, your power levels drop. Wouldn’t want to be low energy, would you?

Men need about 1.3 mg per day, women 1.2 (1.4 when pregnant or breastfeeding). High-dose thiamine (300 mg/day) is safe and has been used to improve glucose tolerance, fatigue after stroke, fatigue in multiple sclerosis, and fatigue in inflammatory bowel disease. In young women with adequate thiamine status, 50 mg/day improved reaction time.

Riboflavin is a facilitator; it helps activate other B-vitamins like folate, thiamin, and B-12. It’s also a necessary co-factor in glutathione recycling.

1.3 mg/day for men, 1.2 mg/day for women. Excess riboflavin is excreted in the urine, turning it yellow.

Like every other B vitamin, niacin figures prominently in the energy generation process, particularly the glucose-to-ATP pathway.

16 mg/day for men, 14 mg/day for women. Higher levels are safe if you can handle the flushing.

Originally classified as the 4th B vitamin, choline was downgraded, but I don’t buy it. Choline is incredibly important for liver and brain health, and people aren’t eating the egg yolks and liver that provide the biggest doses of it like they once did.

Pantothenic acid is present in most foods, so deficiency is really hard to attain. That doesn’t negate its importance in dozens of physiological processes.

There is no upper limit set for pantothenic acid, a strong indicator of its innocuousness.

B-6 is a co-factor in dozens of enzymatic reactions, including the synthesis of neurotransmitters and creation of proteins (like tryptophan).

Aim for about 2 mg a day. Long term mega doses (1000 mg/day) may cause sensory neuropathy, characterized by numbness, pain, and difficulty walking.

Another fallen B-vitamin, biotin is everywhere. We can’t make it from scratch, but our gut bacteria make it for us, it’s present in many foods in our diet, and our bodies can even recycle the biotin we’ve already used for later use.

30 micrograms per day for all adults. More for pregnant women.

Folate is a big one. It’s required for DNA methylation (a key component of gene expression) and synthesis of vital amino acids like methionine. Basically, if you want all the genes in your body to work and produce the proteins they’re meant to produce, you need folate.

If you eat animal products regularly and liver occasionally, you’ll be getting plenty of B12 in your diet. No need to supplement if you have none of the symptoms listed above. But if you have some of the symptoms, or you have a gastrointestinal disorder that may be compromising your ability to absorb vitamin B12, consider getting your levels tested during your next visit to the doctor. In that case, try 1 mg/day of sublingual methylcobalamin, which will bypass the intestinal tract and pass directly into the bloodstream.

Pregnant women usually need more of everything, and the B vitamins are no exception. Standouts for pregnant ladies include B12, choline, and folate. Any decent prenatal supplement will provide ample B vitamins.

People with depression may want to throw in a B-complex, which has been shown to improve depressive symptoms across all groups (severely depressed, mildly depressed, people without clinical depression) and increase B-12 and folate status. The involvement of various B vitamins in energy generation, neurotransmitter production, antioxidant capacity, and vitamin activation suggest it’s just a good idea  for depressive patients to be replete.

Heavy drinkers should probably take more B vitamins, as ethanol metabolism depletes pretty much all of them.

One way to determine your needs is to go through the list of symptoms and see what applies to you.

Another is to get your serum levels tested, particularly if you suspect a deficiency.

But seriously, folks: just eat a quarter to a half pound of ruminant liver every week. It’s the best way to ensure you’re eating adequate amounts of practically every B vitamin you need. That little dose of liver combined with an overall healthy diet rich in animal products, leafy greens, nuts, mushrooms, and other foods mentioned in the vitamin profiles from today’s post will provide plenty.

Thanks for reading, everyone, and I hope today’s post was informative!