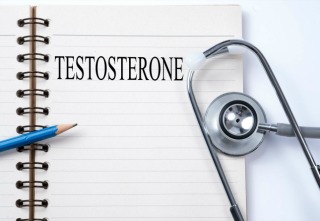 After I turned 60, a routine checkup showed that I had lower-than-normal free testosterone levels. I hadn’t noticed anything that would have alerted me. No symptoms. No indication. Everything worked well. But it nagged at me. I knew testosterone did much more for a man’s health than just “build muscle”—which I had no real interest in at this point—so I decided to explore TRT, or testosterone replacement therapy.

I did a careful survey of the literature, coming away pleasantly surprised. The evidence was almost uniformly in favor, with the well-constructed studies showing major benefits for TRT. This is TRT, mind you. Not “juicing,” not steroid abuse. Restoration of biologically-appropriate levels of testosterone. Thus began my experiment….

In men with low testosterone levels, restoring those levels with TRT reduces the risk of atrial fibrillation.

Stepping back to look at the big picture, TRT starts looking even better:

Not bad, right? Most people have a knee-jerk reaction to the notion of TRT. They think it means “cheating,” or “trying to look like one of those bodybuilding cover models.” But these are reasonable things to want as a person ages—no atrial fibrillations, an existent libido, lower body fat, strength maintenance, better metabolic health, and the ability to simply function in life. I’d go so far as to say everyone should have those things. It would take care of a lot of issues our world faces.

So, I talked to my doctor. He prescribed a small dose of supplemental testosterone, and (as I’ve mentioned on podcasts over the last few years) I began taking it.

What did I notice?

Really subtle things. My sense of “well-being” improved. Instead of ruminating on the things I wasn’t doing, I’d just move past them. Or take care of them, one way or another.

Maybe a small increase in overall energy. This wasn’t an issue, so it was difficult for me to perceive, but I think I felt a trifle more energetic throughout the day.

A boost to strength—with a caveat. It wasn’t that testosterone was making me stronger. It was giving me a more pronounced response to the training I was already doing.

Recently, I did two months without the TRT to see how I’d fare. It was fine. My free T got “up” to 6 pg and my total hit 600 ng. Free T is a little on the low end, but, again, there were no symptoms.

Using both ancient wisdom and modern science and technology, the Primal Blueprint seeks to restore ancestral metabolic health, emulate evolutionary movement patterns, and undo the damage modern living has wrought on our physiology and psychology. Testosterone levels in Western men have plummeted in the last few decades. We don’t have to just accept it.

To the extent you can find ways to improve your quality of life both short-term and long and not mess with delicate feedback loops, I suspect certain meds might be useful, like T3 for thyroid issues, despite one’s being full Primal, or metformin for life extension.

My wife, Carrie, has taken bioidentical hormones for years to deal with the symptoms of menopause. They’ve worked great for her. They weren’t available for most of human (pre)history, yet they’ve been an unequivocal boon to her life.

I see TRT filling a similar role: as a modern tool to restore the ancestral baseline.

Just like taking antibiotics to eliminate a nasty infection you picked up at the hospital.

Just like using Meetup to find your tribe in your city.

Just like using iron barbells and weights forged in industrial metal plants run by robots to get stronger, fitter, and faster.

Being Primal is about utilizing modern tools to achieve ancestral health and wellness.

Once we hit a certain age, 50, 60, 65, “nature” doesn’t care about our ability to provide resources, hunt, fight, compete, or do any of the other things testosterone enables and enhances. That doesn’t mean we’re useless in an evolutionary sense—we still offer wisdom and leadership and grandparenting and our social support, all of which can improve the survival of our offspring—but our roles have changed. We just don’t “need” the same levels of testosterone.

That’s at a population level. Those are the selfish genes talking. We aren’t populations. We’re individuals. And as individuals, we don’t want to wither away into obsolescence. Live long, drop dead, remember?

But before you even think about TRT, confirm that you actually need it. And talk to a physician about risks, particularly if you have heart or prostate related issues.

Even if you get tested and your T and free T show up on the low end of dismal, consider other avenues you’ve been overlooking. First square away all the other factors that affect testosterone levels and ask yourself some questions. Are you sleeping 5 hours a night? Do you eat fast food every day? When’s the last time you picked up anything heavy or ran a sprint—or even taken a walk? Do you pamper yourself to the exclusion of ever feeling challenged? Do you blast the heat or air as soon as the temperature starts getting a little uncomfortable? Do you run from discomfort?

If you answered “yes” to any of these questions (or “never” to the third one), your lifestyle is the problem and TRT won’t address the real issue.

We live evolutionarily aberrant lives. Even someone like me, the Primal guy himself, can’t keep up with all the lifestyle tips and optimizations. I still work a lot, maybe too much. I still stress too much. I wish I could play more. I move around a lot and have streamlined my workstation to allow constant low level movement, but at some point there’s no getting around the fact that I spend an inordinate amount of time staring into a lit-up screen. As do hundreds of millions of people every day. And this all impacts our hormones.

Whenever we critique an observational study, we point to the confounding variables you can’t control. Because there’s always something screwing with the results that the researchers can’t quantify or detect. The same goes for life: We can’t control every variable that confounds our quest for optimal health. We do our part, certainly. We take responsibility. But then we also recognize we have modern choices as well.

TRT, or thyroid hormone, or antibiotics when you need them, or a CrossFit membership might look evolutionarily novel or synthetic at first glance, but they seek to right a wrong perpetrated on the human body, to restore a balance, to achieve your genetic destiny.

Anyway, that’s my take on testosterone replacement therapy—and use of meds or hormones in general for the purpose of restoring what was lost or taken from you. It’s a messy world, this modern one, and we can use all the help we can get.

Thanks for stopping by today. What do you think, folks? What’s your take on the subject? Have a great week.