Self-Control: The Ultimate Exercise of Freedom 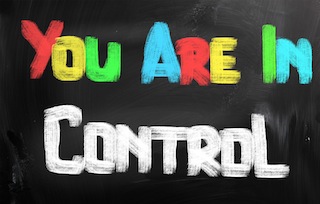 I’ll admit I’ve come to significantly edit my environment over the years. I work largely from home and have my favorite haunts and destinations as well as a close circle of like-minded family and friends. The nature of my work automatically puts me in touch mostly with those who have similar goals and lifestyles. Even my media is customized (easy to do these days with the way we’re tracked by bots). I never watch television or listen to radio that has commercials. Without thinking too much about it, my environment is for the most part very Primally oriented.

When I’m out and about, however, it can feel a little like culture shock. A few weeks ago I went to a movie and made the mistake (actually accident) of getting there early. I was one of the few without tubs, packages and cups in hand, and I watched as ads for soda and candy flashed again and again. In my boredom, I noticed a curious pattern. Every time there was a shot of cola flowing, everyone with a soda drank. Every time there was an image of a person eating, everyone with food ate. The themes of joy, celebration and indulgence were all the same, and one soda ad actually stated, “Choose happiness.” It’s speculation, of course, but I wonder how many of this people felt emotional affirmation around their “choice” to buy all the junk food they did.

In a culture that worships (and markets to) impulse, self-control has all the appeal of soggy blanket. We see discipline as an imposition and chafe against the curtailment of our will. Cultural messaging and social belonging often hinge on following blind custom or our most unhealthy momentary inclinations. We exercise our autonomy or “choice” through (often market influenced) poor decisions. Freedom is conflated with whim. Any attempt to rein in stupidity is more than just the voice of a killjoy but an act of aggression. We’ve become such a precious, entitled bunch that the mere suggestion we temper our instinctive response feels like an insult. Where does that leave our health? Look around….

If we think thumbing our noses at self-discipline makes us happier in the long-term – OR short-term – we’re wrong. The higher study subjects rated their self-control, the more satisfied they were with their lives. They were even happier when facing temptation. Likewise, other studies show those with strong self-control enjoy happier close relationships as well as more secure attachments within relationships, better school performance, lower rates of addiction, higher self-esteem and healthier emotional responses. But aren’t those with self-control beset with constant struggle against draws of temptation? The research shows those with ample self-control tend to minimize situations that conflict with their goals (a smart tactic that, researchers suggest, helps even the short-term score for happiness).

Nonetheless, we can’t always live in a Primal bubble – my movie theater experience being case in point. In those instances, however, I think we can acknowledge an unhealthy desire/craving/bout of laziness, even respect it within a thoughtful context – as we reflect on its innate purpose within primal history (e.g. sugar used to equal limited availability, nutrient dense fruit for our ancestors). We can understand it within physiological and neurological explanations. And yet we also see it for what it is – an urge that doesn’t serve our interests – and treat it as such.

It’s not about emotionally bludgeoning ourselves for feeling drawn to the dessert cart at a restaurant or appreciating the warm comfort of our beds when it’s time for our morning workouts. It’s about giving all inner “contributors” their due without identifying with the ones we don’t want running the show. Controlling the self (self-control) isn’t ultimately about controlling a singular self in relation to the outside environment but about managing the inner voices that respond to it.

We can achieve this with some proper detachment: recognizing that something “in me” wants that donut rather than “I” want that donut. Instead of ignoring that vexing part of yourself, you can ask what else might take care of it in the moment. Some of us might require more “care” in that regard, and there’s no judgment on that. It’s all useful input – self-knowledge.

Think of a long car ride with young children. (Those of you who’ve had the distinct pleasure probably already know what I’m talking about here….) You pace the drive with their needs in mind – plenty of stops, well-timed meals and snacks, a longer midday break, the promise of pool time at the hotel, etc.. You provide whatever games, conversation, and other activities you can to keep the young ones busy and relatively happy in the meantime. You respect their needs as passengers with certain limitations, shall we say, but you don’t give up the trip, ask them to navigate or let them drive the car.

Likewise, we can attend to our inclinations and perhaps the genuine needs behind them without giving them dominion over our lives and well-being. You’re tired at 3:00 p.m.? Step away from the vending machine and go walk outside for ten minutes in the bright sunlight. If you work from home, take a power nap.

Again, it’s all about learning to identify who we want leading the charge – our thoughts or the bigger awareness of our thoughts. Call it whatever you want, but we all have it. Maturity – and self-control – can be described as the gradual development of a thoughtful, effective filing system for inputs and impulses that organizes itself around healthy priorities. We first have to know that someone/something in us can actually do that filing…. A lot of people never quite get to that point, choosing to (in many areas at least) fly by the next urge that arises, flinging it eventually into a massive pile that never lends order or priority to how they run their days – or lives.

Likewise, self-control isn’t just about what we give up, what we say no to, what we stay away from – in short, what we avoid. Not to be overly simplistic (I’ll admit I usually hate it when people indulge in these word games), but “avoid” breaks down into “a void.” It’s what we say yes to, what fills the space. If we focus our days on what we can’t have, we’re still giving it power over us. We’re still mentally obsessing about the donut even if we never eat it. At any given moment, we can get perspective by asking what we’re psychologically orbiting around.

What’s much easier is focusing on what we want to see happen – what we wish to prioritize. We can either live in response to our environments or live with direction toward our greater visions. I’ve said before, true discipline isn’t about self-restraint but self-possession.

In this way, self-control opens the door to intentional living. Our goals are next to impossible without self-control. The fact is, self-control allows the fruition of our intent by giving it space (that “void”), which would otherwise be subsumed by momentary whim and distraction.

At it’s best, self-control doesn’t revolve around deprivation, denial or chastising but clarity, intention, and attunement. We don’t disown elements of ourselves but get clear about what role we want them to have in our decision-making. We don’t punish ourselves or take pride in how little we can force ourselves to live with. We create an over-arching vision for our lives and make choices that take care of our needs in ways that also serve that plan.

In that regard, self-control is the ultimate exercise of freedom – a freedom that comes from self-determination of one’s life unbound from both cultural norms and lesser impulses. What we call control is, in fact, the alignment and actualizing of our higher will.

Thanks for reading, everyone. Share your thoughts, and have a great end to the week.