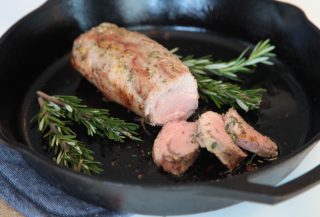 Pork tenderloin cooks quickly and can be an easy weeknight meal, but the fear of ending up with a dry and flavorless dinner is real. Pork tenderloin is a lean cut, and the lack of fat makes it an unforgiving cut of meat. But when pork tenderloin is cooked right, it’s a succulent, mouthwatering meal that can be on the table in no time.

This recipe takes a three-pronged approach to cooking perfect pork tenderloin. One, rub it down with a flavorful marinade. Two, wrap it in fat. Three, sear it in the same hot skillet that it roasts in.

The marinade here—garlic, rosemary, mustard and salt—is a tried-and-true flavor combination for pork. The fat wrapped around the tenderloin, however, is a little less commonplace. Instead of bacon, this tenderloin is wrapped in pork caul fat, a paper-thin fatty membrane that lines the stomach cavity of pigs. Caul fat looks like a lacey spider web, although it’s not nearly as delicate as it looks. It can easily be stretched, pulled and snugly wrapped around just about anything. The caul fat melts into the meat as it cooks, adding juicy fat and flavor.

Plan ahead, because caul fat usually needs to be special ordered from a butcher. You’re likely to end up with more than you need for just this pork tenderloin, but that’s a good thing. Caul fat can also be wrapped around sausage patties, meatballs, meatloaf and any type of roast. Extra caul fat can be frozen, and defrosted in the refrigerator before using.

Time in the Kitchen: 45 minutes 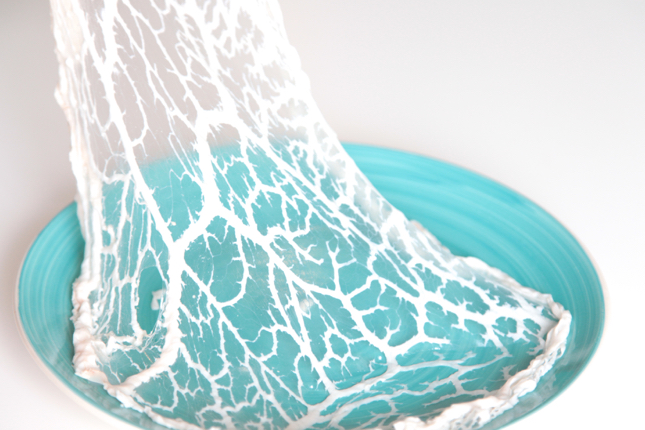 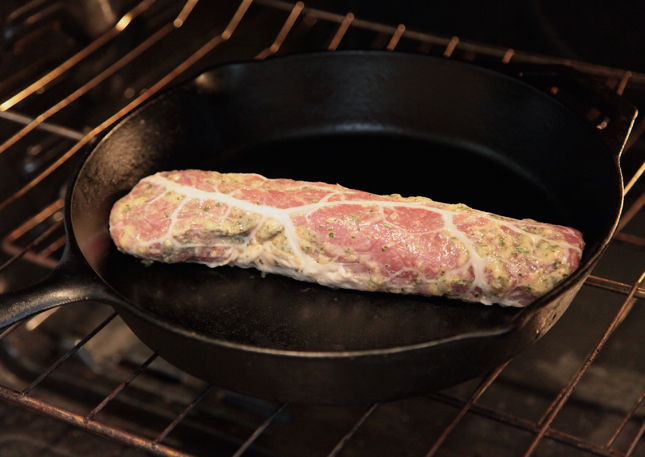 In a small bowl, mix together garlic, rosemary, salt and oil. Pat the pork dry. Rub the marinade all over the pork tenderloin. Do this at least 15 minutes before cooking the pork. Or, rub the roast down in the morning and refrigerate up to 8 hours before cooking.

Wrap the roast snugly in one layer of caul fat.

Put the pork in the hot skillet. Roast 10 minutes.

Turn the oven temp down to 375 F/190. Flip the loin and roast 5 to 10 minutes more—or until the thickest part reaches 140 to 145 F/60 C. The caul fat will help keep the meat moist, so even if the internal temp goes higher, the meat should still be moist and flavorful.

Remove from the oven and let rest 10 minutes before slicing.