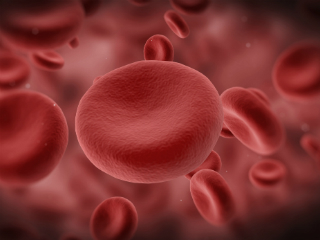 For today’s edition of Dear Mark, I’m answering a pair questions that, well, question some of the fundamental principles of Primal living and eating. First up concerns a study seeming to show that linoleic acid (from seed oils) is a healthier, less inflammatory choice than olive oil or fish oil. Could it be true? Find out below. Then, I discuss the existence of obese female figurines from the paleolithic as evidence of obesity in actual paleo populations. Does a doll with a belly mean the Primal way of eating, living, and moving needs to be reworked?

Interesting paper. Thanks for the link.

The relationship of diet to the fatty acids in the body to health is interesting, and we have to be careful about assuming that the relationship is straightforward. For example, one recent paper examined how fatty acids of varying chain lengths relate to the risk of type 2 diabetes. Drawing on results from over 340,000 people across eight European countries, the researchers found:

Odd-chain saturated fatty acids were linked to lower rates of type 2 diabetes. These include pentadecanoic acid and heptadecanoic acid, found abundantly in dairy.

Sounds pretty damning, right? Hold on. In a comment to the journal, Dariush Mozaffarian makes an important point: plasma levels of fatty acids do not necessarily correlate with dietary intake of these fatty acids.

Although even-chain saturated fats are found in meat and butter, serum levels of those fats were not associated with consumption of those foods. Instead, people who ate the most sugar, potatoes, starchy foods, and drank the most alcohol—which Mozaffarian describes as “drivers of de novo lipogenesis”—had the highest serum levels of even-chain SFA. There was no relationship to meat or other foods actually rich in even-chain SFA. The likely explanation is that serum levels of “these SFAs are mainly derived from endogenous hepatic synthesis, driven by consumption of starch, sugars, and alcohol.”

Odd-chain saturated fat levels predicted dairy consumption, as you’d expect. This lines up with the growing evidence for the considerable health benefits of high-fat dairy.

Now let’s turn to the study you cite.

A group of adults had their red blood cell fatty acids analyzed and plotted against inflammation and diabetes biomarkers and body composition.

Oleic acid (a monounsaturated fat found in avocado oil and olive oil) and omega-3 (found in fish) were both linked to lower inflammation but had no relationship to insulin sensitivity, lean mass, or visceral fat. They were mostly neutral.

As far as I could tell, they didn’t track any saturated fats. Too bad.

Red blood cell linoleic acid does track well with dietary linoleic acid, so the people with lower inflammation, higher insulin sensitivity and other positive markers were eating linoleic acid. The authors remark that these were healthy adults, so it may be that RBC linoleic acid reflected consumption of healthy sources of linoleic acid like nuts and seeds. Notice that people with higher levels (and thus intakes) of linoleic acid had more lean mass, less visceral fat, and lower inflammation. In other words, they probably exercised more and ate better diets overall. Sure, you could argue that the linoleic acid was the causative factor promoting all these superior biomarkers, but you’d actually have to test for that; the current study did not.

But it also doesn’t mean oleic acid and fish oil are suddenly bad or useless. First of all, RBC oleic acid doesn’t necessarily indicate olive oil consumption. At least in rats, eating olive oil increases red blood cell PUFA (both omega-3 and linoleic acid). And we already have clear, clinical evidence for the direct benefits of consuming omega-3s and extra virgin olive oil, just as we do for nut and seed consumption.

Other studies have found different relationships between red blood cell linoleic acid and health. RBC linoleic acid has been linked to higher hip fracture risk and telomere shortening (a marker of aging), for example. Doesn’t mean “almonds are bad for you,” though.

The only solid takeaway–and it’s an important one—is that dietary linoleic acid is compatible with good health. Heck, I’ve been saying this for a long time. Nuts and seeds are good for you. But this study doesn’t let us make any conclusions about other dietary fats because the connection between other dietary fats and RBC fatty acids is less clear-cut.

As for the suggestion that the fats we espouse on the Primal eating plan, like coconut oil, olive oil, or butter, will crowd out the linoleic acid and counter the effects seen in this study, this doesn’t make that claim. In fact, a recent study from Finland examined the effects of diet on RBC fatty acid content and found that butter consumption did not affect the omega-3/omega-6 ratio in RBCs.

One day in the future, maybe I’ll take a closer look at the link between dietary fats and RBC fatty acids. For now, keep doing what you’re doing.

I must say that I love and share your entire approach to health, fitness and life in general.

I visited Malta some years ago and saw pictures of a statuette from paleolithic days. It was of a decidedly obese feminine form. Just for fun, I searched and found loads of other similar examples from all around Europe.

It would appear that obese females were around and even admired over their more svelte sisters.

Where does that leave our approach?

You’re probably referring to the Venus of Malta, similar to the famous Venus of Willendorf or any of the dozens of others obese female figurines from paleolithic Europe.

And yes: these are definite representations of obesity. Realistic, too—abdominal fat, large sagging breasts, rolls of fat, large thighs, knock knees. Whoever made these figures had seen it with their own eyes.  A recent analysis of available figurines from the paleolithic found that a hair over half of them depicted overweight or obesity. Why?

The Venus figurines represent the human potential for obesity. Sometimes that potential is realized, as humans have always had the genetic ability to become obese. Shove enough food in a person’s mouth for a long enough time and they’ll gain weight. Doesn’t matter how grass-fed, wild-caught, or low-carb that food is.

But that doesn’t mean obesity was common. You don’t make figurines and totems of the mundane. The Venus figures probably represented the abnormal, the ideal, the rare. And it wasn’t just the women who got unrealistic representations. Some of the earliest male figurines depict men with enormous erections spanning half their height. Are those realistic? Were foot-long penises the norm in the paleolithic?

Probably not. Look at us—who do we idolize? Are the body types we idealize common or rare?

Do most people look like Henry Cavill or Kim Kardashian? These are the body types we see most frequently in popular media—lean and muscular for the men, slim and voluptuous for the women. But walk through your average mall and the reality is decidedly different from the ideal. Or consider pornography, where every attribute is exaggerated and oversized. These are real humans with these physical endowments, but they aren’t normal or typical of the broader population.

If you’re wondering why any culture would revere obesity, it still happens today. Take the Bodi tribe of Ethiopia, whose men compete to gain the most weight (and female admirers) by drinking a calorie-dense blend of milk and blood, the “fattening rooms” of Calabar, Nigeria where young brides go to gain weight before marriage, or Mauritania, where obesity is a sign of prestige and a startling number of young girls are force-fed to make them fat.

But when the rubber meets the road, when people actually follow the Primal way of eating, living, and moving, good things tend to happen. This kind of obesity doesn’t develop. Since you love and share this entire approach to health, fitness, and life, I’d bet it’s working well for you, too. If Primal isn’t making you into a Venus figurine, don’t worry.

Thanks for reading, everyone. Take care and be sure to chime in with your input on today’s questions down below!